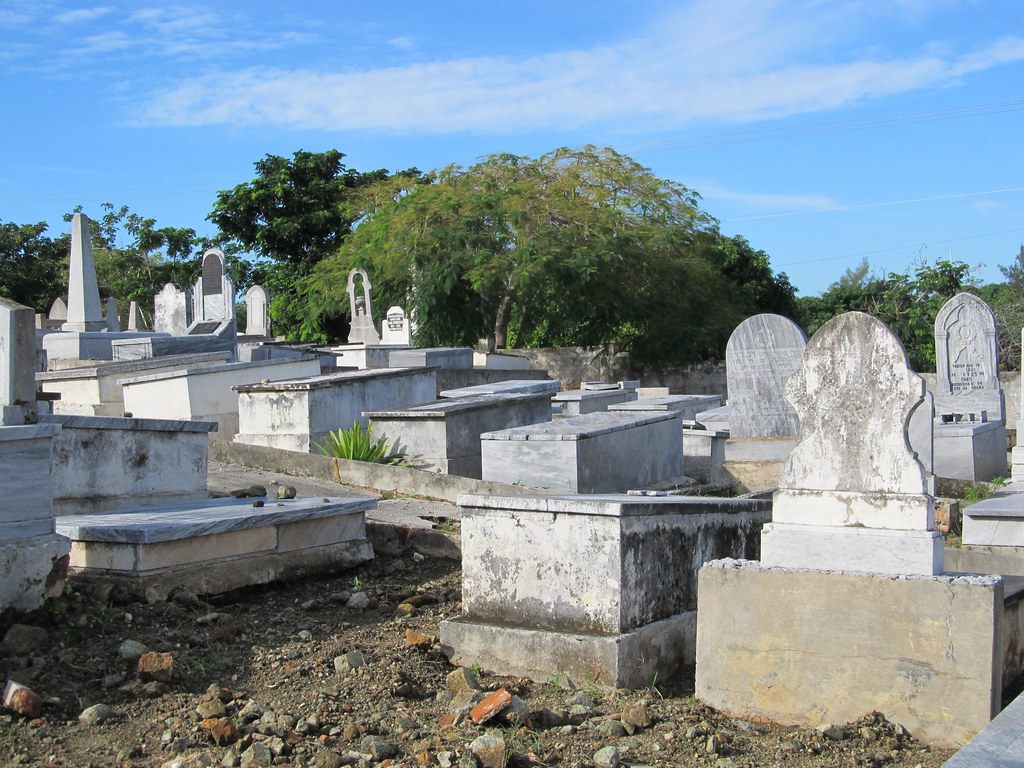 In the Guanabacoa neighborhood on the east side of Havana, a 109-year-old cemetery lies in ruin. Many of the headstones are cracked, chipped, or falling over. Grass is growing over the concrete. For years the site has been fading into memory.

To celebrate the capital city’s 500th anniversary this November, the local government has been working to restore historical sites across Havana. That includes this place—the oldest Jewish cemetery in Cuba.

For years members of Cuba’s Jewish community—a group that currently numbers about 1,500—have been trying to raise the $200,000 needed to repair the entire complex, according to David Prinstein, a prominent member of the community. Jewish groups in the United States have contributed money for the cemetery’s upkeep, but it hasn’t been enough to keep the site from slowly withering away.

Now, however, with support from Havana’s Office of the City Historian, the cemetery is starting to come back to life. Fifty of the 1,100 gravesites have already been restored, with another 150 scheduled for repair by the end of the year. A special room used to perform the Taharah—a ritualistic cleaning of the body in preparation for burial—has also been refurbished, according to the city historian’s office.

The cemetery has always held a special place in the Cuban Jewish community. Adela Dworin, another prominent member, told the Associated Press that the site connotes a sense of peace and calm.

Jewish people have had a presence in Cuba since the 15th century. A popular myth holds that three Jewish men arrived on the island after the Spanish Expulsion of 1492. Some say they traveled there with Christopher Columbus. These men were known as Marranos—Jews forced to convert to Catholicism. Later, during the 16th and 17th centuries, waves of Jewish immigrants arrived in Cuba from Brazil, fleeing persecution from the Portuguese colonialists.

Between World Wars I and II, many Jews fleeing Europe found safe harbor in Cuba. Some of them helped establish Cuba’s first Hebrew Society, and were key in securing land for the cemetery.

In 1947, a 10-foot-tall monument was dedicated to the memory of those killed during the Holocaust. Not far away, half a dozen bars of soap made from human fat are buried to memorialize those who suffered—a memory finally receiving the care it deserves.

German Researchers Are Investigating the Science Behind Soft-Pretzel Scent

How a Synagogue Caretaker Solved the Mystery of a Forgotten Graveyard

It took an anonymous complaint, Google Maps, and a box of 300 keys.
military history

After many a misadventure, his warplane is on display today.
animals

To Save a Rare Cuban Bat, Biologists Conducted a Census by Pedicure

How a standoff with Castro knocked a hole in the shrimping village of Thunderbolt.
Video