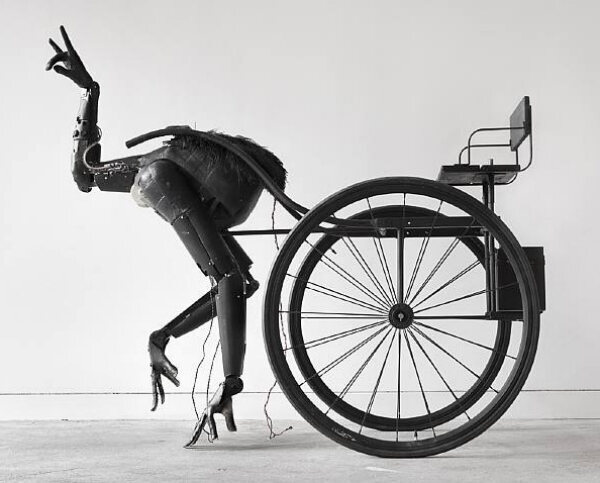 While it looks like it wheeled out of the surreal darkness of a Brothers Quay film, this Tim Lewis piece “Pony” is one of the many works of kinetic art that have creeped and creaked around the annual Kinetica Art Far. Today the fair opens at Ambika P3 in London and continues through the weekend, playing off the theme of “Perception and Reality.” Obviously, the “Pony,” shown at the 2009 fair, does a good job of challenging both, but it’s only the start of the exhibited wonders of movement-based creations that are as much about science as art. 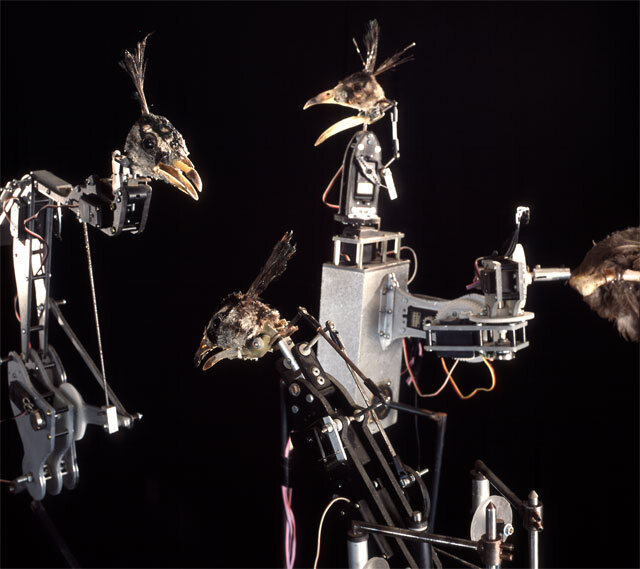 Christiaan Zwanikken, “The Good, The Bad, The Ugly”

This year’s mechanical menagerie includes many creepy and cool wonders, like Christiaan Zwanikken’s “Exoskeletal” that involves the idea of human shapeshifting and is comprised of a “body-extension suit” with a boar skull augmented with animatronics. Tim Lewis is showing “Pan,” a machine that is part man, part animal, that has “footsteps soft and silent” which “tread gently through the illusion of myth into reality.” There’s also duo Okhaos’s “Mechalgorythm,” a tribute to Jean Tinguely, that is a dragon-like pedal-powered bicycle machine that generates abstract paintings, and Gregory Barsamian’s “Die Falle,” a zoetrope that offers a glance into the world of dreams. The Kinetica Art Fair is organized by the roving Kinetica Museum, an arts organization devoted to these strange art robots year-round.

Finally, it would be just inexcusable not to haunt your own reality with seeing Tim Lewis’s “Pony” in action at the 2009 Kinetica Art Fair:

All images via the Kinetica Art Fair.