Rescuing the Letterpress Art Made for Movie Ads - Atlas Obscura 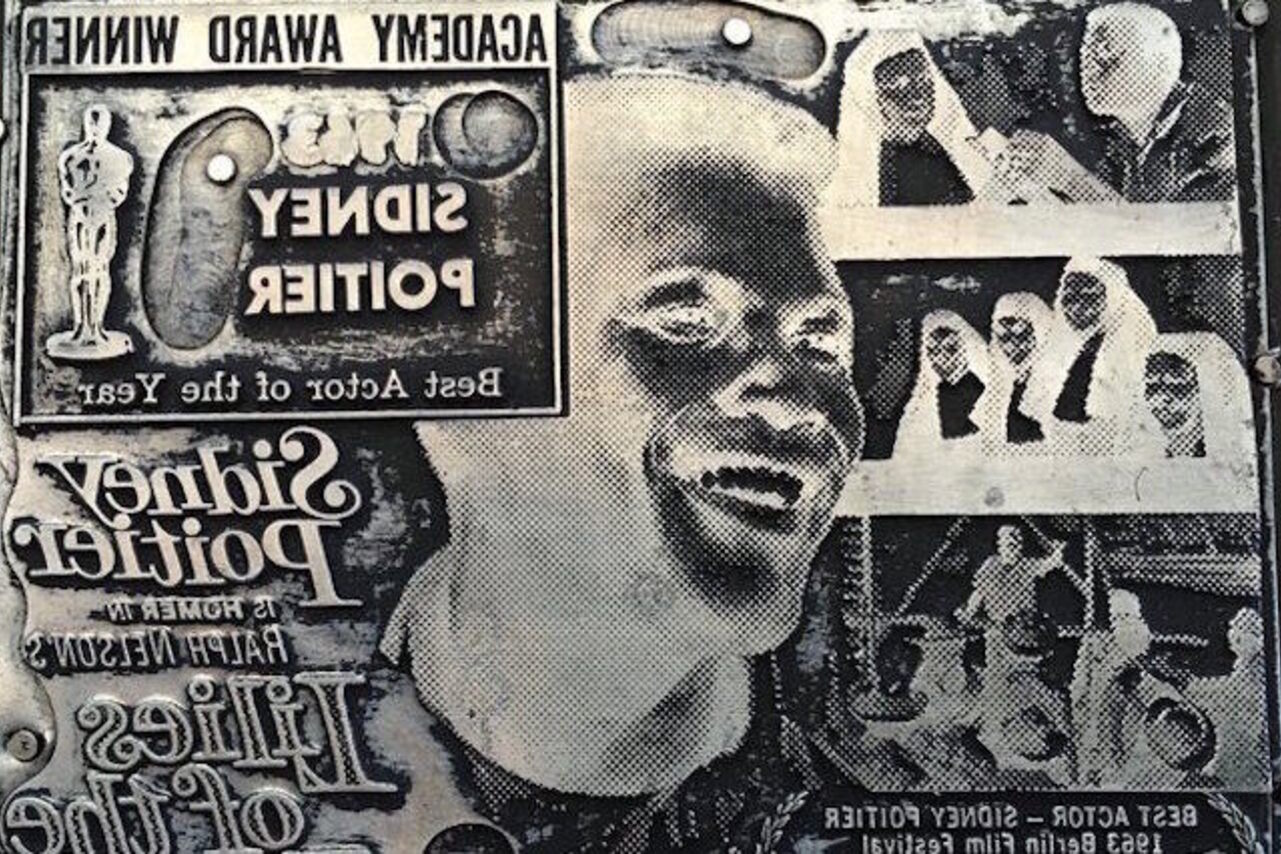 An advertisement for a Sidney Poitier film. Courtesy of Adam Roffman

This is a story about two discoveries. The first: Almost two decades ago, in the back of an antique shop in Omaha, Nebraska, DJ Ginsberg and Marilyn Wagner found dozens of boxes holding 60,000 letterpress plates and blocks of movie advertisements that chronicled five decades of film history.

The second: Filmmaker Adam Roffman, who had been building his own collection of movie printing blocks, heard about Ginsberg and Wagner’s collection and decided to document their painstaking work to catalogue and preserve their collection.

For many years, movie advertisements were etched into letterpress blocks and plates. Roffman stumbled across his first—an ad for the 1934 film The Imitation of Life—at an antique shop in Waterbury, Connecticut, where he was conducting an interview for a different project. “I thought it was beautiful and about a movie, but wasn’t sure exactly what it was,” he says. He bought the block, started researching its origins, and soon became obsessed. His own collection has grown to 350 blocks.

Roffman first found out about Ginsberg and Wagner’s collection from an old Omaha World-Herald article. An eBay seller had included the story with two blocks Roffman’s wife had bought him as a birthday present. He called up the paper, and the person who answered the phone just happened to be the article’s author, who helped connect him to Ginsberg and Wagner.

The resulting film is called The Collection. Highlighted by Kottke last week, it is a short and beautiful account of the care put into creating these blocks and restoring them to their original condition.

The unnamed artist who created the advertisements in the collection fell into the craft while stationed in California during his time in the Navy. When he came home to Nebraska, he opened a letterpress shop, KB Typesetting Co., and his California customers kept sending him work. (Plus, as Ginsberg and Wagner note on their website, Omaha was an ideal and central location for shipping work to every part of America.) He kept his work and, in the 1970s, sold his collection to an antiques dealer.

The collection sat in a backroom for years, until Ginsberg and Wagner found it and bought it for $2,000. They discovered that the best way to clean the blocks, many of which were covered with a powder of dried-up ink, was to wipe their surfaces with vinegar—a simple solution to a conservation challenge.

After years of work, they have catalogued and restored the plates and now have put the entire collection up for sale. Experts have told them it’s the only collection of its kind—a visual history of Hollywood from the 1930s to the 1980s. They hope to sell it to a museum that can display the blocks, as well as use the 1938 Vandercook letterpress, included in the collection, to print new versions of these old enticements to come to the movies.

Making Salt From an Ancient Ocean Trapped Below the Appalachians

A Portrait of James I's 'Husband' Has Reappeared in Glasgow

"I desire only to live in this world for your sake," the king wrote to him.
collections

A hidden passage led investigators to a collection of 75 astonishing objects.
Video • Wonder From Home

The Whitman Sampler Collection is pretty sweet.
Read more
Thanks for sharing!