The Powerful 1940 Map That Depicts America as a Nation of Immigrants - Atlas Obscura
Want to see fewer ads? Become a Member. 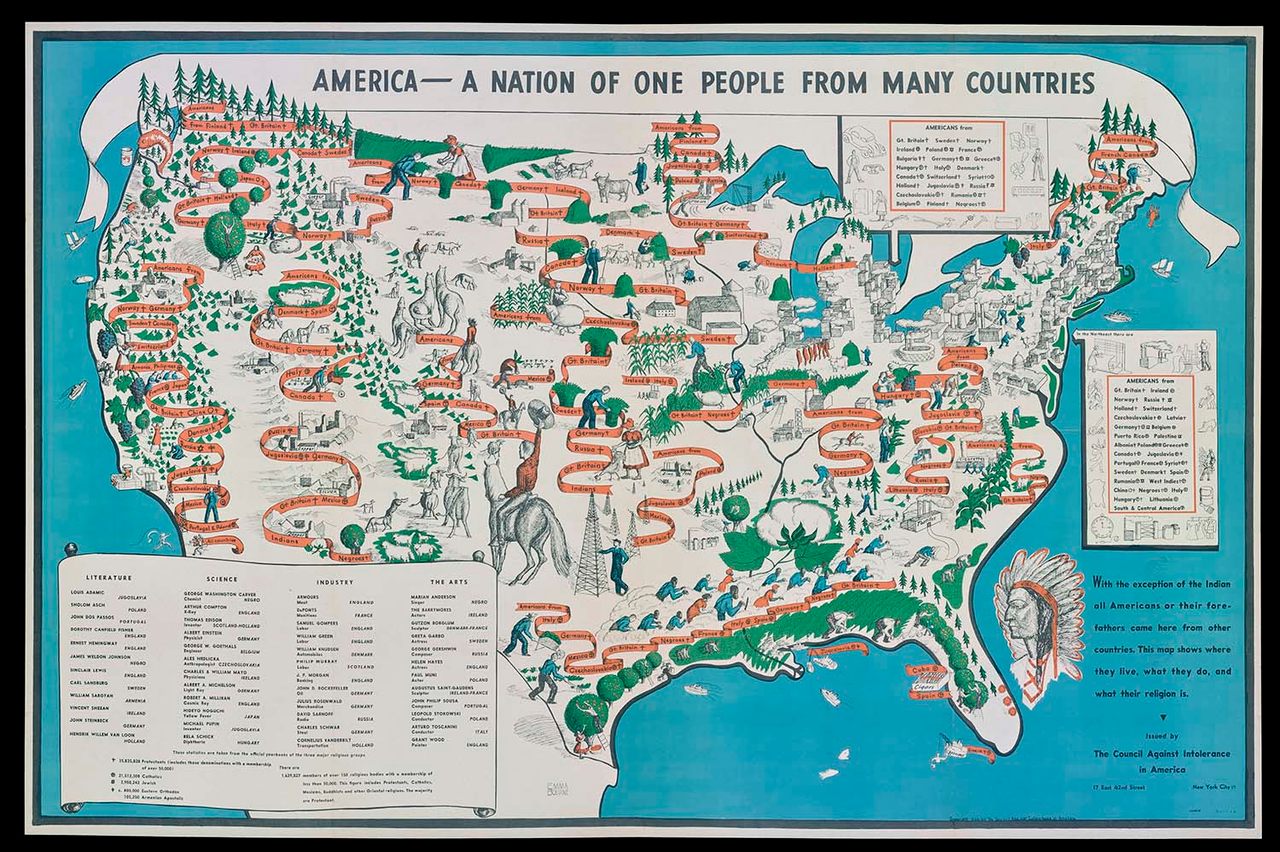 Only five copies of this early map of the whole globe still exist, and one is now for sale in London.
globes

A 19th-century infographic that stacks a redwood against St. Peter's Basilica.
Video