Armchair travel can transport us to far-flung places, wondrous locales, and destinations that inspire our imagination. Sometimes however, this wanderlust must be quenched even if round-the-world travel is out of reach. This feeling, and the fact that our hometowns are abundant in curiosity, was the impetus behind our first Obscura Day back in 2010. 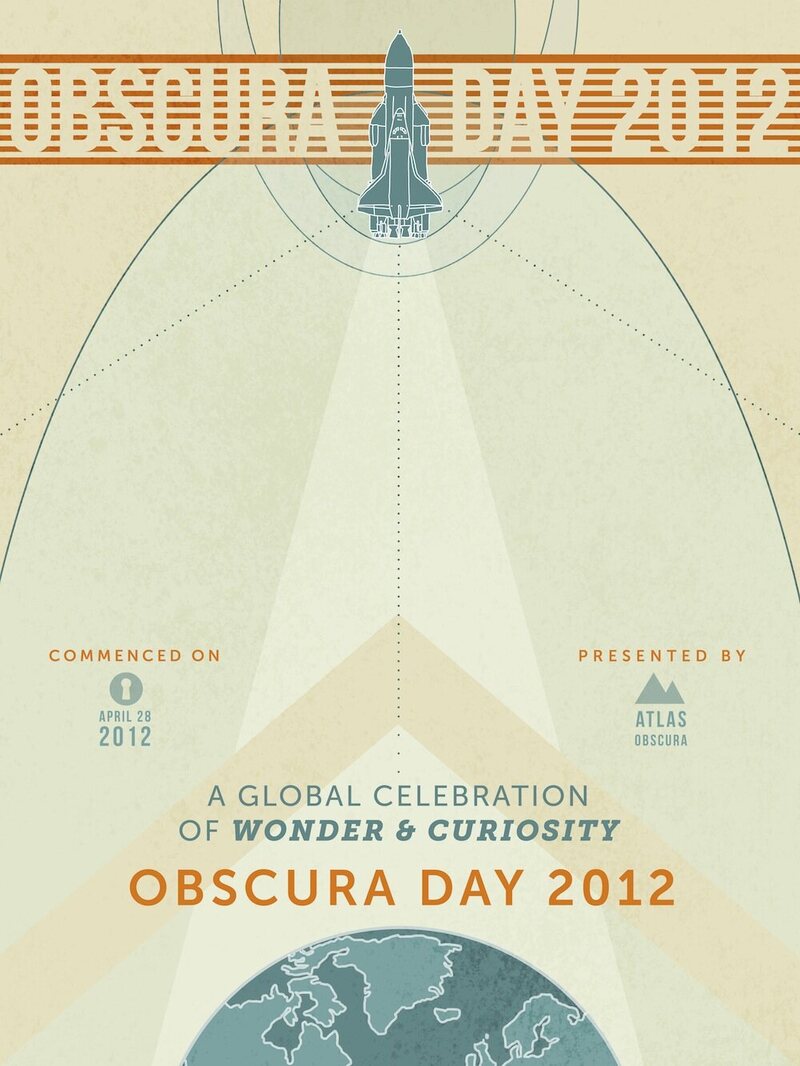 Two-weeks ago we produced our third Obscura Day and were thrilled with how it went down. Naturally, in the lead up, the Atlas team yearned to partake in as many of the amazing events and adventures across the globe as possible. But since we couldn’t be everywhere at once, we had to choose a handful.

I decided to head out to Los Angeles for two events in particular, special, hands-on access to the incomparable bird specimen collection at the Moore Laboratory of Zoology (MLZ) and the first-ever exhibition of Paleofuturist Matt Novak’s private collection of retrofuturism art and ephemera in partnership with BBC Future.

For the sake of relative brevity, I think I’ll make this a two-part post. I’ll start with my Obscura Day morning.

On April 28th, I woke up on the west side of LA, grabbed my gear and headed due east to Occidental College where I joined about a dozen other people for a hands-on tour of beautiful, dead birds. Lots of them. I mean drawers upon drawers FULL of them. A selection of tanagers

We examined countless specimens, from tanagers to monkey eating raptors. Harpy Eagle (front), a monkey-eating raptor from lowland tropical rainforest in the Americas, and a Golden Eagle (back)

The event was hosted by MLZ Director and Curator, John McCormack who led two, 1 1/2 hour tours of his fascinating lab. John McCormack shows off a specimen of the sword-billed hummingbird, the only bird known to have a bill longer than the rest of its body I caught up with John after it was all said and done and asked him about the origins of MLZ and what their research aims to achieve:

“Moore houses the largest Mexican bird collection in the world (over 60,000 specimens) and has large collections from Ecuador, Honduras, and Costa Rica. The specimens in the MLZ are an incredibly important research collection describing the biodiversity of tropical Latin America. Biologists study these specimens to better understand and describe what species exist, as well as the processes and Earth history events that led to the generation of these species over millions of years. This knowledge helps us protect the living populations that these specimens represent. Technological advances also allow researchers to extract DNA directly from the specimens, which provides a genomic perspective on their evolutionary history. The mission of the MLZ is to unite cutting-edge science with museum collections to more fully understand and protect the living museum of biodiversity that exists on Earth.” Chester C. Lamb, who collected most of the birds in the MLZ collection for Robert T. Moore

You knew the event was a success about five minutes in, when the group gave an enormous, collective “WOWWWWW!,” as John pulled out the first drawer. Representatives from many of the world’s bird families including cranes, herons, a flamingo, and a spoonbill

The event was made for photogeeks. Five specimens of the extinct Imperial Woodpecker, what was the largest woodpecker in the world found in pine forests of the Western Sierra Madre John McCormack shows off the amazing plumage of the Fiery Topaz A selection of brilliantly-colored tanagers A selection of archaic curiosities from the Moore Lab cabinets An aracari, a small form of toucan A tray of hummingbirds, including the sickle-billed hummingbird (left)

We’ve spoke with John and it looks like more hands-on tours at Moore Lab are forthcoming. Keep on eye on additional Obscura Society expeditions to MLZ later this year.

Keep your eye out for Part Two of my Obscura Day in LA with BBC Future and the Paleofuturist Matt Novak.