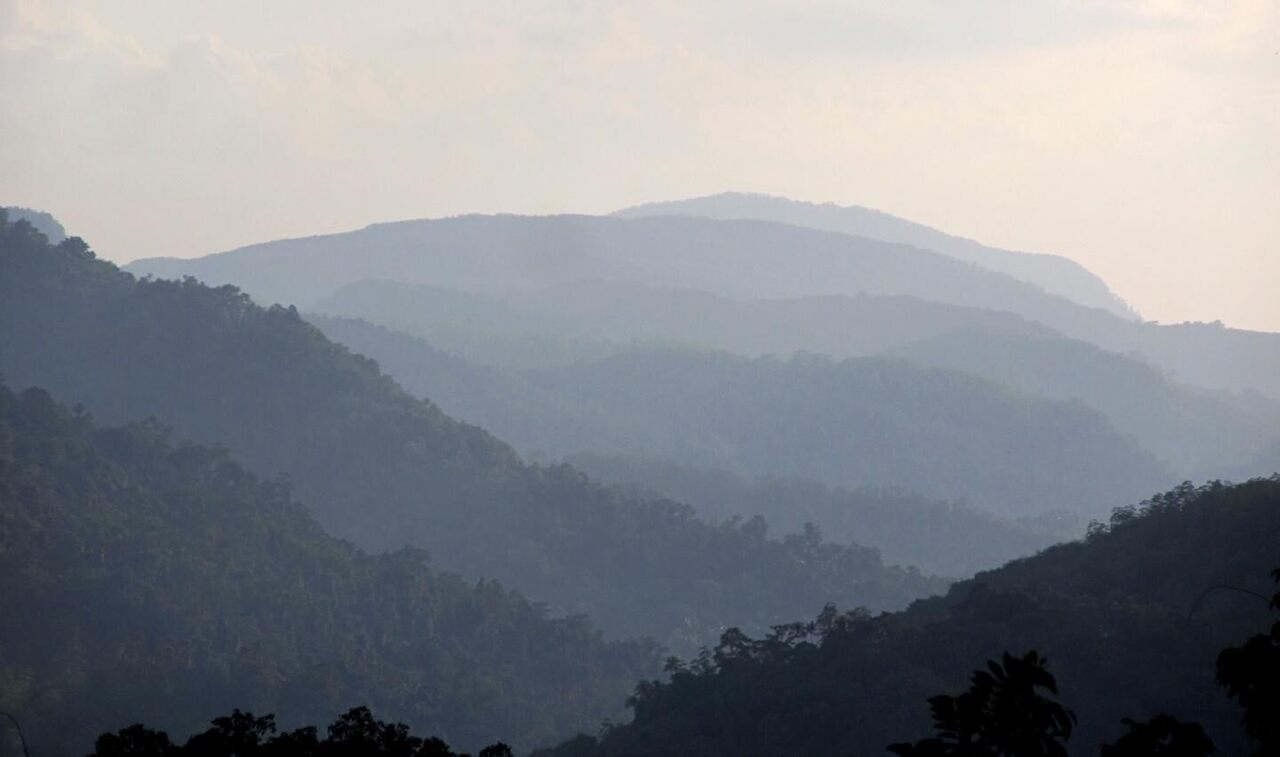 The jungle highlands of Sri Lanka, where humans settled at least 45,000 years ago. Max Planck Institute
In This Story
Place

The remains of a 37,000-year-old prehistoric society were discovered in this mammoth cave, one of the largest in Asia.
Destination Guide

Throughout deep human history, as we spread across the world to occupy just about every environment on the planet, we adapted to new sets of challenges—often by adapting our tools. In some places, these tools—almost exclusively made of stone back in the Paleolithic—got teensy, and are known today as microliths. Now, an international team of researchers led by the Max Planck Institute for the Science of Human History in Germany has announced an analysis of the oldest microlithic “toolkit” in Europe or Asia, found in a cave in the tropical heights of Sri Lanka.

“They are seen as being highly flexible toolkits that enabled humans to survive in a variety of different environments, hunting very different animals and using very different plants,” says Patrick Roberts, an archaeologist with the Max Planck Institute and a coauthor of the study.

Microliths offer a slew of benefits compared to chunkier stones. While hefty handaxes might be useful for big projects, microliths could be hafted together to make a wide range of tools from a small amount of stone. Their smaller size also meant using less resources to create them, and made them easier to travel with. It takes a very different toolkit to survive and thrive in a highland jungle than it does on the savanna.

Fa-Hien Lena Cave, also known as Pahiyangala, one of the largest in Asia, originally yielded evidence of prehistoric human activity in 1968, and has continued to be a source for understanding how early humans migrated across Asia. Thousands of stone tools, dating back tens of thousands of years, have been excavated from the cave over the years.

“Homo sapiens arrived in Sri Lanka by at least 45,000 years ago based on our current knowledge,” Roberts says. “As far as we can tell, the microlith technologies are used as soon as they arrived.”

The new finding, published in the journal PLOS One, shows just some of the ways a microlithic toolkit enabled human life in the jungle, including providing the ability to hunt and butcher smaller game, such as monkeys and tree squirrels, that wouldn’t have been well suited to bigger, clunkier tools or weapons.

The adaptability, creativity, and ingenuity that the microliths represent is, in some ways, what makes us human, and carries some spiritual connection with other tiny human technologies, from the integrated circuit to CRISPR.

“Stone tool miniaturization is a central tendency in hominin technologies going back at least 2.6 million years,” says Justin Pargeter, an archaeologist with New York University who specializes in ancient technologies and was unaffiliated with the study. “When other apes used stone tools, they chose to go big and stayed in the forests where they evolved. Hominins chose to go small with their technologies, went everywhere, and transformed otherwise hostile habitats to suit our changing needs.”

The layers of Panga ya Saidi reveal millennia of subtle cultural and technological change.
floods

Researchers link a wet period in Tuscany's past with a rise in tales of water-related works of amazement.
skulls

The Carnivore Paradise That Keeps Changing the Story of Human Evolution

New research at Dmanisi continues to challenge what we think we know about our deep past.
Video

1:51
Want to see fewer ads? Become a Member.
From Around the Web
Related

Another example of how, biologically, islands are deeply weird.
Read more
Thanks for sharing!