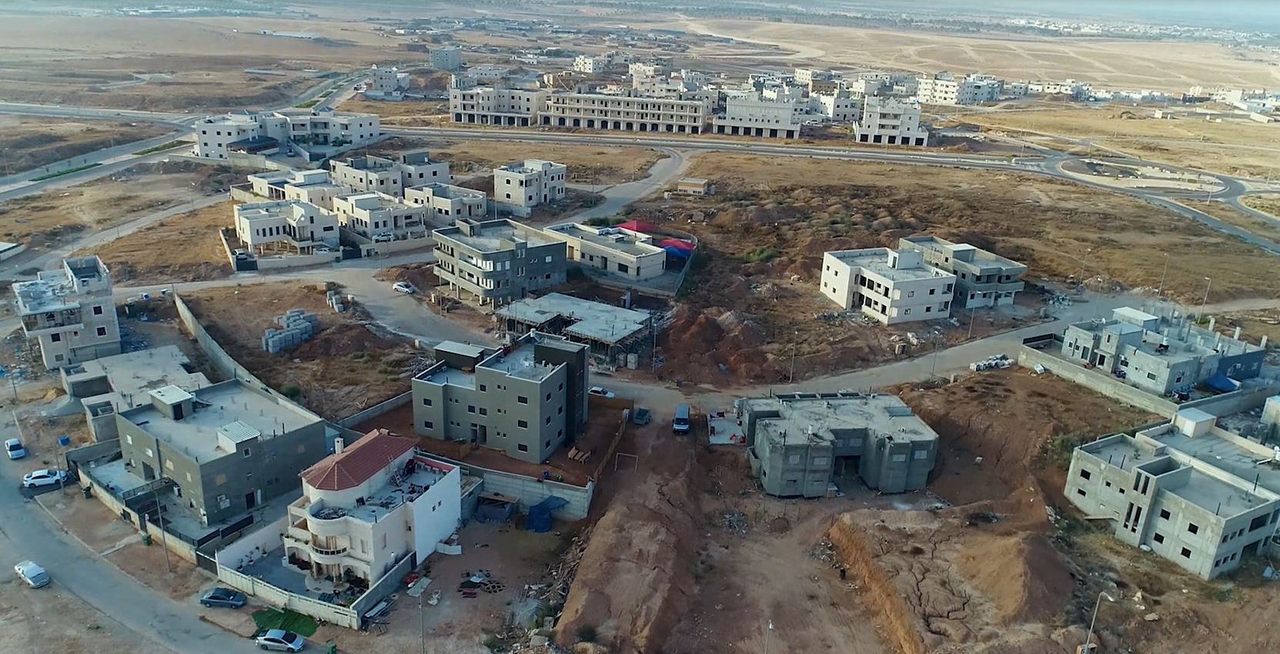 In the remnants of an ancient house in Rahat, a predominantly Bedouin city in what is now southern Israel, government archaeologists believe they have found the oldest known soap factory in the country. According to the Israel Antiquities Authority, the ruins are approximately 1,200 years old, dating to the early Islamic period when the region was ruled by the Abbasid Caliphate.

Archaeologists were excavating a site designated for construction of a new neighborhood when they came across a pillared structure resembling a workshop and some old olive pits, which suggest that olive oil was a key ingredient in the cleansing product. “The soap workshop here was identified due to a similarity in plan to workshops discovered in Israel [that date to] the Ottoman period,” says Dr. Elena Kogen Zehavi, the IAA excavation director, in an email. “The soap production process was made from a combination of poor-quality olive oil, potash, lime, and water.”

West Asia has a long and rich history of soap production: The earliest-known records of the lucrative industry date to the 10th century. Writings from this period by the historian Al Mukadasi and the physician Al-Tamimi specifically mention the production of olive-oil soap for bathing. Several soap factories, dating to the later Mamluk and Ottoman periods, have also been found in Jerusalem, Lod, and Jaffa, where a 19th-century example was recently found beneath a museum.

In studying these sites, researchers have been able to piece together the general process of traditional soap-making. Specific recipes were often passed down from generation to generation. At the time, “soapmaking was an exclusive technique, used by a small group of families,” Zehavi says.

The large house where the Rahat soap workshop was found likely belonged to a wealthy family whose background remains a mystery. There, along with olive pits, the archaeologists also found ovens and a shallow pool that have allowed them to trace the movement of workers. They would likely have burned salsola soda in a small tabun, then mixed the alkaline ashes with olive oil, water, and lime. Then they would have cooked this concoction over an open clay oven, where it would have simmered for a week.

Once ready, the liquid would have been transferred to the pool, where it would have hardened for at least 10 days. Finally, workers would have cut the soap into bars and methodically stacked them for additional drying and firming over the course of one or two months. Ready for export, the final products likely journeyed to homes in Egypt and other Arab lands.

Other artifacts offer clues to what workers might have done during their down time. In an underground space in the house, archaeologists found a round limestone board game known as “Windmill,” which likely originated in the second and third centuries and is still played today. They also uncovered remnants of an ancient game known as “Hounds and Jackals” or “58 Holes.”

“These boards are found in places where people congregate, such as streets, bath houses, oil presses, cisterns, and wells,” IAA archaeologist Svetlana Tallis writes in an email. “Although in Rahat the boards were found in the living wing, they may have been used by the workshop workers or played with the merchants who would come for the soap.”

The findings are the result of a major six-month excavation that also employed high school students and local Bedouin residents. While historically significant, archaeological projects in Rahat that occur in advance of construction of new neighborhoods should be considered within the context of geopolitical issues, says Michael Press, a scholar on the archaeology of ancient Israel.

“Rahat is a fast-growing city, partly because of natural growth among the city’s population, but partly because of forced relocation of Bedouin from homes that the government has demolished,” Press writes in an email. “Israel has planned (but so far delayed) even larger-scale forced relocations, on the order of tens of thousands of people. Many of those people would be settled in new neighborhoods in Rahat.”

The city’s mayor, Fahiz Abu Saheeben, says he hopes to eventually construct a visitor center where tourists can celebrate the area’s history, which excavations are gradually illuminating. For now, archaeologists want to deepen their understanding of the olive-oil soap factory. They recently took organic samples from the site for testing, and the results could further unlock the ancient methods that created a prized local product.

Millennia of rock art offer a library of human history in the Levant.
plague

A city built on water was always going to struggle with burials—especially when a deadly pandemic came to town.
exploration

A surprise discovery from Haiti may finally reveal how some famous feral horses got to a distant barrier island.
Video