Museum on earth sciences featuring a recreation of a famous curiosity cabinet.

Museums are often as interesting in their modes of organizing and collecting as the objects they collect themselves, reflecting a universal fascination with material things and how to order them as a reflection of our world. Artist Rosamond Purcell has long trained her camera lens on these museum collections, making acts of organization an integral part of her striking photography and writing, but in a recent installation she set out to physically duplicate one of the most iconic collections. 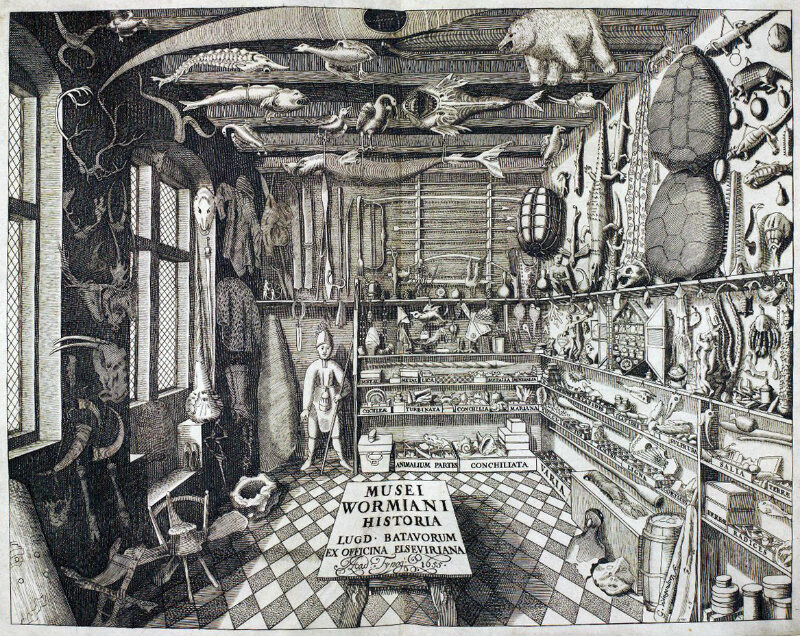 Engraving of the Museum Wormianum from 1655 (via Wikimedia)

Ole Worm, a 17th century Danish physician, linguist, and natural philosopher, created one of the first iterations of what we could come to know as the modern museum. The Museum Wormianum cabinet of curiosities in his home, visible in a frontispiece engraving published in a catalogue of the cabinet that came out in 1655 after his death, had everything from specimens of the natural world to scientific instruments to ethnogrpahic objects. It was all aimed not just at being a spectacle, but at being a source of study and understanding. Purcell said she had “looked at the engraving for years and years” and was “just fascinated with what was on the walls and on the shelves and wanted to reproduce it.”

While many scientists of Ole Worm’s time relied on books, he wanted to touch and see things for himself and reflect on how placing them outside of their natural environments could impact their meaning. For example, in 1638 he demonstrated what was then quite groundbreaking in showing that supposed unicorn horns were actually narwhal tusks, demonstrating the pointed “horn” still attached to its whale skull. 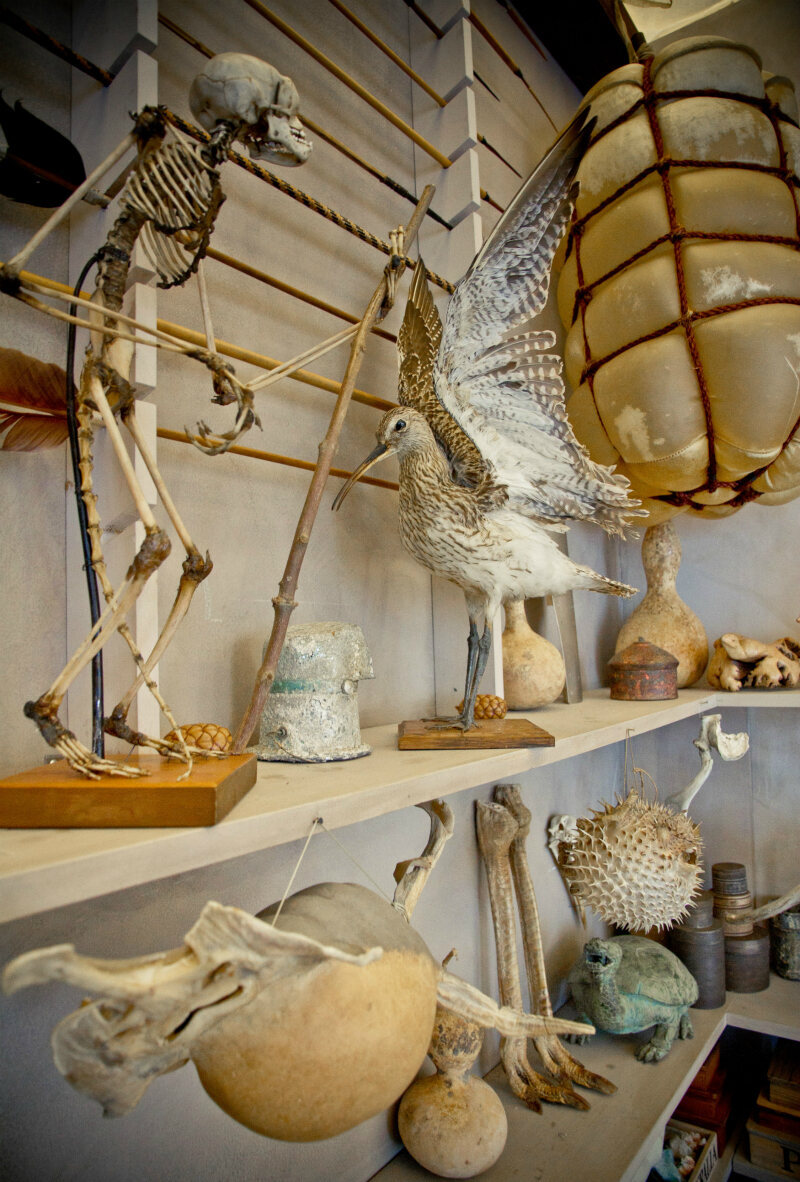 “I guess you could say that Ole Worm had a wunderkammer, but he certainly wouldn’t have billed it like that, he put these things together to show what the artifacts from the natural and manmade world were like and how they intersected, too,” Purcell said.

Purcell’s recreation of the room, called “One Room,” was first exhibited at the Santa Monica Museum of Art in her solo show Two Rooms. The installation then traveled to other institutions before settling at the Geological Museum at the Natural History Museum of Denmark in Copenhagen, where it has been permanently installed since 2011, debuting with the All things strange and beautiful exhibition. Everywhere it’s gone, she’s incorporated objects from the collections of institutions nearby as a subtle reflection of the area’s own knowledge heritage, but Copenhagen is unique in being Ole Worm’s city. Around 40 of the original items from the Danish thinker’s cabinet, such as the jaw of a horse grown around by a root, an object that particularly fascinated Purcell in starting out the project, still exist, and some are even held in the Natural History Museum. 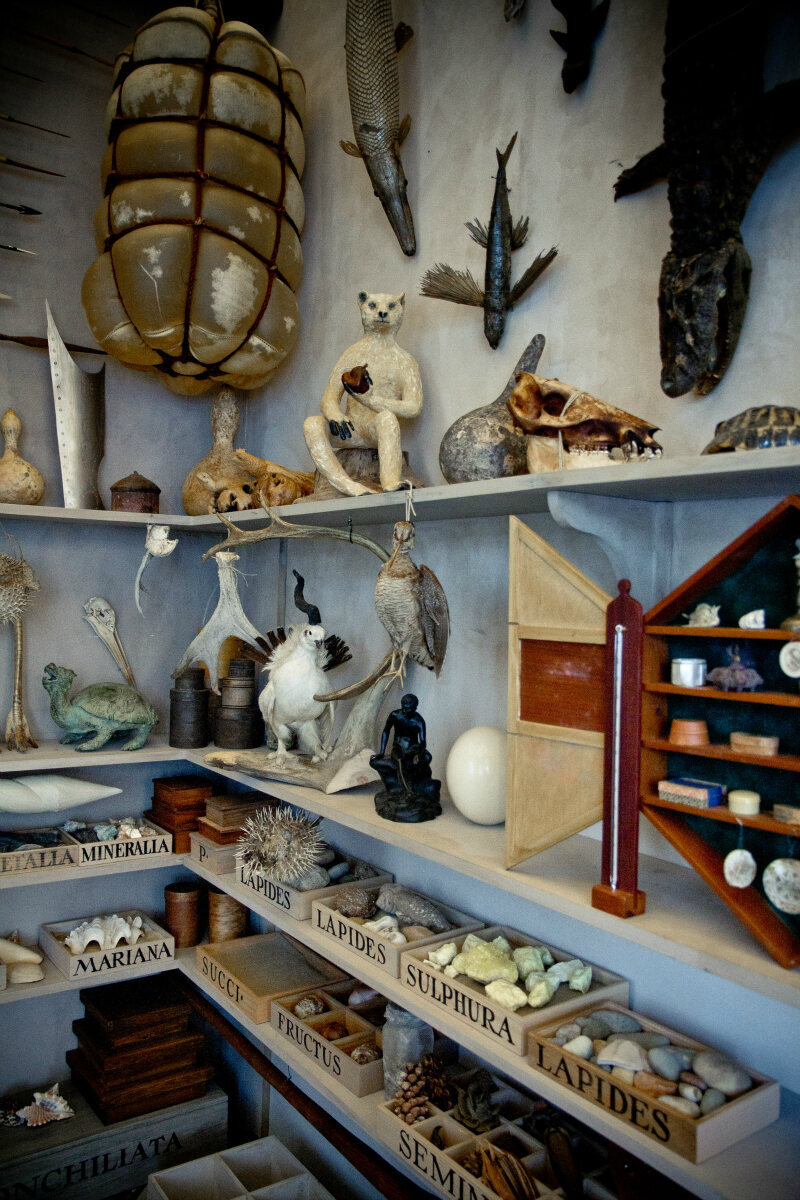 Since the engraving is shown from a forward perspective, Purcell had it stretched out and then approached various curators or other experts to determine what species of deer a specimen might be, or what type of fish it was hanging from the ceiling. While it was easy for Purcell to find some of the objects, even using her personal dense cabinet of curiosities as a source, some just don’t exist anymore. A stuffed auk, a type of seabird Ole Worm actually kept as a pet, is now extinct, and a lemur that sits in a corner of the cabinet was recreated out of papier-mâché. Others, even with Ole Worm’s concentration on discovering the truth of objects, still verge onto myth, such as a giant’s thigh bone. 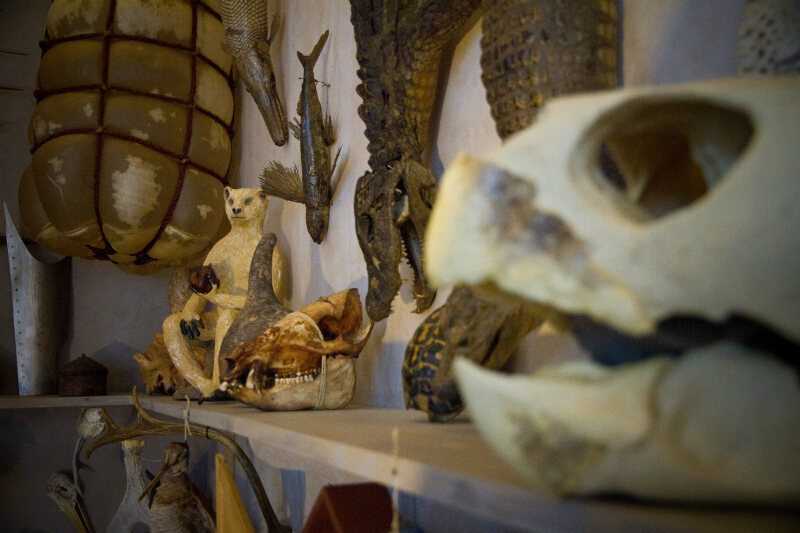 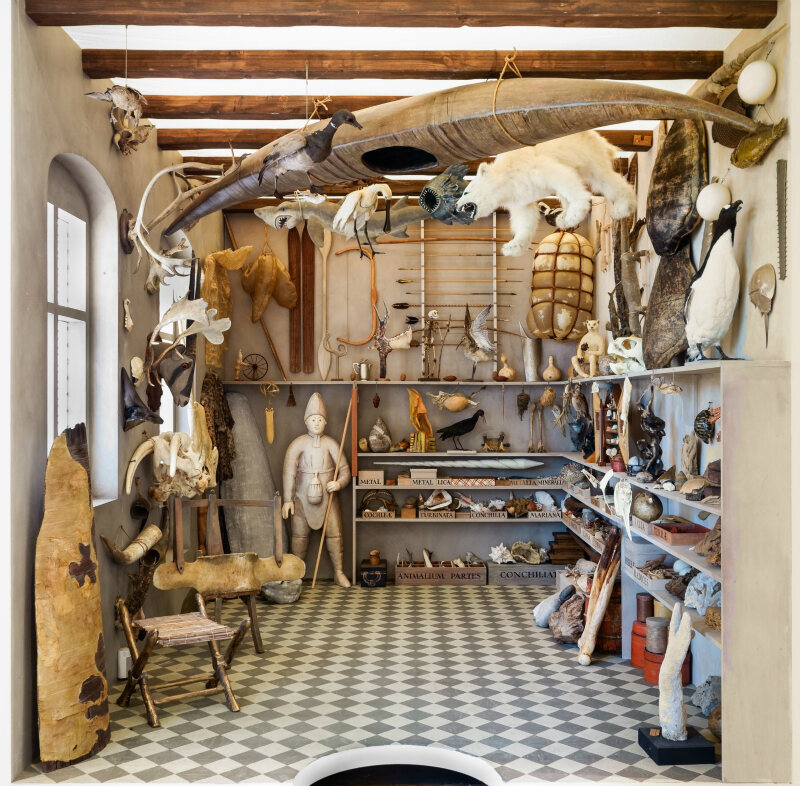 Purcell’s transformation of the engraving into a vivid installation of Ole Worm’s cabinet, from the tiny snarling polar bear cub on the ceiling down to the shallow trays of minerals, manages to both embody his 17th century curiosity in the science and diversity of the world, as well as our continued obsession with the cataloguing and sorting of objects. Permanently installed the Geological Museum at the Natural History Museum of Denmark, just a little ways from the original Museum Wormianum’s location, it keeps the spirit of the old thinker alive through his personal world of objects.

Faces of the Past: 200-Year-Old Mummies Go on Display in Germany

Centuries after the philosopher’s death, lingering controversy over his remains highlights a macabre practice of profiting from the dead.
objects of intrigue

After years of watching, one researcher thinks she's got the answer.
objects of intrigue

Don't believe the hype.
Want to see fewer ads? Become a Member.
From Around the Web
THE GASTRO OBSCURA BOOK
Taste the World!
An eye-opening journey through the history, culture, and places of the culinary world. Order Now