RIP Cyclorama: A Brutalist Behemoth that Once Housed an Epic Panorama - Atlas Obscura
Want to see fewer ads? Become a Member.
In This Story
Place

A dramatic, 360-degree recreation of Pickett's Charge in the Civil War. 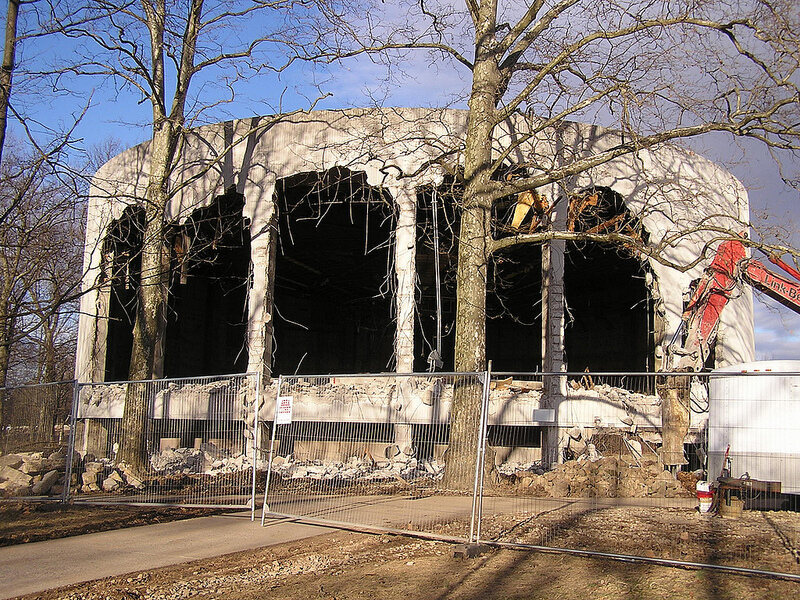 Civil War buffs felt victorious, but architecture fans mourned, when the Cyclorama building at Gettysburg finally met its demise earlier this month. A cheering group of onlookers watched as the Richard Neutra-designed structure, which once held a stunning panorama that immersed viewers in the Gettysburg battle, had its modernist form battered. 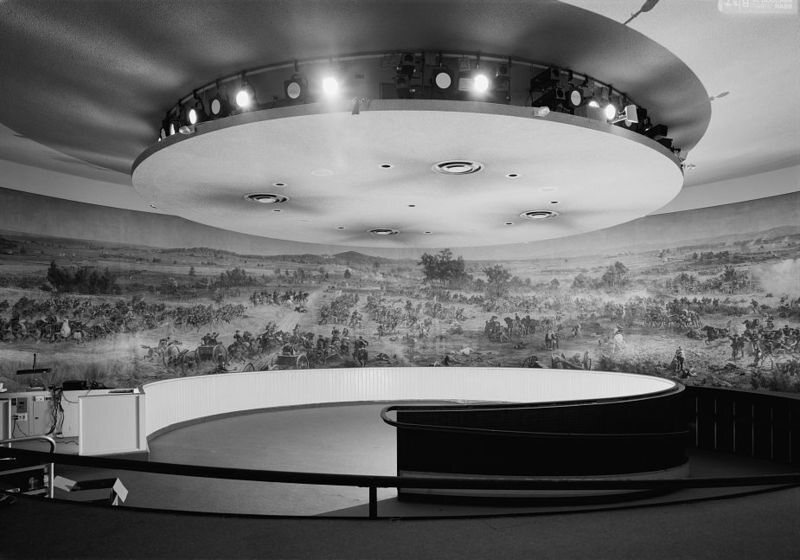 Gettysburg Cyclorama installed in the Cyclorama Building (via Wikimedia)

The Cyclorama building was completed in 1962 and was designed by the influential architect to hold the Gettysburg Cyclorama, a 360 degree panorama of Pickett’s charge painted by French artist Paul Philippoteaux in 1883. It also served as a visitor center with an observation deck to the battlefield, a vista which some would later say it was ruining with its heavy Brutalist form. Back in 1959, Neutra had said: “This building will last forever.” While that did not quite turn out to be true, it will take until April to fully destroy the concrete, glass, and steel monolith. 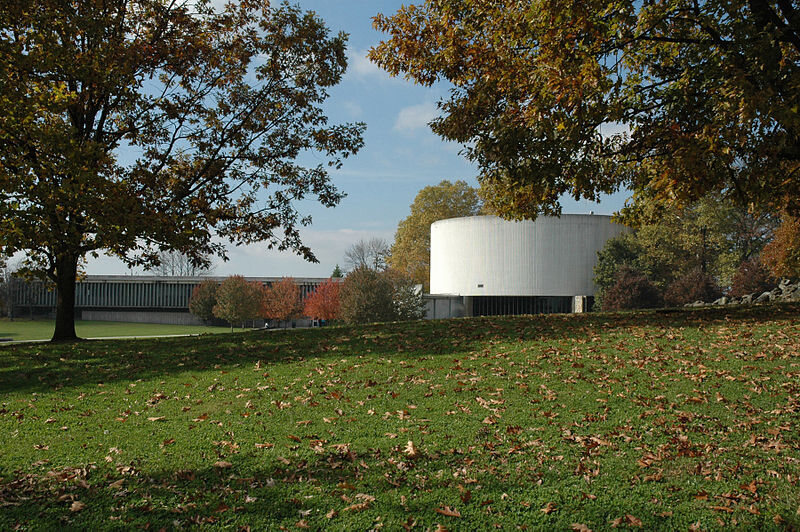 Gettysburg Cyclorama in 2005 (via Wikimedia)

The panorama was moved out of the Cyclorama building in 2008 and the museum and offices were torn down in 2009, but a heated preservation movement helped by Neutra’s son architect Dion Neutra hoped to at least save the iconic curving building, which was Neutra’s last standing public structure. Yet the restoration of the battlefield ended up winning over the preservation of a mid-century architectural monument in the end. While the panorama painting is still on view in the new visitor center, the Gettysburg battlefield will now return to its 1893 state, for better or worse.

Help Restore the Telescope That Once Searched for Life on Mars

360 Degrees of War: 6 Panoramic Paintings That Make You A Part of the Action

Notes From the Field: Velaslavasay Panorama