The Most Beautiful Tulip in History Cost as Much as a House - Atlas Obscura
Want to see fewer ads? Become a Member. 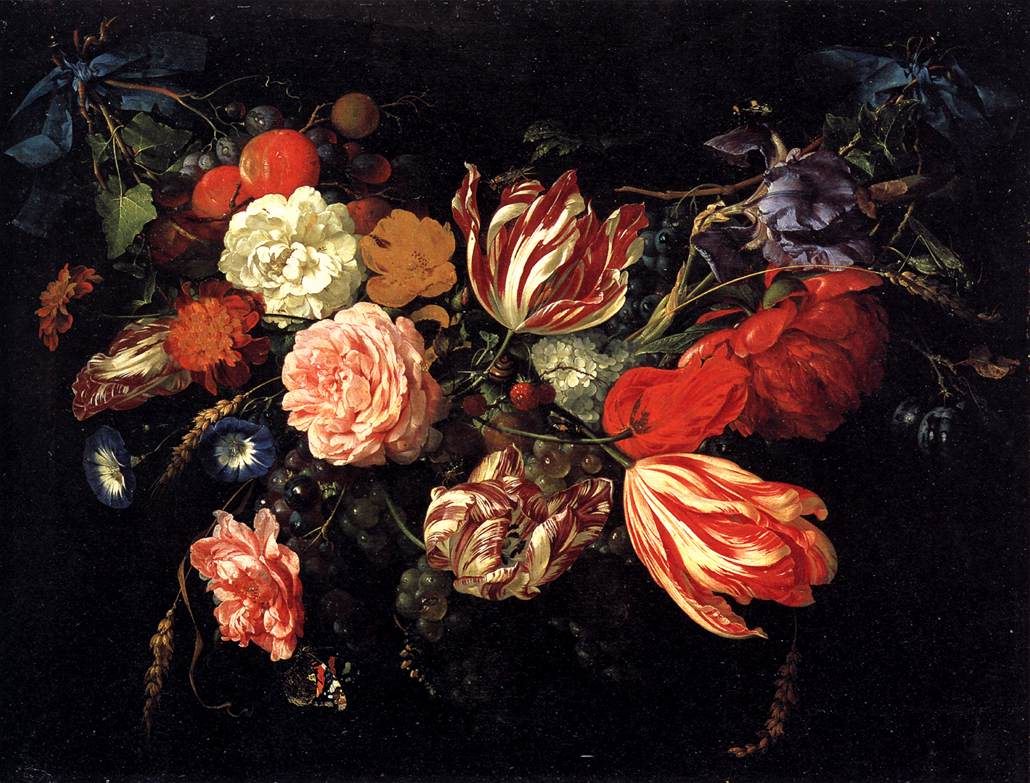 The four striped Semper Augustus tulips in this Jan Davidsz. de Heem painting were symbols of wealth in the 17th century. Public domain via Wikimedia Commons

Adriaan Pauw was a powerful man. He was a director of the Dutch East India Company, the owner of an entire town, and a diplomat sent to the courts of France.

Today he’s most often mentioned in connection with a flower.

Like many wealthy men in the Netherlands of the 17th century, Pauw kept tulips. In his garden, he had hundreds of them, gathered around a gazebo paneled with mirrors that multiplied clusters of flowers into armies of straight-standing stems. This was an ostentatious display of wealth: at the time, a tulip bulb could cost as much as a cow, a parcel of land, or even an entire house.

Among the most valuable tulips, there was one that was said to be more beautiful and more rare than all the others: the Semper Augustus. A mysterious collector owned almost all of them—and some tulip historians believe that collector was Pauw.

Tulips showed up in Europe in the 16th century, having traveled from their wild habitat in central Asia, through the Ottoman Empire, to Vienna. By the 1630s, the Dutch were obsessed.

In this decade, tulip prices spiraled insanely upwards: they were the Beanie Babies of their day, prized by collectors beyond their obvious worth. The most valuable bulbs produced “broken” flowers—instead of being one solid hue, the petals had streaks of color running across paler backgrounds. Of these, the Semper Augustus became the most famous, in part because it was most scarce: at one point, only 12 bulbs of the flower were said to exist.

But it was also beautiful. Its background color was pure white; the flames that ran along its petals were deep crimson.

“What usually happens when the tulip is broken is that you get a quite asymmetrical, uneven break,” says Teresa Clements, Secretary of the Wakefield and North of England Tulip Society. What flower fans are looking for is a “perfect, symmetrical, even pattern” of pure color—a refined but vigorous flower.

“Most often, the two colors of broken tulips ran in long, continuous strips down the petals,” writes Anna Pavord in The Tulip. But Semper Augustus was special: “the red color breaks into flakes, symmetrically set around the outsides of the petals.” The rest of the flower complemented the bulb, too: “It had a slender stem that carried its flower well clear of its leaves and showed off its vivid colors to the best effect,” writes Mike Dash in Tulipomania. Pavord calls the flower a “masterpiece.”

In the 17th century, no one knew what made a tulip break. Trying to cultivate a broken tulip was like trying to win the lottery, a game of chance soaked in ritual. Growers believed if they fertilized their field with pigeon dung or plaster from old walls, they might produce a break. Others took a more direct approach, by sprinkling the soil with their preferred pigments, or tying a bulb that had produced a red flower with one that had grown white.

Few people ever actually saw a Semper Augustus flower. The man who held a near monopoly on the small supply—not everyone agrees it was Pauw—refused to sell his bulbs, which drove up the price. In 1638, one was advertised for 13,000 florins, the price of a nice house. That was the year the market for tulips in the Netherlands crashed.

In the 20th century, the cause of the beautiful breaks was finally identified. Viruses infect a tulip bulb and cause its second layer of color to be expressed only in parts of the flower. The viruses aren’t good for tulips, exactly: broken tulips are not quite as vigorous as pure-colored ones. If those viruses are transmitted to lilies, they can kill the lilies, but the tulips can handle it.

Today, the Semper Augustus is long lost, but tulip lovers still grow broken tulips. Some, like the Habit de Noce, were first broken in the 1790s. “The difficulty is keeping them unbroken,” says Clements. When English tulip lovers raise a good breeder tulip with good-shaped flowers and a pure base color, they send bulbs around the country to keep them virus-free. “Eventually they almost all break,” says Clements. Most are bad breaks and have to be discarded. But some have those elusive qualities—symmetry and pure color flaming across the petal.

The Complaints the FCC Got Because of Super Bowl 50

Orchids were once considered the world’s most difficult and exotic flowers. So why can you buy one for $12.99 at Trader Joe’s?
gardens

Smell You Later, Donald Trump: How Roses Get Their Names

Which are best suited for a life among the stars?
Video • PinDrop