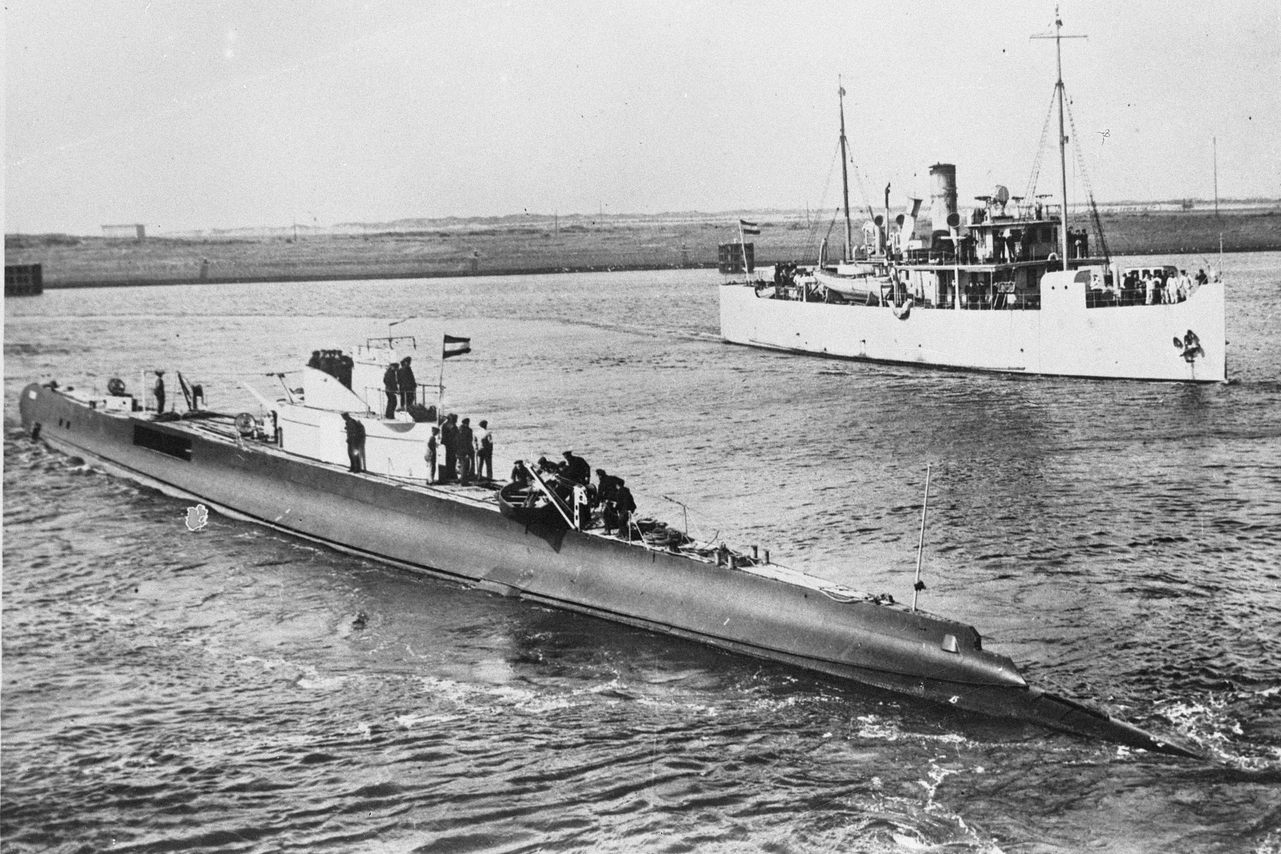 The HNLMS K XVII submarine in its prime, opposite a Dutch minelayer. Dutch National Archives/Public Domain
In This Story
Destination Guide

Somewhere off the coast of Malaysia, an underwater graveyard just lost two of its buried. The Dutch submarines HNLMS O 16 and HNLMS K XVII, sunk in December 1941 by Japanese mines, have suddenly disappeared from the South China Sea, according to The Guardian.

How could a pair steel warships, each over 240 feet long, up and vanish? It’s actually not much of a mystery. In recent years, as many as 40 of the sunken Allied warships littering the waters around Indonesia, Singapore, and Malaysia have been partially or completely looted by salvage divers, according to a 2017 special report in The Guardian. HNLMS O 16 and HNLMS K XVII are likely the latest victims in this shipwreck-wrecking craze.

Members of a Dutch and Malaysian expedition realized the ships had gone missing while patrolling the waters near the wreck site. When they got to the spot, they found only sparse remains of the O 16, and just a ghostly outline of the K XVII’s hull in the seabed.

While war wrecks are legally protected under international treaties—such as the one signed by the Netherlands and Malaysia in March—they’re very hard to guard in practice. Many wrecks are located miles off the coast and hundreds of feet below the surface. But for looters, sunken ships are some of the most lucrative objects imaginable. One salvaged warship made of poor-quality steel can net around $1.3 million, according to the Guardian report.

To Jet Bussemaker, the granddaughter of O 16 commander Anton Bussemaker—who died on the ship at age 41—the news felt disappointingly familiar. In her past work as a minister responsible for Dutch veterans and cultural heritage, Bussemaker had seen a lot of shipwrecks salvaged off the coasts of Indonesia and Malaysia.

“Although the message about the disappearance did not come totally unexpected, it was shocking to hear,” Bussemaker wrote in an email. “It was not just a wreck, but also a war grave.”

She’s right. Allied wrecks don’t just mark historic battles; they also serve as the unmarked final resting places for thousands of British, American, Australian, Dutch, and Japanese sailors who died in wartime battles. So when salvagers haul up scrap metal from 70-year-old ships, they’re also disturbing human remains. Indeed, according to The Guardian, workers processing the remains of old warships often find bones. So when the O 16 and K XVII vanished, so did the remains of the 79 crew members who died onboard.

The O 16 wreck wasn’t discovered until 1995, when a Swedish diver found a sunken submarine that he suspected belonged to the Royal Netherlands Navy, according to the Dutch magazine Alle Hens. But a Dutch expedition couldn’t find the name “O 16” on the ship, even after several dives. Crew members were able to verify the ship as the missing O 16 only after they compared the design of the wreck to the submarine’s blueprint.

“It’s cynical that, while we spent so much time and energy to find [the] wreck, we are not able to protect it,” Bussemaker says.

Found: 15 Wallets From the 1940s, Stolen and Stashed Behind a Bathroom Wall

The whole place was once a monumental graveyard.
ships

Beauty in the Wreckage: 7 of the Loveliest Shipwrecks in the World