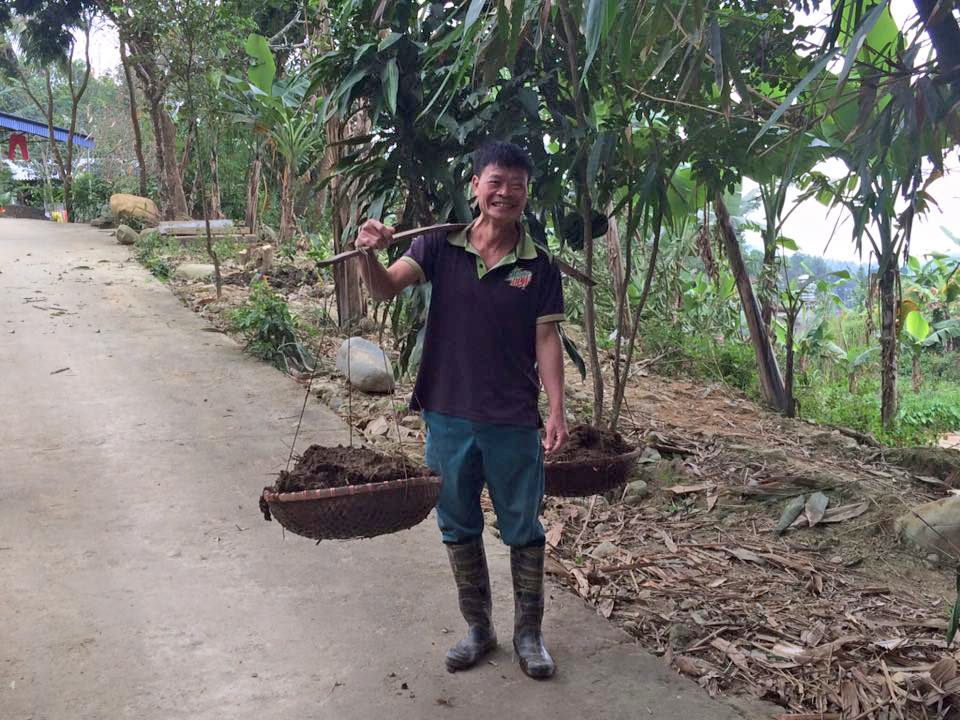 In some of the rural mountain villages of Vietnam, locals can lift remarkably heavy loads. Age is not a factor: It’s a common sight to see both younger people and some of the eldest members of these communities shouldering loads as heavy as they are.

The weight they carry is not through any feat of strength, or thanks to some high-tech apparatus. Rather, these villagers manage to bear their mighty loads using just a slender bamboo pole, which works far better than any nylon backpack.

Recently, a team of international researchers studied the heavy-lifting villagers, to see exactly what made the thin bamboo such a strong device.

“The use of bamboo poles is … an important tool for farmers in [the] countryside and traveling salespeople in the city,” says Van Vinh Hac, a researcher at Thái Nguyên University of Medicine and Pharmacy and a co-author of the study, published in the Journal of Experimental Biology. “Because the pole is made of very flexible bamboo, it makes the shoulder less uncomfortable and [the load feel] lighter.”

The practice is particularly popular among Vietnam’s Hmong, an ethnic minority spread across mountain villages in Southeast Asia. By counterbalancing two loads of material strung on bamboo, they maneuver manure across rice fields to fertilize their crop, or carry other goods across town. To an unfamiliar eye, it looks like a scale—an extremely loaded one.

“When you walk, you expend energy, and a large source of that energetic cost comes from when you take a step,” says Ryan Schroeder, a mechanical engineer at the University of Calgary and the study’s lead author. “You have a minor collision with the ground, and you have to push off the other foot to make up for that energy loss. Because the load [these villagers are carrying] is oscillating off the body [vertically], that means that it’s going to pull you down more at some points than others.”

The process is similar to the physics of a pogo stick—using the moments when you spring upward to move. “What you really want to do is arrange the oscillations such that it pulls more on your body when your foot is underneath your body,” says Schroeder. “That way your muscles don’t have to deal with it.”

Schroeder’s team had villagers walk sandbags of up to half their weight along a path 60 feet long. (Schroeder says one older test subject seemed offended to be asked to carry so little weight.) The experiment fit in with a separate pursuit of Schroeder’s—building a backpack that will push weight off the body and back on again, in order to reduce strain on the wearer.

The team saw that the villagers were offsetting their steps to correspond with the springy bamboo pole, whose bounce took the encumbering weight literally off of their shoulders as they walked. Often, villagers would alternate which shoulder carried the weight.

“They spin [the pole] around all the time, like a [Harlem] Globetrotter,” Schroeder says.

Despite the pole’s utility, and its ubiquity in the more bucolic stretches of Vietnam’s rolling mountains, some feel that it’s under threat from increasing modernization. In cities like Hanoi, the use of bamboo poles by street vendors has been reduced as municipalities seek to reduce traffic congestion. The country’s pastoral places may not be far behind.

“[Vietnam’s] rural areas have undergone significant changes in light of rapid industrialization and modernization,” says Van Son Nguyen, a rector at Thái Nguyên University of Medicine and Pharmacy. “Nowadays, springy bamboo poles are rarely used in rural communities. Instead, other means of transport—such as carts, motorbikes, or vehicles—are commonly employed for load carriage.”

Whether new technology completely displaces the worked plant stems in Vietnamese villages remains to be seen. But for now, one thing is certain: Using bamboo poles beats getting a hernia. Maybe it’s time to jettison that backpack.

An Ancient Australian Volcano Is a Haven for Giant Pink Slugs

Scientists braved rain, mud, and a close encounter at a crocodile farm to learn what fossilized feces reveal about life 33 million years ago.
science

Only now do scientists fully understand just how strong a 1972 solar storm was.
endangered animals

It's called a muntjac, and the last time it appeared was nearly two decades ago.
Video • PinDrop

1:32
Want to see fewer ads? Become a Member.
From Around the Web
Atlas Obscura Trips
Vietnam: A Culinary Adventure from Hanoi to Saigon
View This Trip
Thanks for sharing!