A Viking Burial Barge Is Being Swallowed By Fungus - Atlas Obscura
Want to see fewer ads? Become a Member. 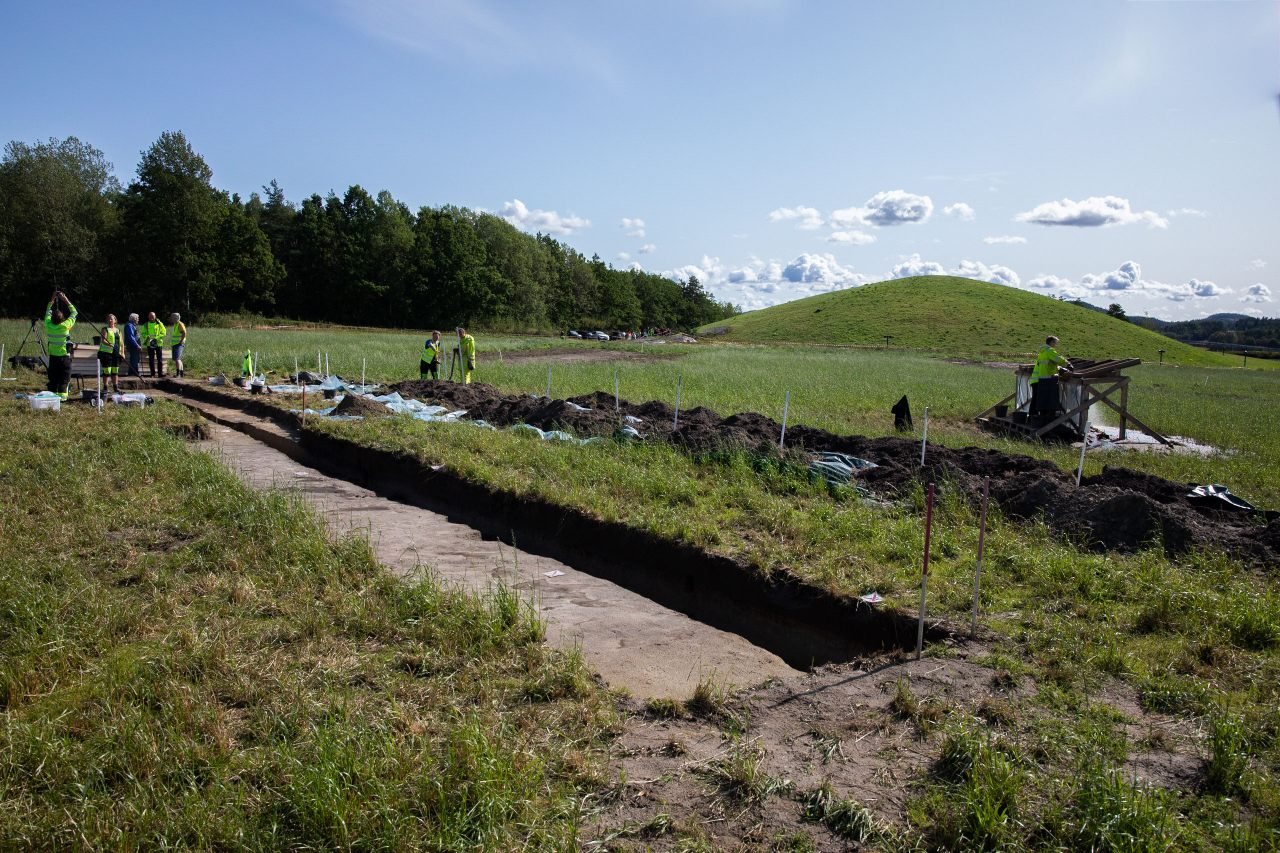 A test trench was dug at the site, some 50 miles south of Oslo, to inspect the find before it's further excavated. Courtesy Norwegian Institute for Cultural Heritage Research (NIKU)
In This Story
Destination Guide

Vikings have been plagued by a lot of misconceptions. Their mythos would lead you to believe they wore horned helmets, for example. (They didn’t.) And that they set their funerary barges alight with a flaming arrow shot from the shore. (Also untrue.)

Real Viking burials did involve ships, though not where you might expect them. Viking leaders were buried in boats that were dug into the dirt, then covered over with earth and turf, forming a tumulus, or burial mound, on the Scandinavian landscape.

In June the Gjellestad ship, in Østfold County, about 50 miles south of Oslo, is slated to be excavated—the first time in a century that a Viking burial ship will be unearthed. It’s the latest in a line of Viking burial ships found in Norway that date to between the seventh and 10th centuries.

“What’s true for all of them is they’re real ships,” says Jan Bill, the curator of the Viking ship collection at Sweden’s Museum of Cultural History. “They [weren’t just] produced for the funeral.”

Earlier finds—such as the 71-foot-long Oseberg ship and the 78-foot-long Gokstad ship—offered insights into Viking seafaring, as well as the group’s funerary customs. The Gjellestad ship’s discovery, in 2018, caused a flurry of excitement. As with other burial ships, it was found alongside the remains of houses, suggesting a permanent Viking presence at the site.

Now, that excitement has been tinged with urgency: Analysis of the ship remains shows that fungus is eating away at the remains. Working on one end of the ship, Bill’s team found that the keel had folded under the rest of the vessel, beneath the weight of the dirt piled on top of it. Some planks were missing entirely, having fallen victim to the voracious appetite of the fungi.

Archaeologists have been pushed into a race against time.

“What we could see as we started digging was that the wood in the other parts of the ship burial had completely rotted away,” Bill says. “It was visible just as a stain in the soil.”

The fungi have had a long time to make headway on the burial ship. About 70 years ago, a drainage ditch was dug near the Jell Mound—a distinctive 1,500-year-old tumulus thought to have been built for a king named Jell—that ran close to the site of the ship. Though the ship had already undergone some degradation by that point—a result of being underground for over a millennium—the ditch provided an appealing habitat for microbes, which set up shop and ate away at the wooden planks that house the burial site.

Some parts of the ship are now ghostly imprints in the dirt. Others are still holding on to their physical presence, though they continue to decay.

“You can’t see it, but you can feel it,” Bill says. “The wood is kind of mushy on the surface, and under the microscope, you can actually see the fungus.”

Bill hopes new information will come to light when the ship is excavated and studied this summer.

“I think with the excavation tech we have today, we may be able to learn new things about the ritual, and better understand the society that actually produced these burials,” Bill says. “It’s a peculiar and special rite.”

Thailand’s Spirits Have a Taste for Red Fanta

They buried people, boats, and even a house.
cemeteries

The whole place was once a monumental graveyard.
museums

The remnants of Borgund were buried in the dirt for centuries and then sat in museum storage for decades.
science

Archaeological work at Tombos reveals the stories of people who lived more than 4,000 years ago—and inspires new interest from the people who live there today.
Video • Wonder From Home