Can Science Solve the Mystery of the Concrete Book? - Atlas Obscura
Want to see fewer ads? Become a Member. 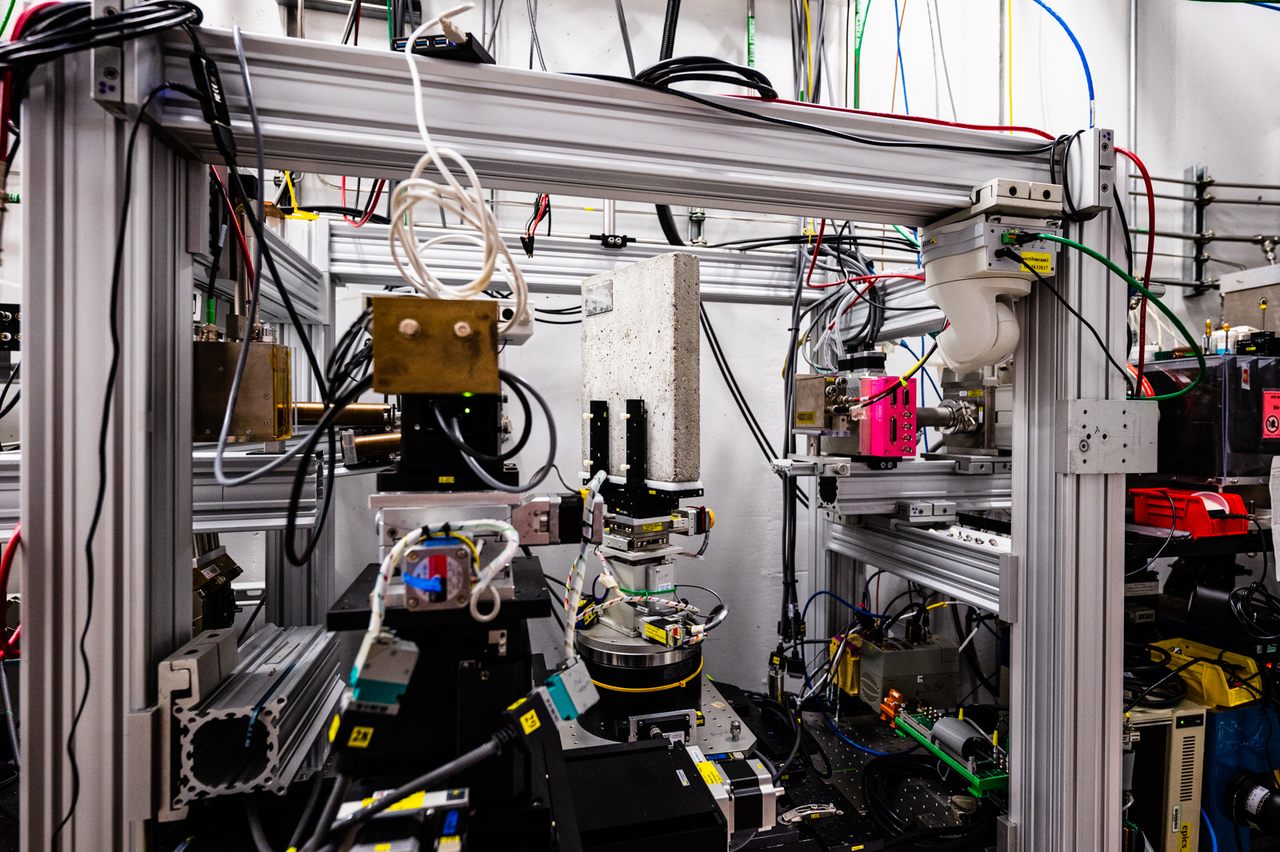 The slab of concrete is more than a foot tall, ten inches wide, and two inches thick. It weighs about 20 pounds, and it is cataloged in the University of Chicago’s library system as a book.

This unusual tome, titled Betonbuch (Concrete Book), was “published” in Zurich, Switzerland, in 1971 by experimental artist Wolf Vostell. It is one of 100 copies he created by, Vostell explained at the time, encasing a 26-page booklet in concrete. Such “concretifications,” as he termed them, were the artist’s signature works through the late 1960s and early 1970s, nods to postwar urbanism and challenges to the traditional understanding of what materials are necessary to make art.

The University of Chicago has long owned one of Vostell’s best known concretifications, Concrete Traffic. It is, unmistakably, a car covered in concrete—specifically, a Cadillac deVille drowned in a quickly hardening sand-and-stone slurry in a busy commuter parking lot in Chicago one morning in 1970. But when the university acquired copy number 83 of Vostell’s Betonbuch in 2016, Patti Gibbons, head of collections management for the Hanna Holborn Gray Special Collections Research Center, began to wonder: “Was this a prank, or is this for real?”

Vostell was known as much for his artistic imagination as for the creation of actual art objects. Gibbons has read the booklet purportedly enclosed within Betonbuch; the library also owns a loose copy. It is called Betonierungen (Concretifications). “It is a sketchbook of realized and unrealized concrete projects,” Gibbons says. “Some are just really fantastical. He wanted to concretify the city of West Berlin. He wanted to concretify clouds.”

But that doesn’t mean that a copy of the booklet is actually inside the concrete block today. After all, Vostell apparently had an artistic sense of humor. It’s also possible that something has happened to the paper of the booklet in the last 50 years. Cracking the work open to discover the truth is not an option, so Gibbons and a team of art historians turned to science.

Using a specially designed exhibit cart with padding and pneumatic wheels, Gibbons rolled the concrete book—“covered, so you don’t know what I’m carrying”—from department to department on the University of Chicago campus. An ultrasound at one laboratory failed to penetrate the thick slab, and an electron microscope analysis at another provided insight into the composition of the concrete, but nothing past the surface layers. An X-ray at the university medical center offered some hints; in the black and white image, handmade rebar was visible, criss-crossing the block. But the equipment, designed for dental care, could not detect the presence or absence of the booklet.

Finally, the team turned to Argonne National Laboratory, and a process known as energy dispersive X-ray diffraction. (The concrete book traveled by car to the Department of Energy facility outside Chicago, strapped in with a seatbelt.)

“This was outside of what we typically do,” admits Argonne physicist John Okasinski. Okasinki spends most of his time studying materials and their response to stress for automotive and aerospace companies. But the same science that allows Okasinki to study the inside of, for instance, a battery at an atomic level, would allow him to peek—nondestructively—inside the concrete book. Using a powerful X-ray beam about the thickness of a human hair, Okasinki first scanned the other, loose copy of the booklet thought to be inside the piece of art, to determine what data it would produce. Then he scanned the concrete book looking for that same signature, which his earlier scan suggested would look like a void in the concrete. The whole process took several days. The researchers also later conducted similar experiments on control objects—new concrete books that definitely had paper inside.

Alas, the results so far have been inconclusive. “The science does not show a definite intact full booklet,” says Gibbons. “But there are these curious bubbles.” She posits that the paper might have disintegrated in the wet concrete when it was first created or deteriorated over the last 50 years.

Okasinski calls the analysis “a work in progress.” He’s not just thinking about the art object, but also what studying it can contribute to scientific understanding of concrete, a ubiquitous material that emits significant amounts of carbon dioxide into the atmosphere. “If we can understand concrete, we might be able to reduce its environmental impact,” he says.

Perhaps surprisingly, the scientist is okay with the idea that we may never know for sure if there is something inside the slab. “Art helps stimulate discussion and ideas,” he says. “‘What do you think?’ and “What does it mean?’ are more interesting questions than ‘Is there something in there or not?’”

Archaeologists test how our ancestors may have used this (nearly) lost skill to navigate caves and other dark spaces.
Video