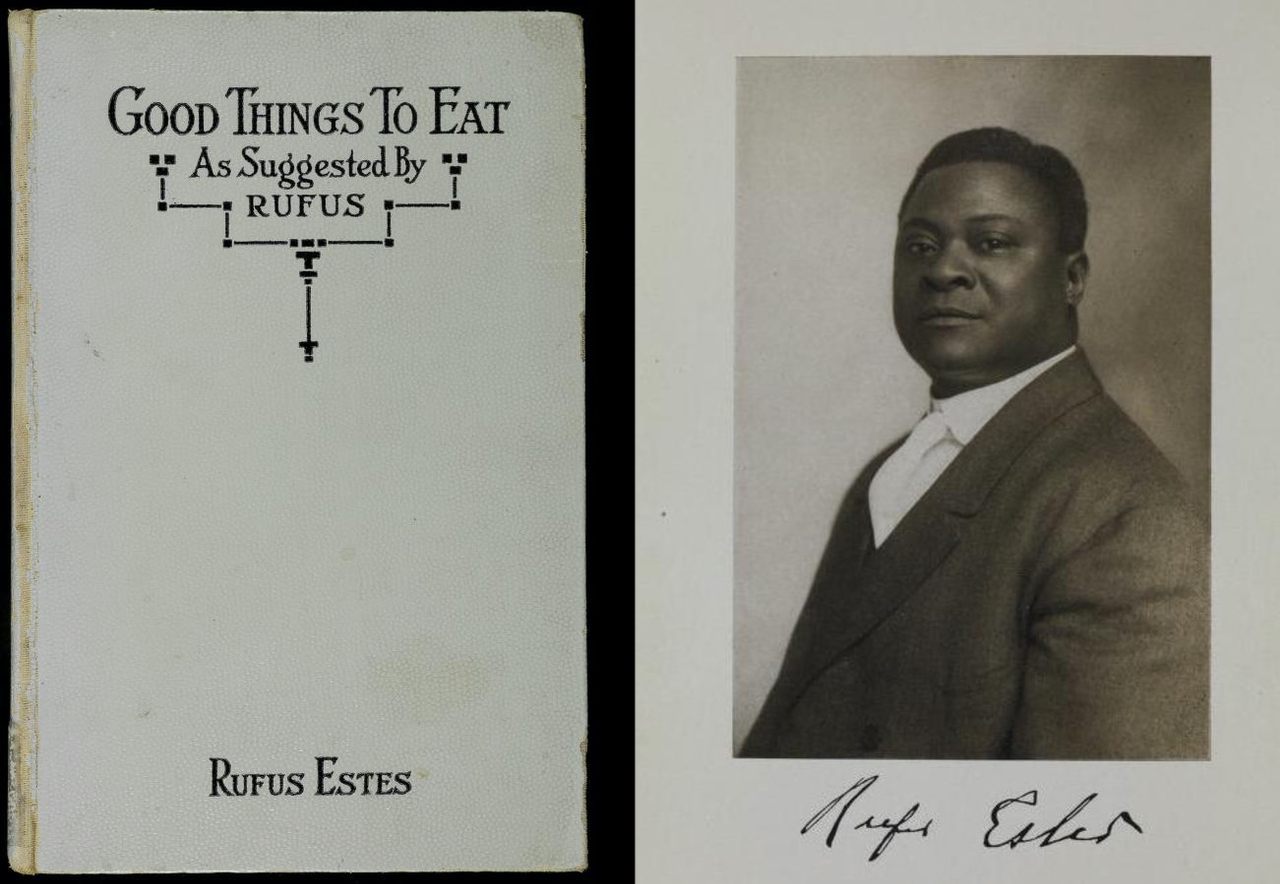 In a Youtube video, entitled A Tale of Two Fritters, Ozoz Sokoh is in her kitchen making both akara, a Nigerian bean fritter, and acarajé, the Brazilian equivalent. As she reviews the ingredients and aromatics—black-eyed peas, Thai and Scotch bonnet peppers for heat, tomatoes, ginger, and orange-red palm oil, it’s easy to see that the two dishes, though from different continents, are obviously related.

Sokoh, a food historian born in Nigeria and currently living in Canada, is an expert at making connections between different food cultures. To share her research, she recently launched Feast Afrique, an online library of free digital books that explore the influence of West African foods on culinary cultures around the world. The texts she’s chosen, both cookbooks full of recipes or tomes that touch only briefly on food, speak to the enormous reach and richness of the region’s culinary traditions.

Though Sokoh has had a long career as a food historian and a blogger at Kitchen Butterfly, her current love of food was hard-won. As a child growing up in Nigeria, she hated eating, and often had to be hospitalized due to malnutrition. Only a trip to Edinburgh with her family, when she was nine, changed that. “I guess it was a combination of exertion from the walking, and we were in this other place that opened me up to eating,” Sokoh says, remembering how she scarfed down food during that trip.

This acquired love for food followed Sokoh throughout school and adulthood, all the way across the world, after she relocated to the Netherlands for her work. Homesick and in a new country, she felt isolated. “I was bordering on being depressed. I didn’t feel like I was succeeding in my career as a geologist,” Sokoh says. However, an unexpected connection with a Brazilian coworker found them bonding over on acarajé—and discovering how similar it was to akara. It was a foreshadowing of the connections she’d make between West African food and the African diaspora, a link created by the transatlantic slave trade.

In 2009, Sokoh created her blog, Kitchen Butterfly, to document how Nigerian and West African dishes spread around the world. Many of the dishes she discovered, from countries like Brazil, Haiti, and Jamaica, were protected and preserved by enslaved cooks. “The goals for them and I were to feel the same: to find comfort, to pay homage, to document history,” says Sokoh. “As a Nigerian, it was shocking to discover that Nigerian cuisine—which I had always taken for granted—existed in this exalted, celebrated form abroad and had endured all sorts of tragedy and trauma, but still stood supreme.”

While Kitchen Butterfly served as a place to post her thoughts, Sokoh wanted to create a more academically robust resource for her food findings, in order to “share them with a wider audience, with more of a rigorous, research-based eye,” Sokoh says. She decided to launch a print journal, Feast Afrique, which was due to debut in 2013. However, the death of the planned editor, a close friend of Sokoh’s, put the project on hold indefinitely.

But last year, another friend gifted her Toni Tipton Martin’s groundbreaking works on African-American cookbooks, Jubilee and The Jemima Code. Soon, Sokoh found herself looking online for the texts referenced in Martin’s work. “I found myself not going to sleep. By the end of the first week, I had about 40, 50 books,” Sokoh says. “I wasn’t only doing The Jemima Code. I was also looking at Nigerian books, other books I liked, and literature books that had food in cultural contexts and symbols. By October, I had 190.”

In early January, Sokoh finally launched Feast Afrique, but as an online archive instead of a print journal. The website contains almost 250 links to online books, covering West African, African-American, and African diasporic culinary history. With texts dating back to 1828, many of these books contain some of the earliest documented histories of West African cooking. For example, Practical West African Cookery, published in 1910, has the first documented recipe for jollof rice (and is the first book in Feast Afrique’s monthly reading challenge). Other books, like Austin Clarke’s Pig Tails ‘n Breadfruit, a culinary memoir of traditional Bajan foods from his childhood, provides readers with a culinary map of slavery’s effect on the foods of the Caribbean.

However, the collection is ultimately a celebration of the influence and history of West African cuisines on the world. “My artistic practice has a lot to do with cooking, but also documenting. What you don’t know, you can’t reference and what you can’t reference, you can’t use to shape future plans,” Sokoh says. “It’s important to show people that we do have a food history that stretches back centuries, and documentation that stretches back as well.”

Feast Afrique is an opportunity for Sokoh’s primary audience—Africans and Black diasporans—to know and own their rich culinary history, and give a voice to little-known narratives that are often erased and appropriated. “People don’t ascribe the same sophistication to French cuisine as West African cuisine, and foods of Black association tend to be ridiculed and kind of bucketed in this ethnic class,” Sokoh says. “I’m an eater first. And I’ve eaten food around the world and very little of it comes close to the amazingness of West African cuisine. I’m not going to sit around and let people continue to dumb us down, but we have to have that knowledge.”

To Sokoh, food is far more than just fuel. “It’s a vehicle for exploring history—personal history, group history, and how memory can be resistance,” she says. “Everything that we see on the plate says something about history, culture, trade, lineage, strength, and survival. Food on a plate tells the story of life.”

In the 1970s and 80s, when the guards stepped away, the pots and flames came out.
libraries