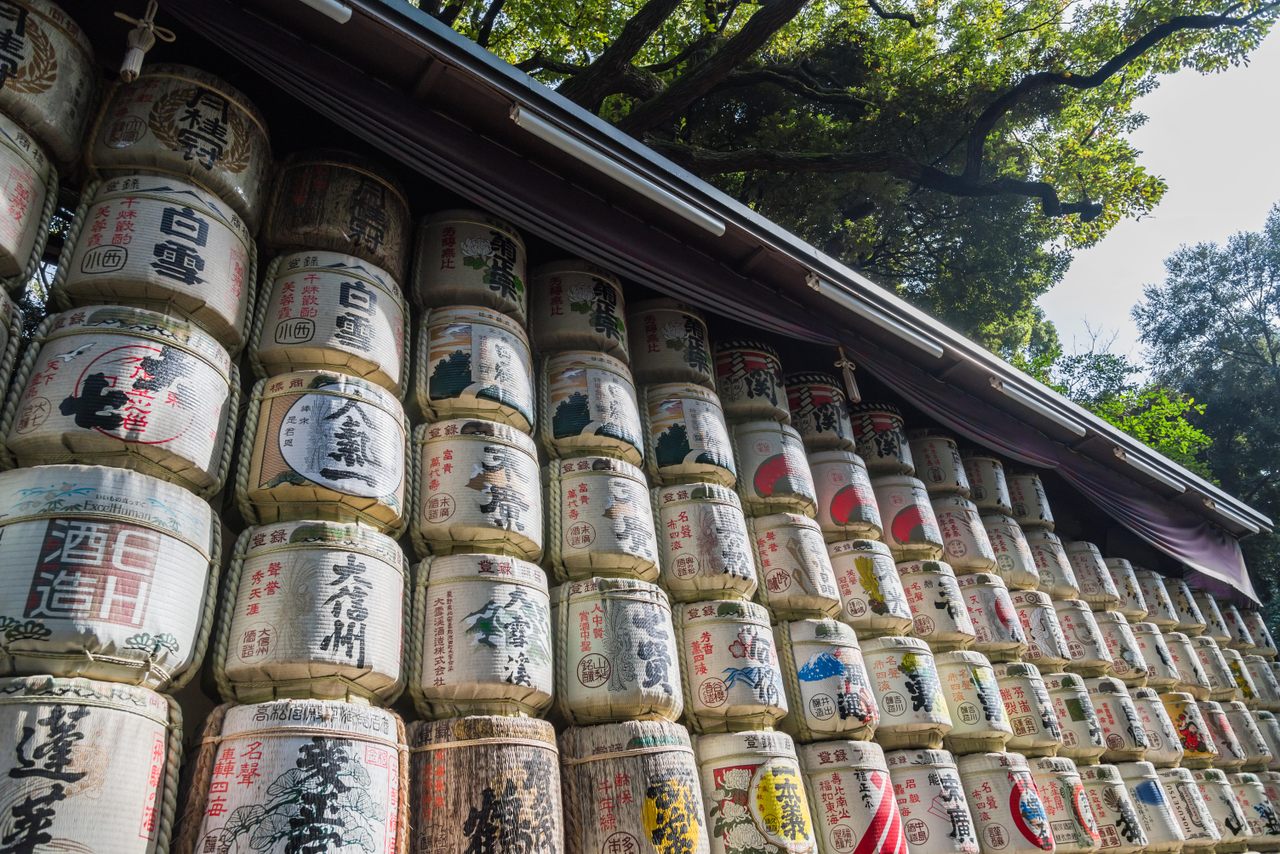 Miho Fujita was a high-powered executive working at a Tokyo toy company. Miho Imada worked in traditional Noh theater. Chizuko Niikawa-Helton was in the fashion industry. But at some point in their careers, all three women had a realization: Their true passion was sake.

Since sake is the most iconic alcoholic drink of Japan, these career shifts may not seem notable. But besides their talent, something else sets Imada, Fujita, and Niikawa-Helton apart in the sake world: They’re women.

“The image of sake is older men,” says Monica Samuels, Director of Sake and Spirits at Vine Connections, one of Imada and Fujita’s U.S. importers. “It’s still not really considered appropriate in a lot of generations and a lot of regions of Japan for a woman to go to a bar.”

Out of Japan’s approximately 1,500 licensed sake breweries, fewer than 50 are run by women. This reflects the workplace challenges women face in Japan, and indeed worldwide. But it also reflects of cultural taboos specific to the production and consumption of the rice-based drink. “Women are perceived as unclean traditionally in Japanese culture,” says Samuels. “That’s a lot of the reason women aren’t allowed in sake breweries.”

But women were once integral to sake production. From sake’s mythic origins to its first appearance in the historical record, women are central to the drink’s tradition. They invented it as shrine attendants, brewed it in family enterprises, and made livings hawking it in premodern villages.* Indeed, taboos against women making sake aren’t an age-old tradition—they’re fairly recent, arising in full force when Japan began its breakneck modernization in 1868. Alongside a growing number of prominent women in sake, Imada, Fujita, and Niikawa-Helton’s rise is a revolution. But it’s also a return to sake’s roots.

Here is a founding myth. A goddess chews rice and spits it into a jar. The enzymes in her saliva break down the starch, fermenting the rice from a sober grain into an effervescent elixir, puckery-sour, lively with yeast, its alcohol content enough to bring her worshippers to ecstasy. This, says Paula R. Curtis, a scholar of premodern Japanese history currently based at Yale, is one of the origin stories of sake.

It’s hard to separate fact from myth in the story of a drink with purportedly divine origins, but historians date women’s participation back to the earliest records of sake in the sixth century. Reading between the lines, they speculate that sake brewing began not with the saliva of a goddess, but with that of female attendants at Shinto shrines, who chewed and spat rice grains to brew alcohol for rituals. The word “toji,” or master brewer, itself holds a suggestion of these origins: It’s often translated as “independent woman” or “housewife,” the female master of a house.

By the eighth century, women and sake entered administrative and literary records together, with women depicted as brewers and money lenders in agricultural economies. By the late-Medieval period, female sake brewers were prominent enough to engage in that age-old practice of the powerful: tax evasion. “We have tax documents and legal documents saying that male and female sake brewers who aren’t following tax regulations will be punished,” Curtis says.

Literature from the time suggests these women were loud, proud, and all business. In one scene from the Shichijuichiban shokunin Uta Awase, a collection of monologues written around 1500 by courtiers in the persona of different “commoner” professions, a pot seller hawks his wares on the street, only to have a female brewer interject, “First, buy some sake!”

So how did women get banned from breweries? Like most major social and cultural shifts, it’s complicated. We tend to think of modernity as freeing women from age-old oppressions. In many contexts, that’s true. But some historians argue that in Edo Japan, an early-modern period starting in 1603, taboos around women’s ritual defilement—the belief that they were inherently polluted, partly because of menstruation—actually increased. It may be around this time that the belief that “when a woman enters the brewery, the sake will spoil” became widespread, Curtis says.

By the time of the Meiji Restoration in 1868, Japan’s economy was shifting away from a village-based model of local family enterprises knit together by webs of social obligation to a more modern, monetary economy. This shift further displaced women, who went from the center of thriving household economies to occupying domestic space separate from the outer, economic realm of business. Like most of Japan’s business world, sake companies tend to be male-dominated.

It’s this landscape that Miho Fujita, now the president of Mioya brewery, entered when she joined the family business in 2003. “It was less common in 2003 than it is now for a woman to work in a brewery, let alone be the president of the brewery,” writes Fujita in an email, translated by distributor Monica Samuels. Fujita was a trailblazer. “I try to hire women when I can, as I have found that they are working very hard to prove themselves in this field,” she adds.

Entering a male-dominated field was challenging. When Niikawa-Helton began working with distributors and producers as an independent sake promoter in New York City more than 10 years ago, she was often one of the only women in the room. “I didn’t see much selling of sake by a female at the time,” she says. As a result, Niikawa-Helton sometimes faced skepticism from distributors. “The first two years were very tough,” she says. She credits female and LGBTQ friends and mentors in the field, as well as her husband, with encouraging her. Now, she says, she doesn’t feel limited by gender.

Indeed, while they’re often asked to talk about gender, Fujita and Imada both say that their work speaks for itself. Fujita’s brewery, in line with her family’s relatively new entry into the industry, has a reputation for experimental techniques, producing brews with strong acidity that she says taste better after they’ve been left open for a few months. Imada’s products, just like her role as a female toji, embody the contemporaneity of tradition. For the past several years, she’s been reviving hattanso, a heritage variety of rice native to the Hiroshima prefecture. She hopes the revival will put Hiroshima’s traditional terroir onto the international stage.

The rise of women in sake illustrates the fact that modern culinary innovations often remix traditional foodways. It also shows what stays constant across time. “In 16th-century courtier diaries, some entries will just be, ‘Tonight we had a poetry gathering at my manor, and xyz came over and we drank sake,’” Curtis says. “Or it will be just a list of 20 people and a note, ‘We drank sake.’’’ Five hundred years and several major historical transformations later, it’s this spirit of companionship and pleasure that continues to motivate Miho Imada. “Good sake makes everyone happy, and that is my drive to brew,” she says.

*Correction: A previous version of this article stated that sake was invented by temple attendants. It was likely invented by attendants of Shinto shrines.

Beer, sake, and a certain flowery wine had their start as women's work.
jewish

Chiune Sugihara was "Righteous Among the Nations."
haunted

And the sociologist and actors trying to exorcise the gender stereotyping demon.
music