To Work Out Like a Samurai, Swing a Stick, Take a Hike—or Push Some Pencils - Atlas Obscura
Want to see fewer ads? Become a Member. 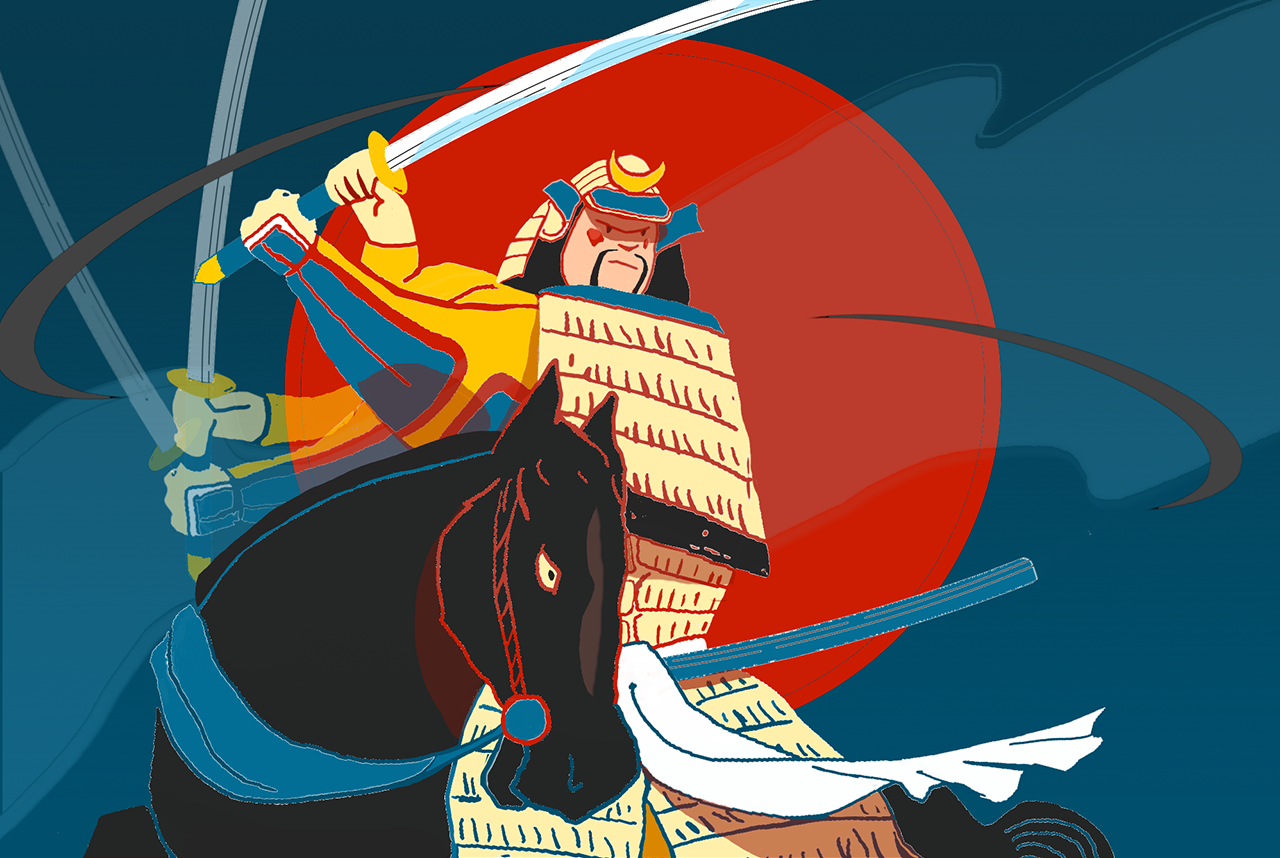 Samurai were fierceness in the front, but all business in the back. Tobes Studio for Atlas Obscura

In feudal Japan there were few folks you’d want to cross less than a samurai. The military nobility of the country’s Tokugawa period were equal parts martial artists and state representatives, serving as the loyal officers of local daimyo (domain) lords.

But though they were born into the warrior caste, samurai didn’t emerge from the womb as the fit foot soldiers you might imagine. That required training, and lots of it. Starting in childhood, samurai went to special schools or to private tutors to learn the various martial arts that would come to define who they were.

But what would working out like a samurai look like in the 21st century? And how could such a regimen be adapted for life at home today?

“A lot of calisthenics in the afternoon,” says Michael Wert, an expert in samurai history at Marquette University who has taught Japanese archery in the Milwaukee area for about two decades. “[You] could swing a broom.”

Swordsmanship was a diverse enterprise: By some estimates, about 700 different styles were practiced across the archipelago. (Archery, another important samurai martial art, had only three main styles). In practicing with a sword, samurai would iterate and reiterate key motions, sometimes using a wooden practice blade for the exercises.

Swimming was also an important skill for the warriors, and a version of samurai swimming is still practiced today. “It was good for your health,” Wert says. “But it was also useful for, like, ‘How do you cross a river when you have your weapons?’ ‘How do you shoot a bow and arrow while you’re treading water?’ That kind of thing.”

After their training, which spanned childhood to early adulthood, many samurai took an extended break from fitness, focusing instead on the various administrative duties for the empire—accounting, for instance—with which they were tasked. After a war in the 1630s, the Tokugawa period ushered in centuries of peace. The samurai tradition continued unabated, but generations of these famed warriors never saw battle. In this way, says Wert, samurai were really “sword-wearing bureaucrats.”

“A lot of samurai just did the basic minimum they were required to do, and then the[ir] swords just kind of sat around,” he says. “Sometimes they would forget to carry them, and they [got] in trouble. They weren’t as gung-ho as we all imagine.”

That’s not to say that samurai weren’t fit. Many were in great shape, especially in their early years—a period in a young warrior’s life that was crowded with lessons in Confucianism and a mix of personal training sessions and classes with local teachers, who instructed them in the varied disciplines of swordsmanship, archery, and horseback riding. But when they got older, things changed.

“Some of them were busy with their jobs; others were busy pursuing their own hobbies, or just partying or whatever, and martial arts was not really something they were into,” Wert says.

For the trained warriors who stayed consistent with their regimens, workouts took place alongside other samurai—an untenable situation during any stay-at-home order. Instead, try grabbing the nearest broom and start practicing your sword motions (though that may not be such a good thing for your knick-knacks or light fixtures).

Toward the twilight of the samurai period—the late 18th and early 19th centuries—styles changed. Those hundreds of swordsmanship styles began to be supplanted—not with firepower, but with bamboo. Weapons and armor alike were made out of the plant shoots, and used in a fast-paced combat style that laid the foundations for modern-day kendo.

But personal training never went away. For samurai, the mountainous archipelago of Japan was perfect for some challenging cardio work. If you have a trail nearby, take note.

“Samurai would [always] go somewhere to train,” Wert says. “So if [you can’t] go and train anywhere because all the gyms are closed, then go hiking or jogging or running.”

Even if you don’t have a katana lying around, or bamboo armor on hand, you can still work out like a samurai during the pandemic. All you really need are a half-decent pair of sneaks—or a filing cabinet that needs some attention.

Being fit and chivalric is as much a mental state as a physical one.
mythology

To Work Out Like an Amazon, Limber Up and Find a Horse

The fearsome fighters of Greek mythology have a very real, very fit regimen to share.
medicine

How Acupuncture Became a Radical Remedy in the Bronx

A contemporary debate would feel familiar to Europeans alive when the Bubonic plague arrived.
List