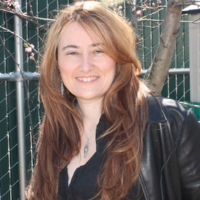 I grew up in a family of Russian scientists listening to bedtime stories about black holes, volcanoes and intrepid explorers. Since then, I have survived Siberian winter, Jordanian summer and Columbia J-School. I edited features at the Nautilus magazine, won three awards for stories about poo, and have written for Newsweek, The Atlantic, The Boston Globe, Reader’s Digest, Smithsonian, Sierra Club, Alaska Airlines, Korean Air, Hemispheres, Audubon, and Mosaic Science, among others. Along the way, I’ve munched on Mexican crickets, cooked a zebu stew in Madagascar, cheered with a drink made from a venomous snake in Peru—but I always lived to write the story. I am working on a book titled “The Other Dark Matter: The Science and Business of Turning Waste into Wealth” for Chicago University Press, I am a culture shock junkie, and I camp out in New York so I can fly nonstop to almost anywhere.
http://linazeldovich.com/

A team of divers and archaeologists discovered the 19th-century fragrance in a shipwreck off the coast of Bermuda.

The secret is inside the walls themselves.

The mammals in Geneva’s outskirts are now iconic in the country.