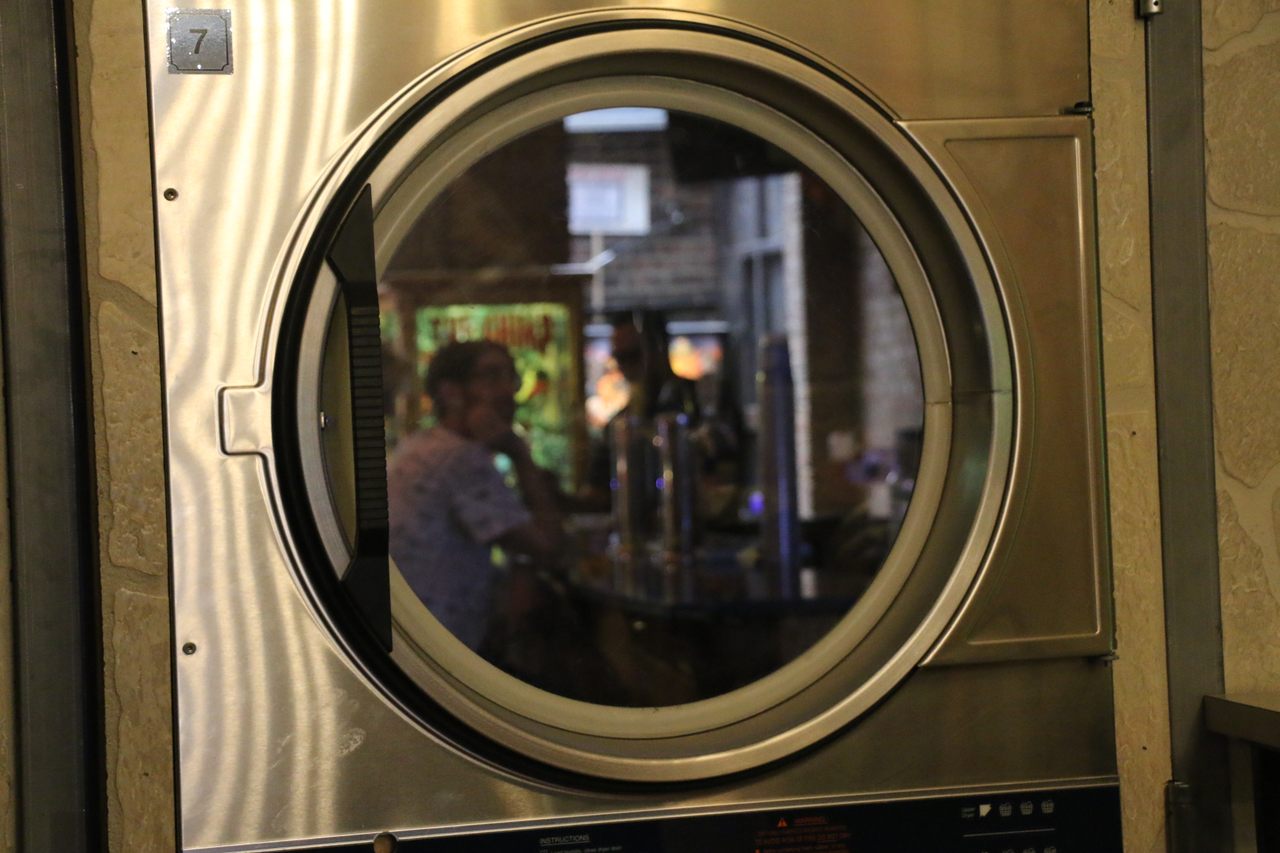 Through the looking glass... Dylan Thuras
In This Story
Place

The only parking meter in the entire town, it is surrounded by 100 free spaces.
Place

One of New York's best collections of pinball is hidden in a secret bar in the back of this laundromat.
Permanently Closed
Place

An old vending machine serves up unpredictable beverages from its seemingly magical insides.

Narnia hid behind a wardrobe. Doctor Who’s Tardis was disguised as a blue police call box. With no signage and no flags, these out of the ordinary things are hidden away disguised as something utterly banal. In some cases, these things are camouflaged on accident; in others, they are secreted away so that only those in the know can find them.

Either way, the world is full of seemingly mundane places that are more than meets the eye. It reminds us to stay curious—one has to always be on the lookout for wonder. Here are nine places in the Atlas that may seem boring at first glance but are actually amazing once you take a closer look. If you know of mundane place hiding something wonderful, add it to the Atlas!

You might not notice anything off about this Brooklyn Heights townhouse, other than the black reflective windows. Though it was once a private residence, this building is now a clandestine emergency exit from the 4 and 5 train lines. The decoy has been sitting at 58 Joralemon Street since 1908, but in recent years the NYPD has heightened security measures around the “entrance” to the “house” in an attempt to prevent curious passersby from any subterranean exploration.

What sits just behind the Snapple machine in the back of this bodega? (Photo: Atlas Obscura user themakebelieve)

If you’ve seen one bodega you’ve seen them all, right? There are shelves of Gatorade and Doritos and maybe a friendly cat if you’re lucky. But this deli in Boston is different. Though it does function as a regular corner store, a secret door behind the Snapple machine leads to a shiny, lacquered men’s clothing store, supplying the finest designer sneakers and tees in an environment that could not be more of a departure from the mundane shop it hides behind.

In Seattle’s Capitol Hill neighborhood, a dingy 1970s soda machine dispenses wonder in the form of mystery soda. Insert 75¢, select a button (it used to have branded buttons like Mountain Dew and Pepsi, but those have all been replaced by MYSTERY buttons), and receive a random soda blessing from the machine. One person reported receiving more brands of soda than there were buttons. No one knows who stocks the machine or why, but there is no concerted effort to find out either. It would be a crime to strip any of the mystery away from the Mystery Soda Machine.

This parking meter is actually just a parking meter, but its very existence is the whimsical thing about it. Winters is a quiet little farming town but in the past few years it has become a tourist destination for those who want to take in a country atmosphere. As such, locals have been having trouble finding parking in the business district (which, though full of free parking, is only about four blocks long). In April of 2015 a single old—yet still functioning—parking meter appeared in the downtown area. It wasn’t placed by the city council, but rather by a mysterious prankster commenting on the tourist economy in Winters. It’s rumored that the police don’t even have an ordinance addressing parking meters. Out-of-towners have been seen feeding the meter and then walking away grumbling, and occasionally parents will drop a dime in to show their kids how it works. The rogue parking meter generates about $100 a year, all of which is donated to the annual fireworks fund.

A clean, friendly laundromat in your neighborhood is a blessing. A laundromat with a secret bar in the back is a godsend. A laundromat with a secret bar in the back featuring some of the rarest pinball machines in the world is an absolute treasure, and that’s exactly what Sunshine Laundromat is. You might be happy enough playing the few pinball machines amidst the washers and dryers, but in the very back of the narrow establishment, two of the washers are different. If you look closely through the fish-eye glass of the washer doors, you’ll see a warm, brick-walled bar behind, illuminated by flashing pinball lights.

On the N/R subway platform at 34th Street Penn Station, there are green metal bars mounted a foot or two above eye level. At regular intervals along the bars are small holes, and between the holes are what look like air ducts. But the air ducts are really speakers, and the holes actually contain motion sensors. Reach a hand up in front of one of the holes, and you’ll trigger a sound. You can move from sensor to sensor, playing a different sound on the instrument as you wait for your train. The installation, called REACH: New York, was built by Christopher Janney in 1995. The sounds are updated every year. In 2015, the selection included a number of traditional musical instrument sounds along with six kinds of frog sounds. The 2016 update featured marimbas and xylophones. There is only one small, usually unnoticed sign that explains it, which facilitates the joy subway riders experience as they discover the secret installation.

When walking along the Swiss border you might be charmed by two pastel suburban houses. Don’t be fooled; Villa Rose and Villa Verte are no harmless abodes. They are military fortresses, deceptively disguised as sweet little chalets. Behind the painted-on windows is a substantial cache of weaponry, including cannons behind the garage doors. These were built during World War II, but fortunately Switzerland’s history has been very peaceful ever since.

8. Flask and the Press

The secret entrance to Flask. (Photo: Courtesy of msemmafan on Instagram)

If you live in a metropolitan area, you’re awash in speakeasies, period authentic or brand new. Some of them keep the secret well, others not so much. But however many speakeasies you’ve patronized, a cocktail bar hidden behind a vintage Coke machine within a sandwich shop in the middle of Shanghai remains one of the few instances where that original sense of magic lingers in the air exactly as it did in the Prohibition era. Behind a sleek, minimalistic sandwich shop, The Press, there is a brooding, dark bar called Flask. By pulling the lever on the machine, visitors can peel back the layers of personality in this place and step into a whole different world.

There’s obviously lots to look at in New York City’s Times Square, so it makes sense that you would miss the mysterious hum that can only be seen, not heard. One part art installation, one part social experiment, the hum was installed by artist Max Neuhaus in 1977. Speakers beneath a subway grate on a median between 45th and 46th Streets project an unplaceable sound—sort of a machine/voice humming noise. He wanted to see if anyone would notice the change in the sonic environment. Very few did. Times Square has only gotten noisier since Neuhaus created his piece, making the secret art all the more clandestine and special once you’ve found it.

From a Nazi code machine found at the bottom of a bay to a vintage Babe Ruth card hidden in a piano.
tunnels

Thousands of people pass through these destinations each day unaware there's a hidden gem tucked inside.
abandoned