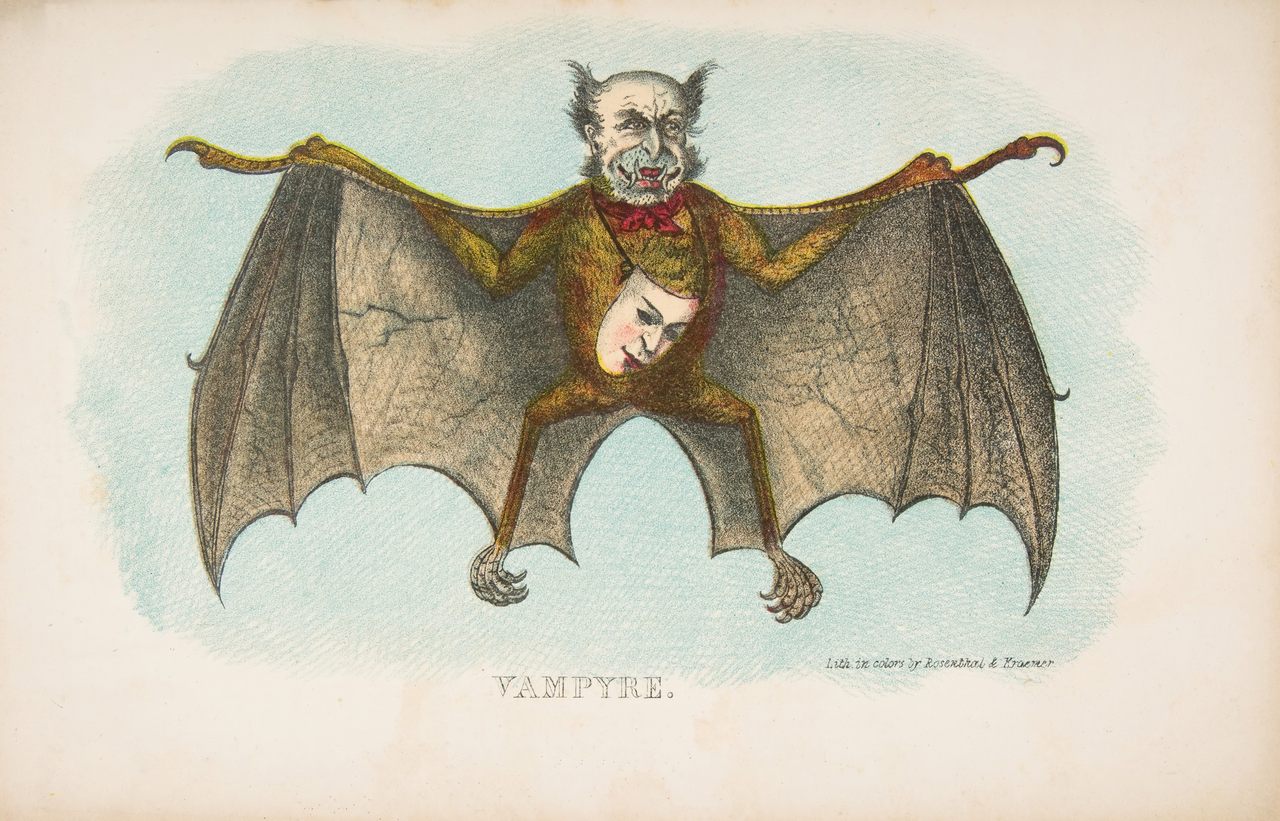 Through the centuries, the vampire myth has taken many different forms. Heritage Art/Heritage Images via Getty Images

Vampire lore reaches back more than a millennium, to the first known written reference to the undead bloodsuckers in an Old Russian religious text. And Dracula scholar Edward G. Petitt doesn’t think our interest in them will ever die. “That fascination is rooted in our anxiety over death,” he says. “And vampires are tied up in the way we relate to each other and how we relate to each other in intimate ways.” These five favorite Atlas Obscura stories show the evolution of the vampire—through history and literature, yes, but also through tales of fraud, conspiracy, and even mathematics.

The vampire myth was born out of disease, demons, and discord.

As a professor of Slavic studies who has taught a course on vampires called “Dracula” for more than a decade, author Stanley Stepanic has always been fascinated by the vampire’s popularity, considering its origins—as a demonic creature strongly associated with disease.

A Mistranslation Turned an Indian Trickster Into a Bloodsucker

A warped version of the vetala may have been an inspiration for modern vampire stories.

As 11th-century legend goes, the vetala is a ghoulish trickster of varying description that haunts cemeteries and forests, hanging upside down from trees and waiting for humans to play pranks on. It existed in Indian lore, at least until 19th-century British explorer Richard Burton brought the story of the vetala to Western audiences. He chose to describe the creature as a “vampire” instead of a “spirit.” The rest is history.

How Dracula Made the Vampire Immortal

The Rosenbach Museum in Philadelphia holds Bram Stoker’s notes on his now-famous novel about the fanged among us. They reveal that the author considered giving his main character the ability to “give no shadow,” to “see in the dark,” and to have “the power of getting big and small.”

We Really Want Vampire Killing Kits to Be Real

Can a modern fraud protect you from a centuries-old threat?

Around 1970, when movies and television series starring Dracula helped revive interest in Eastern Europe’s ancient bloodthirsty undead, dealers started catering to the burgeoning market for antiques related to vampires. Worn wooden boxes full of tarnished weapons, said to kill or at least gross out vampires, surfaced widely at auctions. The only problem: Historians have debunked them as hoaxes.

Mathematicians Are Obsessed With Vampires, Too

Running the numbers on a mass bloodletting.

A surprisingly large number of academic studies—as in, more than none—have applied mathematical modeling to the concept of human-vampire coexistence. We have 165 days—or a lifetime, if we can make peace with the bloodthirsty among us.