How the Navy Tried to Turn Bioluminescence Against the Soviets - Atlas Obscura
Want to see fewer ads? Become a Member. 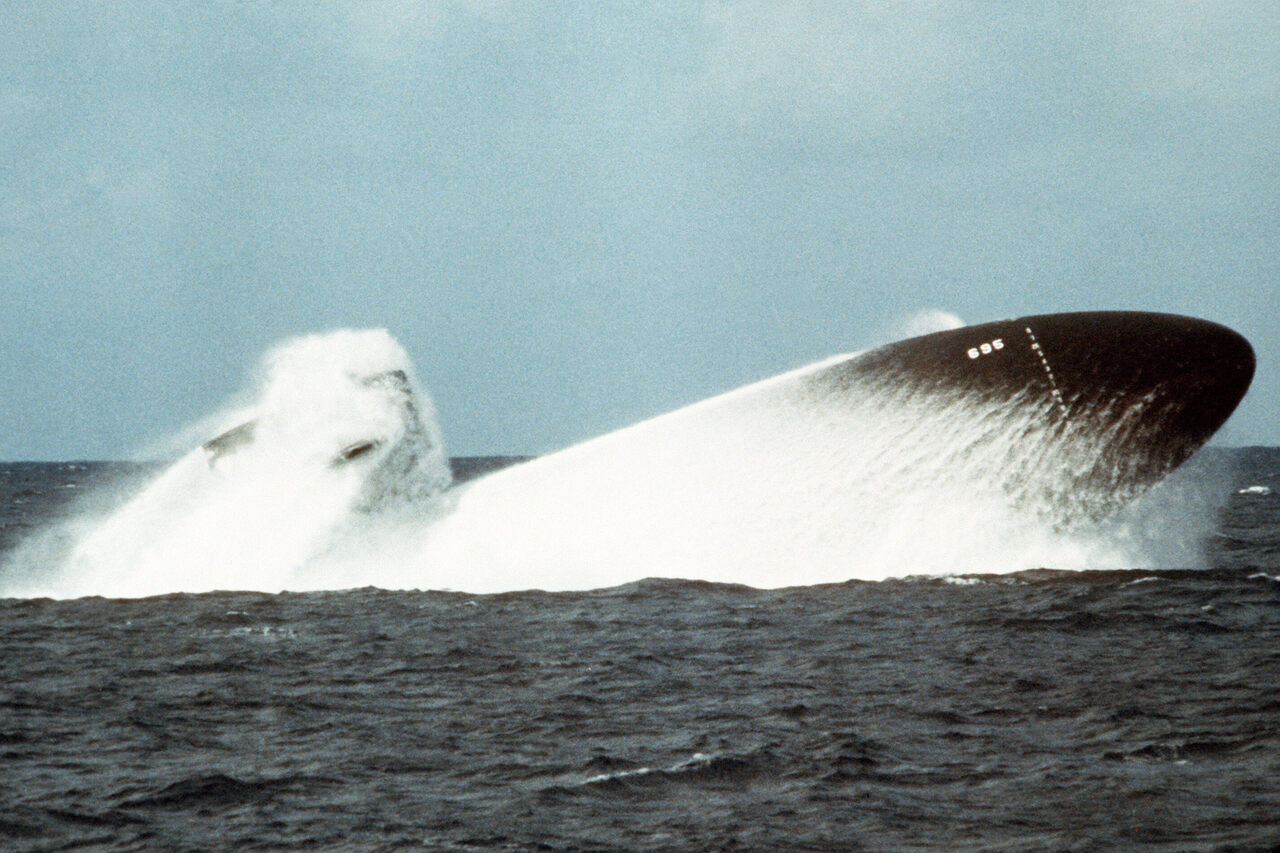 In October 1999, Ukraine’s secret service showed up at the home and office of Sergei Piontkovski, a marine biologist, and started raiding his files. They were looking for information about plankton.

Piontkovski was a leading scientist at the Institute of Biology of Southern Seas in Sevastopol, Ukraine, and since the fall of the Soviet Union, he had been working with colleagues in the West to analyze huge troves of ocean data that Soviet ships had collected around the world during the Cold War. The investigation focused on the grant money that Piontkovski and his colleagues had received from western institutions, but the New Scientist reported at the time that there could be another reason for the Security Bureau’s interest in the scientists and their plankton data—some of their studies focused on tiny bioluminescent organisms that could help military forces detect enemy submarines.

For decades, during the Cold War, both the U.S. and the U.S.S.R. had a military interest in bioluminescent organisms, which use a chemical reaction to produce a brief glow when they’re stimulated. The light of tiny ocean creatures had revealed on occasion the locations of submarines in World War I, and both militaries imagined that they might be able to use this natural phenomenon more systematically in anti-submarine warfare.

But despite those serendipitous illuminations of otherwise stealthy submarines, harnessing bioluminescence for human purposes proved somewhat elusive. While the Navy’s interest expanded scientific understanding of this phenomenon, the light of the ocean’s tiny creatures was difficult to bend to a military will.

In November 1918, toward the end of the Great War, a British ship gliding on the surface of the ocean, off the coast of Spain, noticed a strange shape down in the water. It was blue, glowing, and suspiciously large. The ship attacked. The hunch that the sailors had found something suspicious was correct: they had destroyed a German submarine that had agitated a field of bioluminescent plankton, which lit up and gave away its position.

Sailors had long noticed the transcendent light of “milky seas,” where glowing plankton gathered en masse and lit the water up. The Arabian Sea was known to glow, as were the seas around parts of Indonesia. But there was little known about the bioluminescent properties of the ocean in general. Scientists did not yet know how abundant bioluminescent organisms were, where they might be found, or how brightly their light shone. In 1966, when the U.S. Naval Oceanographic Office published a study that collected for the first time reports of bioluminescence going back centuries, the office’s commander wrote that the study of these organisms had gone “sadly neglected for a long time.”

In the second half of 20th century, though, the U.S. military had a pressing reason to learn more about these creatures. Facing down the Soviet superpower, the Navy had to plan how to transport ships full of men, tanks, and other war equipment across the Atlantic Ocean to Europe, if World War III had broken out as a ground war. To cross the ocean, these ships would have to pass by Soviet submarines, hidden as well as they could be. Any method of detecting them could be of use.

The U.S. had a defensive interest in bioluminescence, too. “A lot of the research into anti-submarine warfare had to do with how the Soviets might detect our submarines,” says Donald Daniel, a security expert who in the 1980s wrote a guide to anti-submarine warfare. “The United States did an excellent job of silencing its submarines, and we were looking at different detection strategies largely because we wondered what they could get us with, if they couldn’t get us with acoustics.”

The Soviet Union, it turned out, was also interested in bioluminescence. From 1970 to 1990, ships equipped with monitoring equipment were cruising the open waters of the oceans, surveying their characteristics. Back then, large portions of the ocean were still a mystery: it was in these same years that satellites launched into space starting giving the first comprehensive scientific overviews of the world’s watery reaches. Soviet scientists on these long cruises were casting bioluminescent sensors into the water, where they would capture a certain volume, agitate the water to set the organisms aglow, and measure their light.

By the end of the Cold War, neither side had succeeded in turning bioluminescence into a strategic advantage, though. “While it was an interesting idea, in terms of practical relevance, it was turning out to be way too hard,” says Daniel. The light-sensing technology wasn’t quite good enough to be of use; distinguishing bioluminescence sparked by whales or schools of fish from bioluminescence from submarine movement proved difficult.

In the 1990s, Soviet scientists like Piontkovski started collaborating with British and American institutions who were interested in the same problems they were. In 1997, for instance, Piontkovski worked with scientists in the U.K. and the U.S. to analyze the bioluminescence data collected over 20 years of Soviet Ocean surveys. At the same time, even with the Cold War over, scientists were making progress in understanding the ocean’s bioluminescent qualities and how bioluminescent organisms themselves worked. The Navy had developed standardized instruments to measure bioluminescence, a huge boon for researchers. Through the 2000s Naval researchers were still expanding a database of bioluminescence measurements, and funding was still going to scientists to develop models that could predict what the bioluminescent signature of a ship might look like.

The next step in creating a predictive system would have involved creating a program that could take particular inputs and spit out a hypothetical bioluminescent signal for a given object. “That kind of fell apart,” says Michael Latz, a scientist who had worked on this idea, with government funding. “I don’t think that part has happened.” Funding for this sort of work has also dried up, and a recent government research project to create “better predictability of bioluminescent organism” finished work in 2014. “We are not currently doing any research on the topic,” a spokesperson for the Office of Naval Research says. Despite all the Navy’s efforts, bioluminescent organisms never quite cooperated, it seems.

Found: A 400-Year-Old Buddha Statue, Hidden Under a Manmade Lake

And scientists are making new discoveries about them using satellite imagery.
subterranean

Digging into the science of three cities' sewer-clogging blobs.
science

Only now do scientists fully understand just how strong a 1972 solar storm was.
graveyards

Before Arlington was a national cemetery, it was the Lee homestead, and then a tent city for occupying troops.
Video • Gastro Obscura