What It Took to Get Impeached in the 14th Century - Atlas Obscura
Want to see fewer ads? Become a Member. 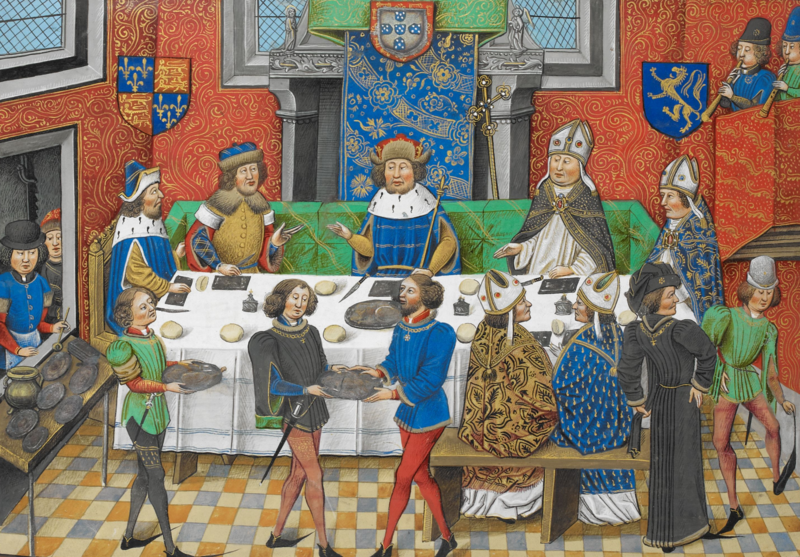 John of Gaunt visits the King of Portugal. Public domain
In This Story
Destination Guide

Trace the history of American laws allowing the impeachment of elected leaders, and the trail leads back to a very different place and time—14th-century England, under the House of Plantagenet. What did it take to get impeached in the 1370s and ‘80s? Offenses included: selling a castle, accepting bribes to release captured ships, and failing to properly guard the sea.

This was well after Richard the Lionheart but well before all the most famous Henrys, the medieval period that was the setting of Shakespeare’s earliest English histories. King Edward III*, whose reign began in 1327, when he was 14, led England through a series of military victories. But toward the end of his life, his court had become so riddled with corruption that the parliament of 1376, which tried to address the problems, became known as the Good Parliament. It was responsible for the first impeachment in English history.

The impeached man, Baron William Latimer, the fourth Baron Latimer, was part of a shady gang of political figures close to the King’s third surviving son, John of Gaunt. Latimer had a long career of military and public service, including acting as governor of Brittany and fighting in the Hundred Years’ War. But by the 1370s, he was spending his time with John, a merchant named Richard Lyons, and the king’s mistress, Alice Perrers, who was said to be so unscrupulous that she took the rings from the king’s hand when he died. The Good Parliament wanted to beat back their control over the court, so they used a never-before-exercised power that allowed them to strip him of his various offices.

What exactly did Baron Latimer do to justify impeachment? The list of his misdeeds, according the 1892 Dictionary of National Biography, edited by Sir Leslie Stephen, included:

Essentially, self-interest, self-enrichment, bending the rules for personal gain—being a jerk. Baron Latimer was impeached, and he lost his seat on the Royal Council and went to prison, where he languished for just a year before the king died and John of Gaunt used his influence to secure Latimer’s release.

Latimer’s impeachment set off a string of them in the 14th- and 15th-century courts of England. Between 1376 and 1450, there were at least 10 documented, according to a 1990 article published in the Justice Systems Journal. Most of those incidents did not have written articles of impeachment or, at least, not any that survive. But in another high profile impeachment, by the Wonderful Parliament of 1386 (presumably even better at life and morality than the Good Parliament), the subject of the controversy, Michael de la Pole, demanded that the articles of impeachment be formally written out. In that case, they included:

The king at the time, Richard II, was reportedly upset to hear about de la Pole’s offenses: “Alas, alas, Michael see what thou hast done!” he’s supposed to have said. De la Pole was eventually accused of treason and fled to France where he lived out his days. Sad!

* Correction: The king in question was originally identified as Edward II. It was actually Edward III.

Why an English Museum Has a Collection of Magic Potatoes

They wore pants, advocated for free love, and refused to back down.
politics

It's a curious case.
Want to see fewer ads? Become a Member.
From Around the Web
Atlas Obscura Trips
Southern England: Lore of Dartmoor
View This Trip
Thanks for sharing!