Cook Like an Ancient Mesopotamian With the World’s Oldest Recipes - Gastro Obscura
Want to see fewer ads? Become a Member. 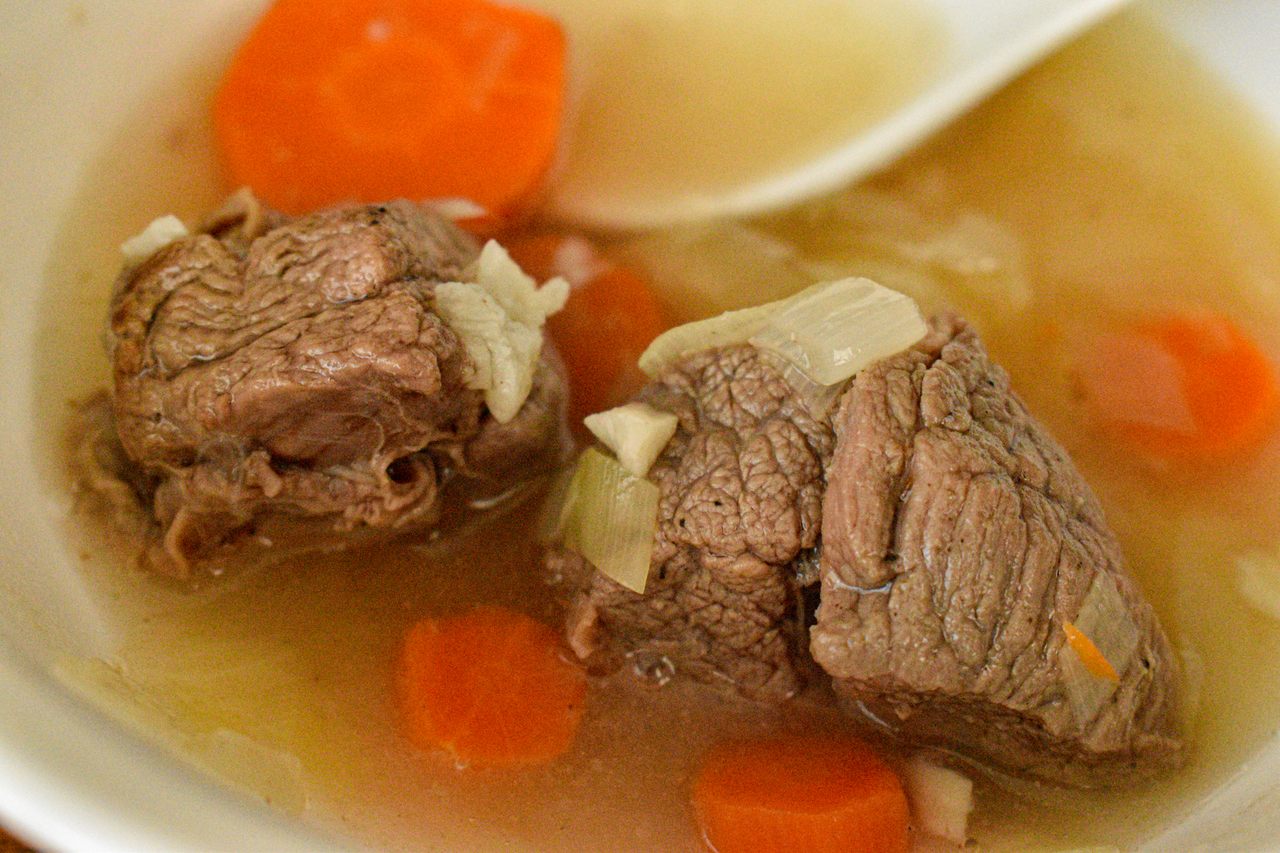 Historian Jean Bottéro concluded his 2001 article, “The Oldest Cuisine in the World: Cooking in Mesopotamia,” with an insult of sorts. “I would not advise trying to incorporate their culinary tradition, just as it stands, into our own,” he wrote, speculating that a modern eater would not enjoy the garlic-heavy, salt-light dishes that people ate nearly 4,000 years ago.

But ever since, chefs around the globe have attempted Mesopotamian recipes, the oldest on record, in their home kitchens. Nawal Nasrallah, an Iraqi scholar and and cookbook author, has written about adapting the ancient recipes for modern kitchens. Nearly a decade ago, Laura Kelley, founder of the blog The Silk Road Gourmet, organized an ancient Mesopotamian cooking challenge. More recently, an interdisciplinary team from Yale and Harvard whipped up a Mesopotamian feast in 2018. All three endeavors had the same source material: a set of four ancient clay tablets in the Yale Babylonian collection.

The tablets provide substantial evidence for a haute Mesopotamian cuisine. 4,000 years ago, the Mesopotamian region, which includes present-day Iraq and parts of Syria and Turkey, was already an established hotbed of innovation, encompassing the first cities, writing systems, and even the first recorded cuisine. Early scribes impressed wedge-shaped marks on clay tablets with reed styluses. Applying this method to the recipe tablets, scribes recorded culinary routines using Akkadian, an ancient Semitic language. Scholars estimate that three of the four recipe tablets originated around 1730 BC, and the fourth around 1,000 years later. Unfortunately, little is known about their origins, except that Yale added them to their collection in 1911, in a purchase of therapeutic and pharmaceutical texts.

For decades, their contents had historians stumped. In 1933, curator Ferris Stephens interpreted them as recipes for medicine. In the 1940s, curators Mary Inda Hussey and Albrecht Goetze came to the same conclusion, although Hussey later suspected that the tablets communicated more than just medical recipes. Nearly 40 years later, when Bottéro began retranslating the tablets for his research on Babylonian cooking, he found that the tablets were stamped with dozens of ancient Mesopotamian recipes.

After Bottéro’s initial discovery, historians continued to uncover surprising patterns. Portions of the tablets have either broken off or eroded with time, but astute translators identified both long and short recipes along with titles for individual recipes. While a few ingredients have ambiguous translations, Nasrallah has identified striking similarities between Mesopotamian and modern Iraqi recipes. “Some of the ingredients are unidentified, which is frustrating, but I do see similarities to what is being used in Iraq nowadays,” she says. “Such in the case of the herb erishtu, which I believe to be what we call today rashshād, pepper grass.”

The most complete of the tablets contains 25 recipes: 21 meat dishes, three vegetable-meat dishes, and one vegetarian dish. One of its simplest recipes, Bottéro notes, consists of only two lines: “Meat broth. Take some meat. Get the water ready. Add some fat. Some … [the word is lost], leek and garlic pounded together, and plain shuhutinnu.”

Though the recipes are short, with limited instructions and no measurements, they all call for multiple ingredients and likely took hours to prepare. To this day, why ancient scribes recorded these particular recipes remains a mystery. However, the expensive cuts of meat, elaborate techniques, and various seasonings could mean that chefs prepared these dishes for special occasions.

To sample flavors from the oldest cuisine in the world, today’s chefs must read between the lines. The recipe for meat broth doesn’t even specify what meat to use. However, census records from the time mention fowl, sheep, and cattle. When it comes to the unknown ingredients, consensus on their translations is rare. In the case of the broth, the jury is out on whether shuhutinnu is an onion, an herb, or a root vegetable. With all these varying translations, it’s impossible to argue for one interpretation with complete certainty.

Beyond Yale’s tablets, additional Mesopotamian dishes appear in records on food rituals and upon archaeological artifacts. Mesopotamians not only fed themselves, but also assembled elaborate dishes for their gods. Sweets, which made their way into popular traditions and rituals, incorporated honey and date fruits. Mesoptomian pastry chefs crafted recipes for qullupu, a sweet date-filled cookie, and mersu, a date and pistachio candy. Ancient texts reveal that ancient Mesopotamians offered qullupu to the Sumerian goddess Inanna during the New Year and Spring Festivals.

Bottéro may not have endorsed Mesopotamian cuisine, but cooks today keep making it, using complex spices, unique textures, and diverse flavors while tipping a nod to the original texts. No matter what, there will be a few inconsistencies. Today’s versions can’t incorporate the same ingredients, use the same cookware, or utilize the same cooking techniques as 4,000 years ago. But you can still try for a taste of ancient Mesopotamia in your modern kitchen with recipes for meat broth and mersu. For a challenge, try searching the Yale Babylonian collection for the tablet recipes yourself, and cook up your own interpretation of Mesopotamian cuisine.

1. Prepare the Vegetables and Meat

Slice the carrots, garlic, and leeks. Using a mortar and pestle or a spoon, grind the leeks and garlic together in a mixing bowl. Set aside. Cut the beef into large one-inch cubes and season with salt and pepper, if you wish. Drizzle oil in a wide-brimmed pot, before adding the meat and browning lightly on both sides.

Cover the pot and let the soup simmer for two hours, with occasional stirring. Before serving, skim off the beef fat with a strainer and flavor with salt and pepper to your taste.

1. Prepare the Dates and Pistachios

Cut the dried dates into halves and transfer to a medium bowl. Pour 2 cups of boiling water over the dates and cover with tin foil or a lid. Let the dates sit for 30 minutes. In the meantime, shell 2 cups of pistachios and grind the nuts into a fine powder using a blender. Set aside.

When the dates are ready, drain the water (leave a little water for easier mixing) and add a cup of pistachio powder and the melted butter to the bowl. Using a fork, potato masher, or mortar and pestle, grind the ingredients into a smooth mix.

Using your hands, roll the mix into 12 balls and coat each ball with the remainder of the pistachio mix. If you prefer smaller candies, you can make around 18 balls. Transfer the rolled mersu to the fridge to chill before serving.