More Than Half a Century of Microplastics Are Buried in Layers of Sediment, Like Synthetic Fossils - Atlas Obscura
Want to see fewer ads? Become a Member. 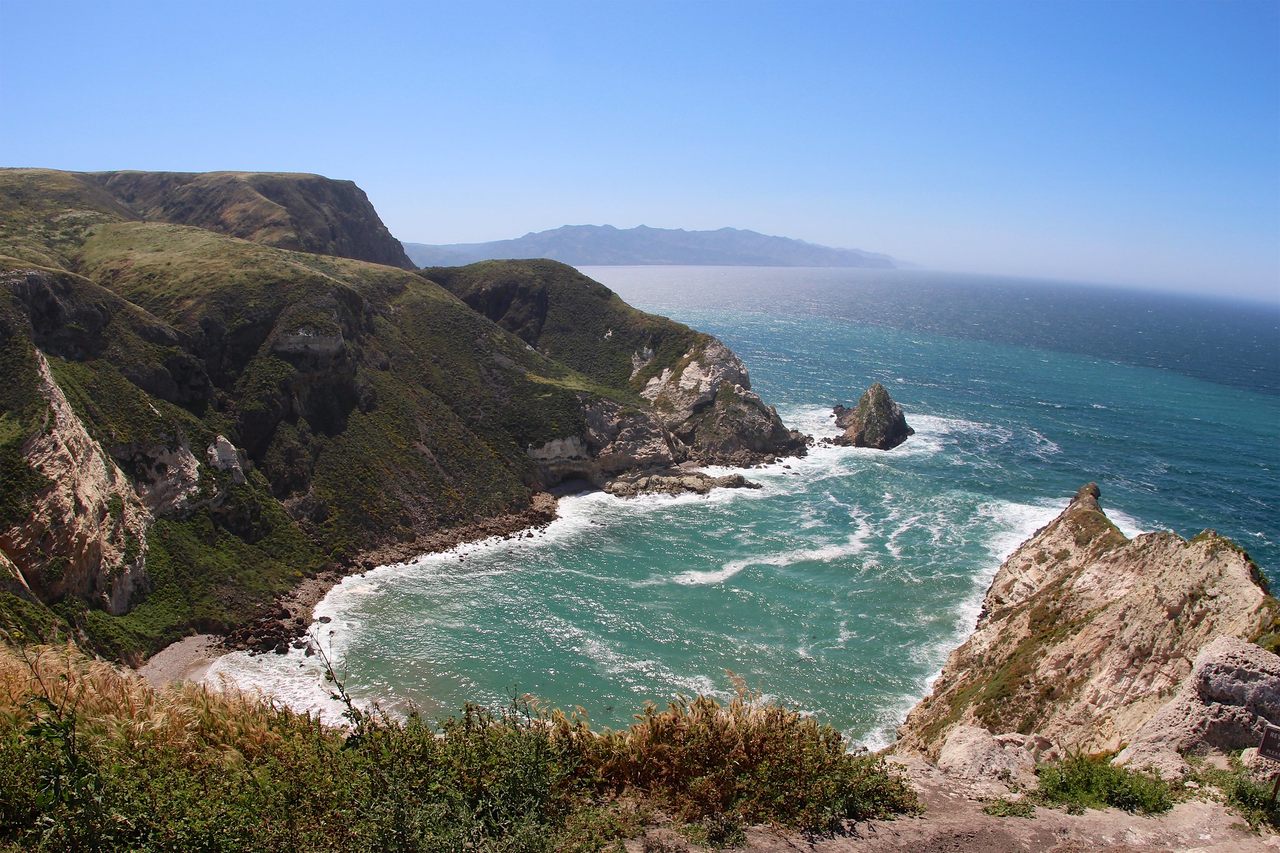 The plastic-strewn sediment core was collected partway between Santa Barbara and the Channel Islands off the California coast. daveynin/CC by 2.0
In This Story
Destination Guide

Sand, soil, and rock all hold traces of our past. Scientists can read the layers of sediment like chapters in a story: footprints from vanished creatures and ripples of long-gone waves preserved in petrified seabeds, evidence of fires deposited in soil, bits of skeletons or feathers embedded in stone. Sediment is often a way to look in Earth’s rearview mirror, but researchers in California recently found that our more recent obsession with plastics shows up in the record, too.

Plastics, which are mostly made from byproducts of petroleum and other fossil fuels, were first synthesized in the 19th century and boomed after World War II. These days, debris from these cheap, durable materials shows up just about everywhere, from mountain peaks to deep crannies of the Mariana Trench. Pale nurdles collect in heaps on Texas beaches; scraps of plastic bags ensnare and entangle corals. To figure out where and when plastics landed in marine sediments, a team from the Scripps Institution of Oceanography and the Birch Aquarium at the University of California San Diego set out, in 2010, to take a core from the floor of the Santa Barbara Basin.

This location, roughly 20 miles from the California coast and close to the Channel Islands, struck the team as a smart sampling site because the conditions are fairly anaerobic—meaning things don’t break down quickly—and the sediment is relatively undisturbed, leaving an intact record reaching back thousands of years, according to Jennifer Brandon, a biologist at Scripps who studies microplastics.

From a research vessel, scientists dropped coring equipment to the seafloor, more than 1,900 feet below the surface. The crew hauled up a sample of sediment about 30 inches long and six inches wide, which represented 175 years of accumulated debris. (Every 0.2 inches of the core represents roughly 2.2 years of material that has snowed down from the waters above, including fish scales, plankton exoskeletons, and more.)

Fresh out of the water, the core looked greenish brown, striped with lighter hues. The darker layers are evidence of winter months, Brandon says, when phytoplankton blooms and carbon proliferates (and eventually falls to the bottom as silt). The lighter swaths represent summers. “You can literally see every year,” says Brandon, who is lead author of the team’s new paper describing their findings, published this week in Science Advances. “You can basically look at these cores as a record of whatever happened right above it.” That includes everything from weather events to the buildup of plastics.

The Santa Barbara Basin is no trash gyre: There were no obvious chunks or slurries on the surface, and even in the core, the majority of the plastics didn’t leap out to the naked eye. “Some of it is big enough that you can see it, but it’s confetti-sized,” Brandon says. “Most of it, you can only see under a high-magnification microscope. It’s not one of those places you see when you type ‘plastic pollution’ into Google Images.”

The team dried the core and sifted it through a mesh sieve before scouting it for the fibers, fragments, films, and little spheres that they could visually identify. This was a little tricky: When flimsy, soft plastics like bags and wrappers age, they turn yellow and brittle, Brandon says, and “kind of start to look like a piece of a molt or shell.” To sort the organic material out from the synthetic stuff, the researchers looked for telltale patterns that would point to an exoskeleton or shell. Then, for a definitive diagnosis, they analyzed the plastic pieces with a Fourier Transform Infrared spectrometer, which involves shooting a laser at the object to reveal the structure of chemical bonds inside it. “Specific plastics are always bound the same way,” says Brandon. By zeroing in on the distinctive microscopic structure of the plastics, she adds, this kind of analysis can “tell you what your eye can’t see.”

The trouble with studying plastics is that they’re everywhere—and new plastic debris can contaminate samples. A lot of lab equipment contains plastic; even lab coats contain synthetic materials. Sometimes, teams will wear the same colors every day, so any fibers that slough off their clothes are easier to identify. Brandon’s team briefly tried wearing all red—but “it gets really complicated, really fast,” she says. In this case, the researchers threw out any plastic data that appeared in the core sample prior to 1945, before consumer plastics really took off, and also subtracted the signatures of the plastic equipment that they knew came into contact with the core.

Adjusting for all of that, Brandon and her collaborators found that, since the 1940s, the amount of plastic in the sediment of the Santa Barbara Basin has roughly doubled every 15 years. Other research teams are still investigating exactly how plastic affects organisms throughout the food web; in the paper, Brandon and her collaborators advocate for “limiting the plastic waste stream that enters the ocean, since plastic sedimentation is directly mirroring the ever-increasing production trends.” For now, it’s clear that traces of our use-it-and-toss-it lifestyle are embedded far below the surface, in records that will outlive us.

How Prohibition Tossed a Wet Blanket on America’s Inventors

Trawling Through the Murky World of Microplastics

In waterways around the globe, the teeny tiny shreds are a big problem.
islands

No one is sure how this geological oddity got there.
shipwrecks

One in Indonesia has been carrying a rubber ring since at least 2016. Here’s how the litter might be affecting the animal’s life.
Video • Wonder From Home