The West Is Being Won by Tiny Bits of Plastic - Atlas Obscura
Want to see fewer ads? Become a Member. 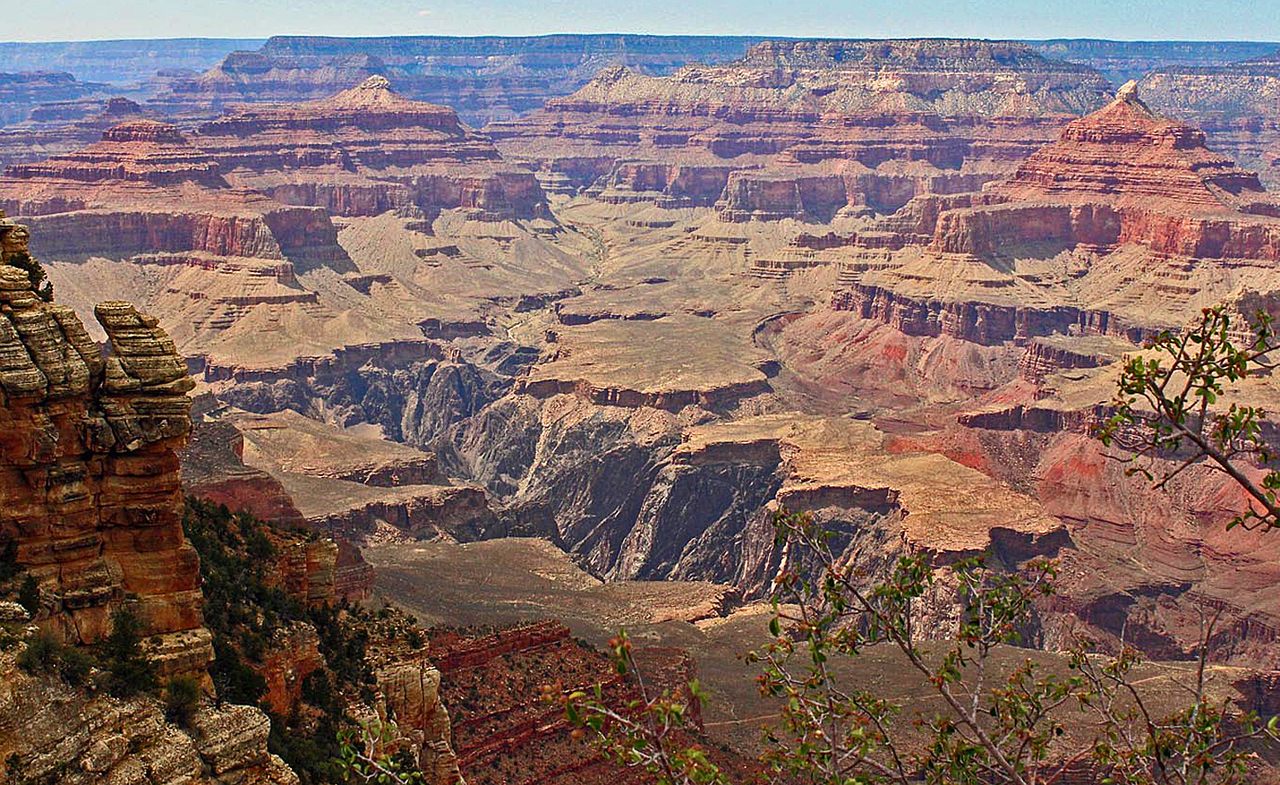 The Grand Canyon is vast and magnificently unsubtle: The 277-mile gash has long humbled visitors with its sheer rock walls and the river ribboning below. The landscape is also cloaked with something much, much smaller, but just as humbling. A team of researchers has found that the Grand Canyon—along with 10 other protected patches of the United States—is lousy with microplastics.

Plastics more famously menace the watery parts of the world. In the oceans, ghostly plastic bags ensnare corals and little chunks swirl in small eddies and much wider gyres, and pieces of all sizes wash up on beaches en masse. Microplastics, among the tiniest of bits, routinely tumble through sewers, and slough off of bobbing garbage or fishing nets. They’re even embedded in ocean-floor sediment. But they’re pretty much everywhere, even on land. Writing in Science, a team of researchers led by Janice Brahney, a biogeochemist at Utah State University, recently reported that microplastics can drift far and wide in the air and drop from the sky. The researchers found that more than 1,000 tons of microplastics—the equivalent of somewhere between 120 million and 300 million plastic bottles—fall across 11 protected areas in the American West each year, including such prized natural areas as the Craters of the Moon in Idaho, Joshua Tree in California, and Canyonlands in Utah.

Lightweight things have a habit of not staying put. Bacteria travel from ocean to desert in fog droplets, wind lofts millions of tons of Saharan dust and sand all the way across the Atlantic. Many microplastics are less dense than dust particles, meaning that they’re even easier to fling into the air. Given enough altitude, they can travel great distances, which seem to be influenced by broad-scale atmospheric patterns, such as the polar jet stream. Brahney and her collaborators argue that microplastics might make cross-continental treks—epic journeys that are “reminiscent of the global dust cycle, but distinctly human in origin.”

Brahney didn’t set out to study microplastics. She was intrigued first by dust, and how its composition varies across space and time. She placed samples under a microscope, expecting to see lots of different things—some minerals, mangled bits of insects. She found those, but also spotted a blue microbead and a bit of pink fiber. She panicked a little. “My initial reaction was, ‘Oh no, I contaminated my sample with my clothing,’” she says. “I kept trying to think of how that might have happened, and I kept looking, and I said, ‘Oh, they’re in every color, and all different kinds of fibers and particles—there’s no way this came from me.’” She looked at one sample, then another and another, and the bright evidence kept mounting. “It’s in every sample,” she says. “It’s everywhere.”

To estimate how much of this material falls over natural landscapes each year, the researchers collected samples during both wet and dry periods. They found that microplastics more often seem to drop during dry conditions, and particularly in the winter. Most of the microplastic snow was made up of fibers from clothing (and possibly outdoor gear). The team also found some microbeads that were too small to have come from cosmetic products, and may have originated as acrylic paint.

It’s hard to pinpoint precisely where these microplastics came from—Brahney points out that it’s not feasible to, say, tag a fiber the way an entomologist might tag an insect—but the team is working on models that might help them guess. Also, the full picture of precisely how microplastics affect people, animals, and ecosystems also continues to develop. In the meantime, Chelsea Rochman and Timothy Hoellein, microplastics researchers at the University of Toronto and Loyola University Chicago who were not involved in the study, contend that more researchers should follow Brahney’s team’s lead and “think big about small particles, so as to contribute to our understanding of the global microplastic cycle.”

Plastics are produced in incredible quantities each year—but even if manufacturing ground to an immediate halt, the microplastics fallout wouldn’t vanish. “What we’re looking at across the landscape isn’t what was produced this year,” Brahney says. “It’s from decades of mismanaged waste. It’s from all the waste that’s already out there.” It takes time for fibers to shed from clothes and degrade under ultraviolet radiation, or for a water bottle by the side of the road to turn brittle and start shedding airborne flecks. “We’re going to have this problem for some time to come just because of our historical behavior,” Brahney says, “never mind what we do from this day forward.”

One in Indonesia has been carrying a rubber ring since at least 2016. Here’s how the litter might be affecting the animal’s life.
science

Caddisfly larvae are adapting to polluted waterways, but their recycling strategy has its drawbacks.
beaches

The Cocos (Keeling) Island chain is beautiful, but littered with plastic debris.
insects

Humanity Has Managed to Change Places We've Barely Even Visited

From the Mariana Trench to the Moon, we don't have to be in a place very much to muck it up.
Video