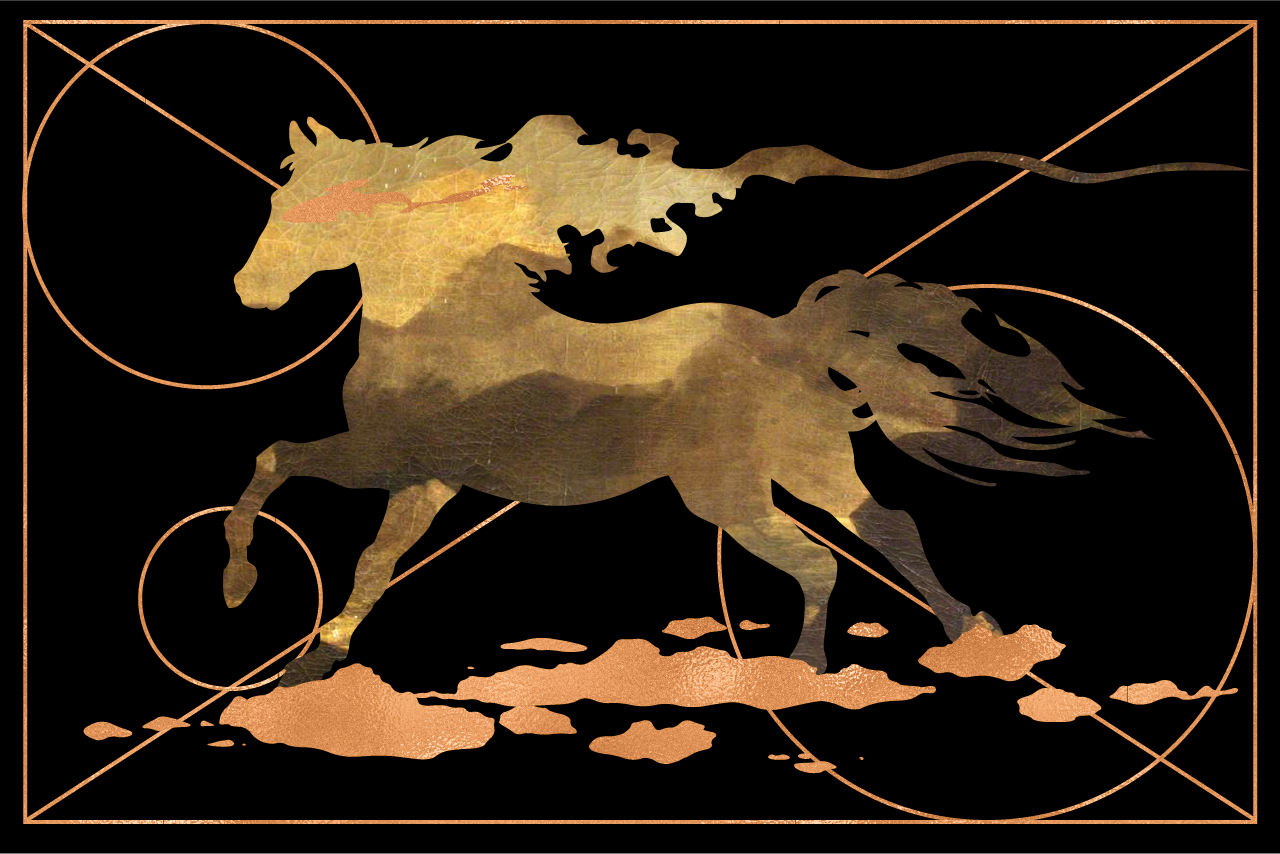 The púca is a shapeshifter that may take the form of a domestic animal. W. Staehle / Unusual Co.

You’re a banker, living in a cottage in Dublin. It’s autumn and the wind is brisk but pleasant, so you decide to take a nighttime stroll. You latch your gate behind you, and turn to find a stranger dressed in a fashionable suit. He begins to tell you your own family secrets: sins, adultery, sorrows, destitution. Then he tells you what’s going to happen to you: Your wife will leave, your money will run dry, your world will crumble. He laughs, turns around, and is gone.

Or perhaps you’re a ploughman, living in a farm shed outside Kilkenny. You’re blowing it out at the local pub to forget the pain from your blistered hands and sore back. When last call comes, you stumble out and realize you can’t find your way home in the darkness. A sleek black horse appears, and you don’t seem to mind or notice that its eyes are aflame and that it is speaking to you, offering a ride home. After an impossibly fast and terrifying ride, over fences and fields and gaping chasms, you wake up, face down in a field.

Or, you’re just nine years old, and it’s harvest time on your family’s farm near Tipperary. As you help your mother pick blackberries, a dark, shiny rabbit suddenly appears. “You’re new here,” he says. “But long ago, I lived in this house.” He says he knows you’ve been eating the berries, and that tomorrow the unpicked berries will be ruined—“fairy-blasted.” Then he tells you not to play in the woods by the creek. There’s danger there. Before you can tell him you believe him, he’s vanished.

All of these Irish tales relate the fortune (or misfortune) of encountering a púca. The púca (from the Irish* for “ghost”) is a shapeshifting trickster spirit of Celtic folklore that usually takes the form of a domestic animal, or a human with telltale animal features, such as large ears, fur, or a tail. According to Jonny Dillon, a folklorist at University College Dublin, sometimes a púca can be decidedly more monstrous, though still pastoral: “part-bullock, part-pig, and part-mule.” In any case, the beast’s MO is to “abduct wayfarers at night, taking them on a frightening cross-country ride, and leaving them back at their point of departure at dawn.” It is also often associated with Halloween, a significant holiday in Ireland that coincides with Samhain, the autumn festival marking the end of the harvest season. The púca is said to destroy any crops not picked before November 1.

Púcaí can bless humans with good luck or protection, but can also steal from, terrify, or bewitch us. It’s thought best to avoid them or to ward them off with charms, spurs, and cold iron.

As then-80-year-old farmer Willy Rourke of County Roscommon told Jim Delaney, a full-time collector with the Irish Folklore Commission in 1968, the púca often appears to lone travelers on rural roads and paths after dark, especially in fall and winter. He sometimes appears as “an auld man—coming up the road with a big stick under his arm and a big whisker on him…. After November night … no-one (sic) would be caught out. Any child would be caught out after that—the púca would bring him off, stick his two horns into him and carry him off!”

This isn’t to say this terrifying creature didn’t have a sense of humor. In horse form, púcaí are most famous for flinging drunk pedestrians onto their backs and galloping off at breakneck speed. According to then-82-year-old farmer Patrick Johnson of County Westmeah, in a 1964 interview with Delaney, “The púca would come behind you, and he’d run his head right in under your two legs, and he’d hoist you back on him, and away he’d start. And he’d tear you through bushes, and he’d tear you through ditches, and you’d get all torn, and he’d fling you off when he’d think you had enough of it.”

Johnson added that on at least one occasion, he’d heard of a man subduing and escaping the spirit with a magic word—“Spudeenageeroe!”—and “a prod of [his] left hand, with [his] thumb, on the side.” The tactic allowed the man to dismount relatively unharmed, even though, like many púca riders, “this fella … had a good sup of drink in.”

There is only one legendary example of a person mounting and riding púca by choice: Brian Boru, the High King of Ireland, about a thousand years ago. He is said to have performed this astonishing feat by making a bridle that incorporated several strands of the beast’s hair.

The púca’s mischievous tendencies, as well as its connection with Halloween, are perhaps best explained by another story. Johnson recalled that anyone who wanted to pick blackthorn berries (“sloes”) should do so before Halloween, or else: “If they didn’t pull them before that night … [the púca would] shite on all the sloes and they [couldn’t] be used.”

As a result of this legend, there are a few agricultural traditions surrounding the púca at that time of year. In some counties, farmers leave a bit of their harvested crops out for the púca so he’ll be well-fed and in a good mood on November 1, which is considered the púca’s day—the one day of the year when the beast will be benevolent. He may dispense advice, perform acts of charity, or dole out prophecies. (On other days, a way to tell if the púca is in a good mood is to put a comfortable bench on the right side of your front door and an uncomfortable bench on the left: A happy púca will only sit on the right.)

One example of benevolent púca behavior comes from another old legend: On a cold night, a farmer’s son felt the púca’s presence and offered him a coat. To return the favor, it made a habit of milling the family’s corn into flour during the night, and they were blessed with financial prosperity and fertile soil. When the púca finally left that humble Irish farm for good, it left the family with a gold cup filled with a strange, happiness-inducing drink.

Whether their evening ended with a ride on the púca’s back, however, no one can remember.

* Correction: This story originally referred to Gaelic as the source language for púca. Irish Gaelic is more commonly called “Irish.”