For as Much as We Know About the World, There Are Still Dark Spots on the Map - Atlas Obscura
Want to see fewer ads? Become a Member. 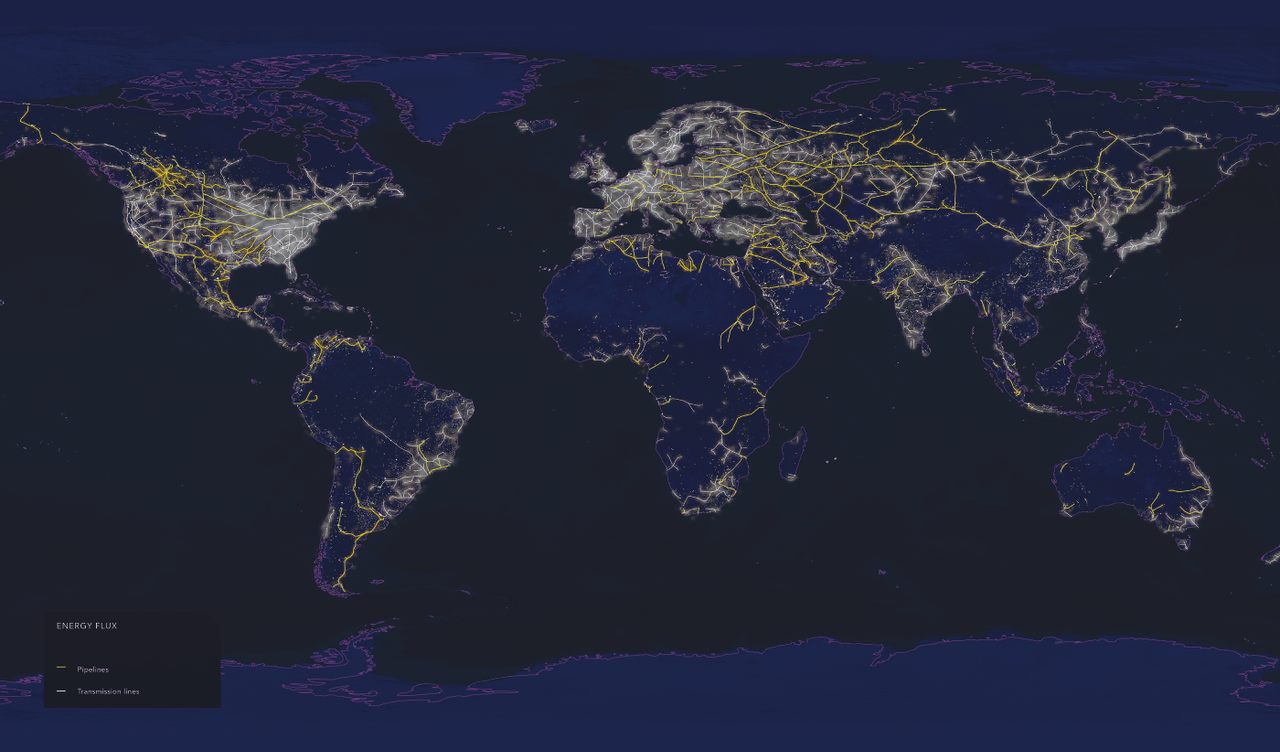 In 2017, in an era of satellites, big data, and digital maps that appear instantly on your phone, the world can feel very known. New Views, a new atlas by Alastair Bonnett, a professor of social geography at Newcastle University, is full of information about this planet: its forests and undersea cables; its air traffic, ants, migrants, and happiness; its gas prices, guns, and asteroid strikes. This collection of 50 unique world maps—“beautiful, enthralling and thrilling,” Bonnett writes—aims to make us look again at the world we think we know and consider it anew.

In this impressive collection of knowledge, however, there are dark spots. Three of the book’s views of the world reveal the less connected and known parts of the world—the uncharted parts of the ocean, the places where gas and electricity are less easily available, and the regions that are cut off from cities. Even in this crowded, quantified world, there are still places that are hard to see.

For instance, in the “Remoteness from Cities” map, the dark spots show the few places in the world where it can still take days to reach the nearest city (any one of 8,158 cities that have 50,000 or more people). Most of the dark spots are places where very few, if any, people live—deserts, ice-covered land, and deep forests. In some places, though, most notably the Himalayas and Tibetan plateau and parts of Indonesia, there are significant populations that live apart from the urban world.

The map showing “Energy Flux,” seen at the top of this page, represents gas and oil pipelines with yellow lines and electricity transmission with white lines. As Bonnett reports, the world has spent approximately $100 trillion in the past century to create energy infrastructure and, by looking at this map, it’s possible to see “where the money has gone.”

The pipelines create veins that flow through six continents, bringing oil and gas thousands of miles from their sources. White electricity lines are like floodlights in Europe and the United States. Some of the dark regions on this map represent, again, places where relatively few people live, but other dark spots are very populated places that don’t have the same access to electrical power. This map also shows the limits of electricity transmission: While gas can travel over whole continents, electricity can only go so far before it’s lost.

The ocean presents yet another story. This map, “Unknown Oceans,” represents the work of one of the largest efforts ever to collect information about the water-covered parts of our world, the Census of Marine Life, which had thousands of scientists on hundreds of expeditions searching the ocean for creatures known and unknown. There are about 250,000 marine creatures known to science; it is estimated that at least another 750,000 are out there, waiting to be described.

But look at that map. All of those dark splotches are places outside our known world. If there are places on land that have less access to electricity or are far from cities, huge parts of the ocean are a massive, mysterious frontier. As much as we know, there’s still a lot more to find out.

A solar-powered pyramid, a house with legs, and titanium fortress.
dataelectricitymap mondaycitiesmapsoceansinfrastructurefeatures

For 15 Years, New Orleans Was Divided Into Three Separate Cities

To gain control of the Francophone city, Americans split it into pieces.
maps