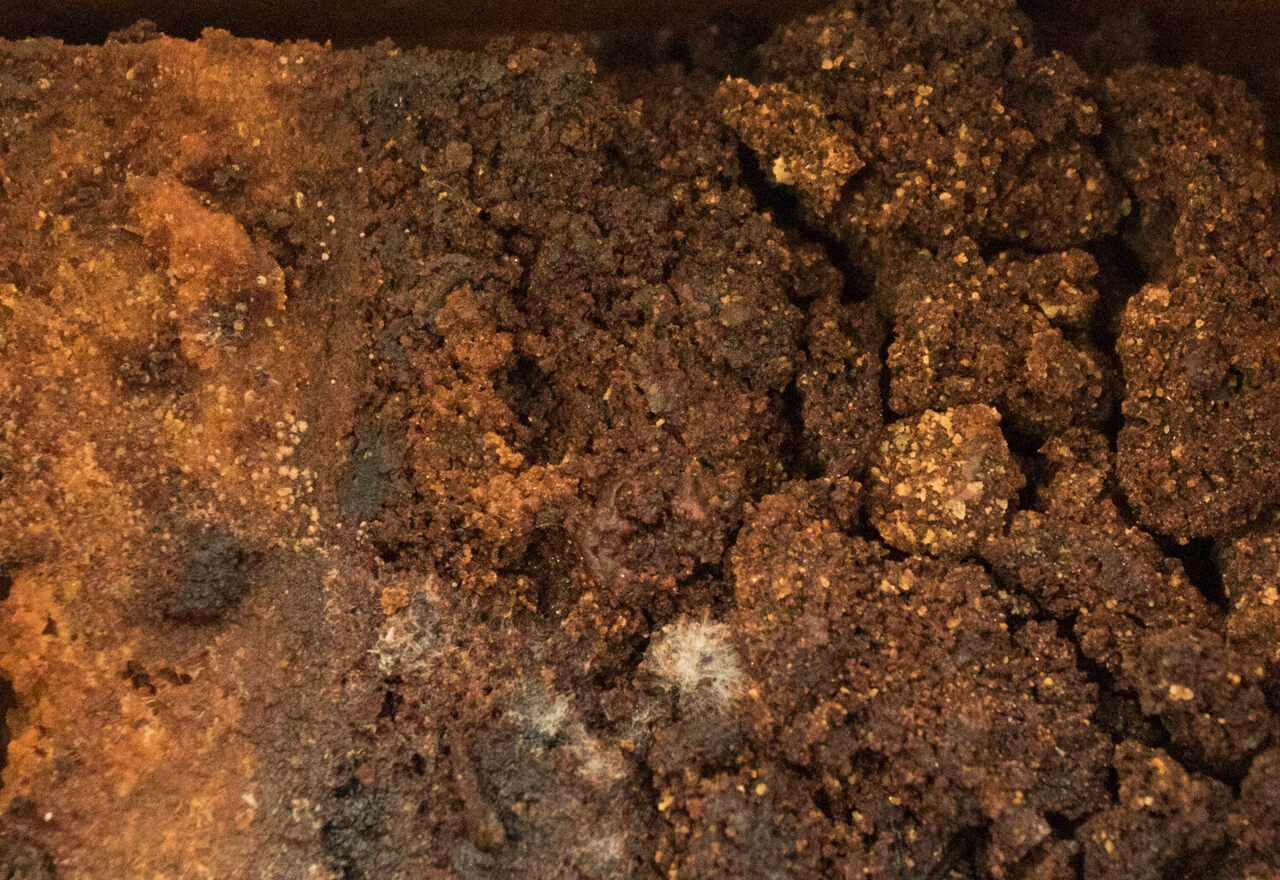 On February 10, 1840, Queen Victoria married Prince Albert of Saxe-Coburg and Gotha. The sumptuous wedding breakfast included a 300-pound fruitcake. Her wedding was widely influential, and is said to have inspired traditions ranging from the exchange of engagement rings to brides wearing white. The couple also served fruitcake, which, although typical at the time, now seems reserved only for Christmas. Nevertheless, future British royals followed in Victoria’s footsteps and served fruitcake on their big day.

Today, the choice has a lingering effect: Thanks to fruitcake’s longevity—along with a longstanding tradition of guests and dignitaries receiving slices of royal wedding cake in elegant boxes as souvenirs—pieces of Victoria’s cake still exist. And hers are not the only slices of centuries-old cake floating around today as collectibles.

The main cake at the wedding breakfast of Queen Victoria was three meters tall and decorated with a massive sugar figure symbolizing the nation of Britain blessing the couple. Fruitcake for big occasions had long been a British custom, as their rich fruits, sugar, and liquor were costly. Victoria and Albert’s cake fit the bill: According to a report at the time, it was made of “the most exquisite compounds of all the rich things with which the most expensive cakes can be composed, mingled and mixed together into delightful harmony.”

The association between fruitcakes and weddings even gave rise to a number of customs. When tiered wedding cakes became the fashion, along with less-heavy cake recipes, the top tier remained fruitcake. New couples still occasionally set it aside to eat on their first anniversary or the baptism of their first child. (Fruitcake’s dense texture and traditional soaking in alcohol means it lasts longer than your typical cake.)

Boxed royal wedding-cake souvenirs emerged from the tradition of sending slices of un-iced “groom’s cake” home with guests in the 17th century, writes Carol Wilson in her article Wedding Cake: A Slice of History. One piece of Queen Victoria’s cake, preserved in a silver box, came with a hand-written note: “To Dream upon.” Unmarried people sometimes slept with pieces of wedding cake under their pillows, in hopes of dreaming about their future spouse. The wedding cake of a queen would likely be especially potent.

More than a century later, then-Princess Elizabeth’s wedding cake was even more spectacular than her great-great-grandmother’s. At nine feet tall, it weighed 500 pounds. Many of those pounds were made up of ingredients sent in from all corners of the British empire, earning it the title of “the 10,000 Mile Cake.” The Australian Girl Guides made a particularly large contribution to the wedding, and the Queen sent a tier back to them in thanks.

Through the 20th century, boxed cake souvenirs persisted. In fact, they’ve become collectors’ items, going for thousand of dollars at auction. A slice of wedding cake from the wedding of Wallis Simpson and the Duke of Windsor sold for $29,900 in 1998. Last June, Julien’s Auctions in Los Angeles sold five slices of royal wedding cake that spanned nearly 40 years of ceremonies. From the wedding cake of Princess Anne and Captain Mark Phillips in 1973, to that of Prince William and Catherine Middleton in 2011, the slices of fruitcake came enclosed in neat tins or boxes. If it seems strange that so many slices of royal wedding cake still circulate, wonder no more: Ancillary cakes were often baked for the occasion, and some were even donated by bakers hoping for royal acknowledgement.

The tradition of boxed fruitcake souvenirs, however, has been bucked: Prince Harry and Meghan Markle’s cake wasn’t fruitcake, and it’s unlikely that their lemon-and-elderflower cake would last for decades anyway. But needless to say, no amount of sugar, alcohol, or preservatives will make decades-old cake taste good. The royal wedding cakes that have survived are long past their shelf life.

Why the Queen Owns All the Swans in England

Only wealthy landowners were allowed to feast on these royal fowl.
food

Nian gao is a sticky cake for sticky situations.
food

It was likely the country's first cake made with cacao.
Video • Wonder From Home

This historic pub is a hidden gem for fans of Lewis Carroll.
Want to see fewer ads? Become a Member.
Related

It took an international team (and Buckingham Palace).
Read more
Thanks for sharing!