A Soviet Space Suit for the Unreachable Moon - Atlas Obscura
Want to see fewer ads? Become a Member.
In This Story
Place

Museum celebrating the achievements of the Soviet space program. 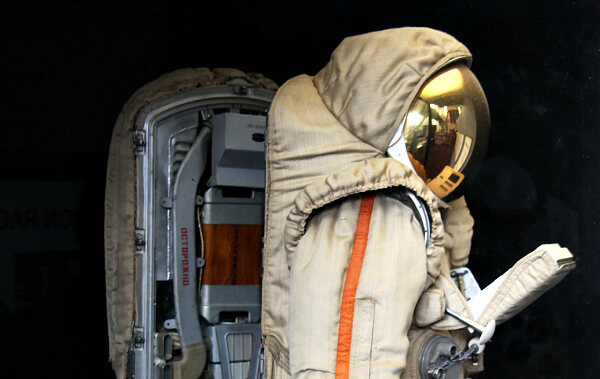 The Smithsonian Air & Space Museum is packed with monuments to space travel achievement, like John Glenn’s pressure suit worn on his first orbital flight and the Apollo 11 command module. Yet there are also those small artifacts of failure, such as the Soviet Moon Suit, which never made it to the moon. 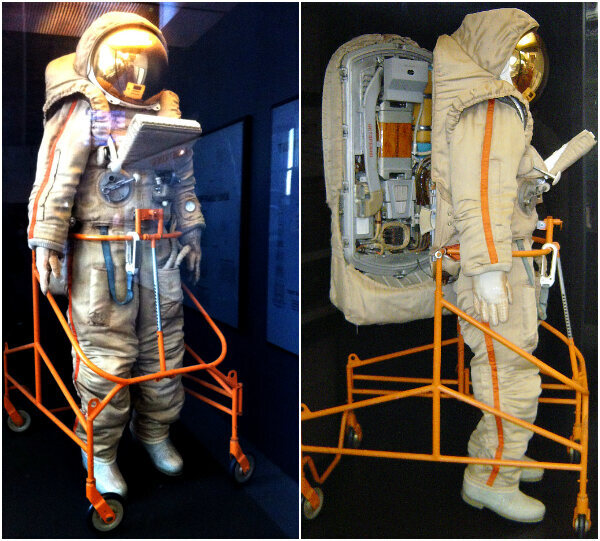 Photo on left by the author, on right via Wikimedia

Officially called the Krechet (“Golden Falcon”), the space suit was designed for operation on the moon and weighed over 200 pounds. The cosmonaut entered the suit through a door that opened on the back (which also acted as a backpack for the life support unit), and to get out there was a lever the wearer could pull near the suit’s right elbow. A control panel that looks a bit like an old Macbook folded out from the front. There was a metal “hula hoop” on the suit that allowed a hapless space traveler who fell on his back to roll over and stand up again. A gold visor reflected the sun, and added some bonus flair to the drab beige fabric lined with the signature CCCP orange. 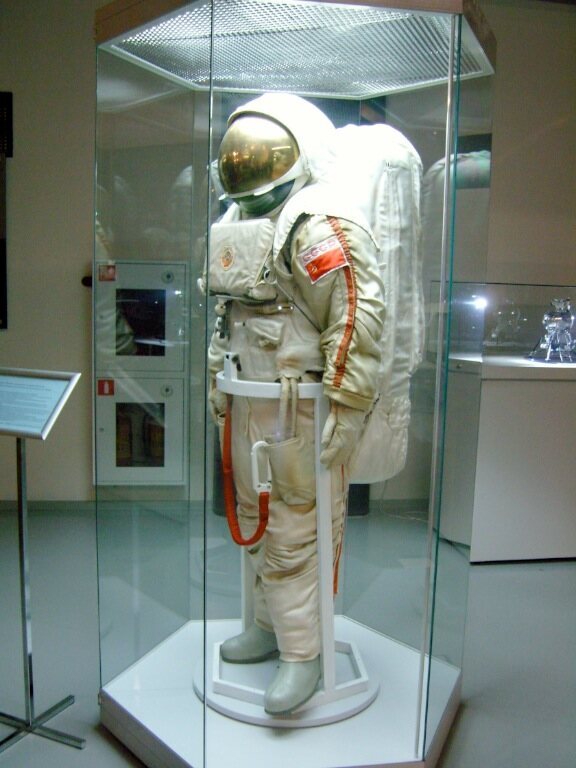 Since the Soviets never got a powerful enough rocket that would allow them to get to the moon, the bulky suit was never used, just like their lunar orbiter and lunar lander designed for a single cosmonaut to reach the moon’s surface. (“All dressed up but no way to go,” as the Smithsonian succinctly states.) The bulky suit is supported by an orange walker in the Smithsonian exhibition, and another Krechet moon suit is on display at the Memorial Museum of Cosmonautics in Moscow. Both are a glimpse of a Soviet space future that never was.

The blastoff this week on a SpaceX rocket—the first ever private launch—could be a big step toward commercial space travel.
abandoned

Places left behind by Americans and Soviets in the race to the stars.
space exploration

100 Wonders: The Secret City of the Cosmonauts