After 9 Years Abroad, Astronaut Launches Are Back in the U.S.A. - Atlas Obscura
Want to see fewer ads? Become a Member. 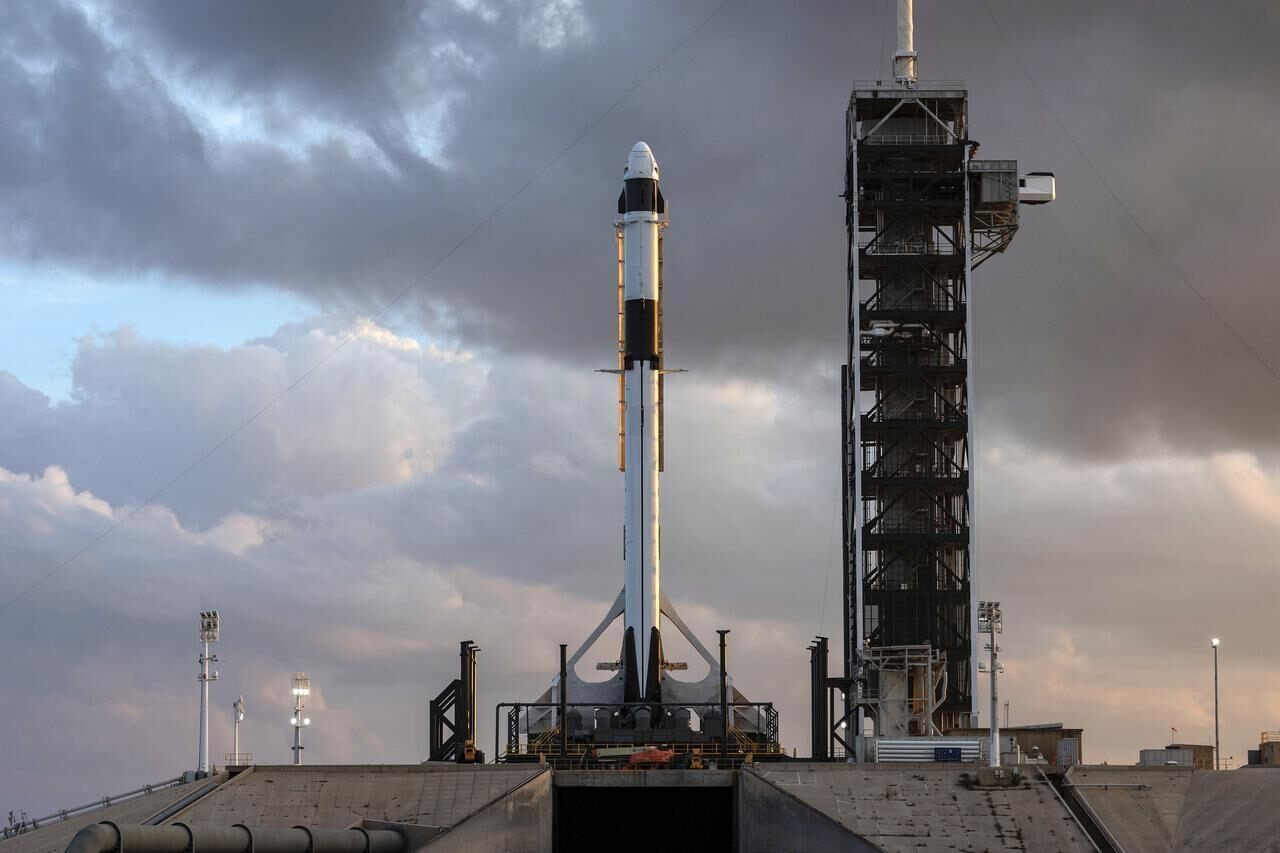 NASA's storied Launchpad 39A, at the Kennedy Space Center in Florida, will send up a Crew Dragon capsule atop a Falcon 9 rocket. NASA
In This Story
Place

For those of us of a certain era, Cape Canaveral evokes thundering, historic liftoffs of rockets into space. The Apollo 11 mission that landed the first men on the moon, in 1969. The dawn of the space-shuttle age with the launch of Columbia, in 1981. And the subsequent end of that era, in 2011, when NASA retired the shuttle program and started sending astronauts to the Baikonur Cosmodrome, in the former Soviet Union, for rides aboard Soyuz spacecraft.

If all goes as planned, NASA’s send-off for its next two astronauts, now scheduled for May 30 (the May 27 launch was scrubbed due to weather*) from the Kennedy Space Center in Florida, will mark the return of manned launches to U.S. soil. It may also herald a new era of commercial space transportation, offering trips for private citizens in addition to servicing government missions.

“There’s a certain amount of American pride that goes along with this,” says Roger Launius, formerly a chief historian for NASA and curator at the Smithsonian’s National Air and Space Museum, noting that for many years the U.S. and Russia were the only two nations capable of launching humans into space (China joined this elite company in 2003).

The coming mission is a crucial test of NASA’s shift to commercially designed spacecraft: The rocket and capsule that currently sit on the launchpad are products of SpaceX—Elon Musk’s private enterprise, which, along with Boeing, was contracted to develop ways to transport astronauts for NASA’s Commercial Crew program. A successful run would be the final step before NASA can approve SpaceX’s equipment for shuttling crews into space.

For nearly a decade now America’s space agency has had to rely on Russia to send astronauts to the International Space Station (ISS), using the very facility that was once the heart of the Soviets’ top-secret space program. The Baikonur Cosmodrome, in fact, was so named to disguise its actual location on a desert steppe some 200 miles away from its namesake, a mining town in present-day Kazakhstan. This was the place where Sputnik 1, Earth’s first artificial satellite, inaugurated the space age when it launched in October 1957. It also won the Soviets another key first: the first human in space, Yuri Gagarin, who lifted off from Baikonur in April 1961.

But since the Cold War thawed, in the early 1990s, the U.S. and Russian space programs have cooperated to the benefit of both, notes Launius. The collaboration has hit occasional bumps, but endured for nearly three decades with no major policy shifts—a significant achievement considering the fierce rivalry that defined the birth of the space age, and the political flare-ups since.

Most notably, the U.S. and Russia have worked together to build and send crews and supplies to the ISS (other partners include the European Space Agency, Canada, and Japan). And they remain, along with China, the only countries currently able to rocket humans into space.

In his memoir, Endurance, about his unprecedented year living in space (2015–16), Scott Kelly poignantly describes the sense of international cooperation aboard the ISS and his experience in Baikonur, with its storied history. “For an American who grew up and trained as a Navy pilot during the tail end of the Cold War,” he writes, “it will always feel a bit strange that I’m invited into the epicenter of the former Soviet space program to be taught its secrets.”

In the book he remembers the area as a harsh and desolate place, where “packs of wild dogs and camels scrounge in the shadows of aerospace equipment.” And of the multinational crews that leave Earth together from Baikonur, Kelly notes, “We are former enemies remade as crewmates, on our way to the space station we built together.”

Today, the retired astronaut says he expects that international flavor to continue as crew launches resume in the U.S. “It’s incredibly important,” Kelly said in a phone interview, recalling his work with colleagues from multiple nations throughout his career in space. “I miss the people and the job—the sense of fulfillment you get from doing something that is challenging, risky, and important.”

Bill Barry, NASA’s current chief historian, affirms that once SpaceX’s system for manned flight is certified, multinational crews will again be able to launch from either the U.S. or Russia, as they did before the shuttle program ended. “It’s important to have more than one way to get people up,” he says.

The SpaceX launch returns the spotlight to the historic launchpad known officially as Launch Complex 39A, scene of the unforgettable Saturn V blastoff that landed Neil Armstrong and Buzz Aldrin on the moon. Like Baikonur, it’s been the fiery starting point for legendary and routine missions alike, from Apollo 11 to the final space shuttle flight, in July 2011.

Fittingly, the pilot that day on the shuttle Atlantis was Doug Hurley, who returned to the Kennedy Space Center last week for final preparations of the NASA/SpaceX mission. This time he and astronaut Bob Behnken will lift off on a SpaceX Falcon 9 rocket and Crew Dragon capsule. It’s the first time NASA will be using non-government spacecraft to send humans into space—a further step toward transforming Kennedy into a future spaceport for both government and commercial use.

Nearby, at Launch Complex 39B, NASA is making other preparations for the 21st century. The sister launchpad will be used for Artemis missions—an ambitious program to enable long-term human exploration on the moon and Mars. The goal includes launching the first woman to the moon—which, if achieved, would make this corner of the Earth fitter still for a new era of dreams.

*Update 5//27: This story has been updated with a new launch date and information regarding the delayed launch.

Places left behind by Americans and Soviets in the race to the stars.
science

It's for science, promise.
objects of intrigue

4:43
Want to see fewer ads? Become a Member.
From Around the Web
Travel With Atlas Obscura
Are you a curious traveler?
Join local experts in 50+ destinations for a once-in-a-lifetime journey.
View Our Trips
Thanks for sharing!