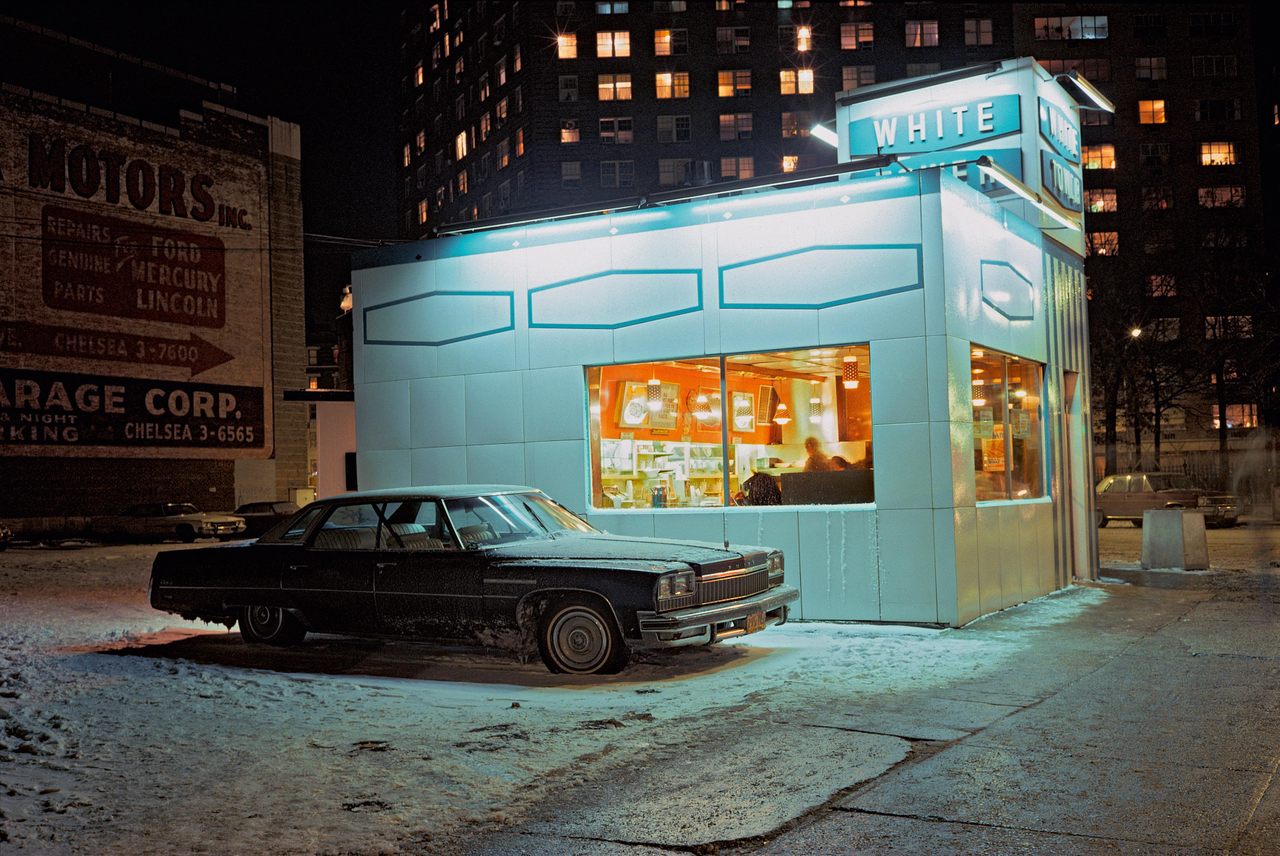 On a snowy night in 1976, a Buick LeSabre was parked outside a White Tower hamburger restaurant in New York’s Meatpacking District. For photographer Langdon Clay, armed with a Leica and some Kodachrome film, it was an arresting moment. In Clay’s photograph of the scene, the empty car looks almost forlorn under the neon strip lighting. Around it, the street is empty. The only signs of life are the blurred figures inside the diner, presumably the car’s owners ordering food.

This photograph is just one of many Clay shot between 1974 and 1976. In those years he documented parked cars, in Manhattan and Hoboken, in streets devoid of people and always at night. The title of each image includes the names of the cars, which are themselves evocative: Chevrolet Bel Air, Plymouth Duster, Gran Torino Sport.

So, too, are the backdrops. One photograph shows a Buick Skylark on a shadowy street in Soho in 1976, in front of a small sandwich shop with the sign “Pat’s Hot and Cold Heroes.” Another has a Ford Galaxie 500 parked in front of the Carz-A-Poppin car wash on Houston and Broadway.

Four decades later these lonely cars, and most of the businesses around them, are long gone. But they can be revisited in Clay’s book, Cars – New York City 1974 – 1976, published by Steidl.

Watch the Process of Precipitation in Hypnotic Slow Motion

This is How New York City Celebrated Halloween in 1993

A fade to black for America’s outdoor silver screens.
islands