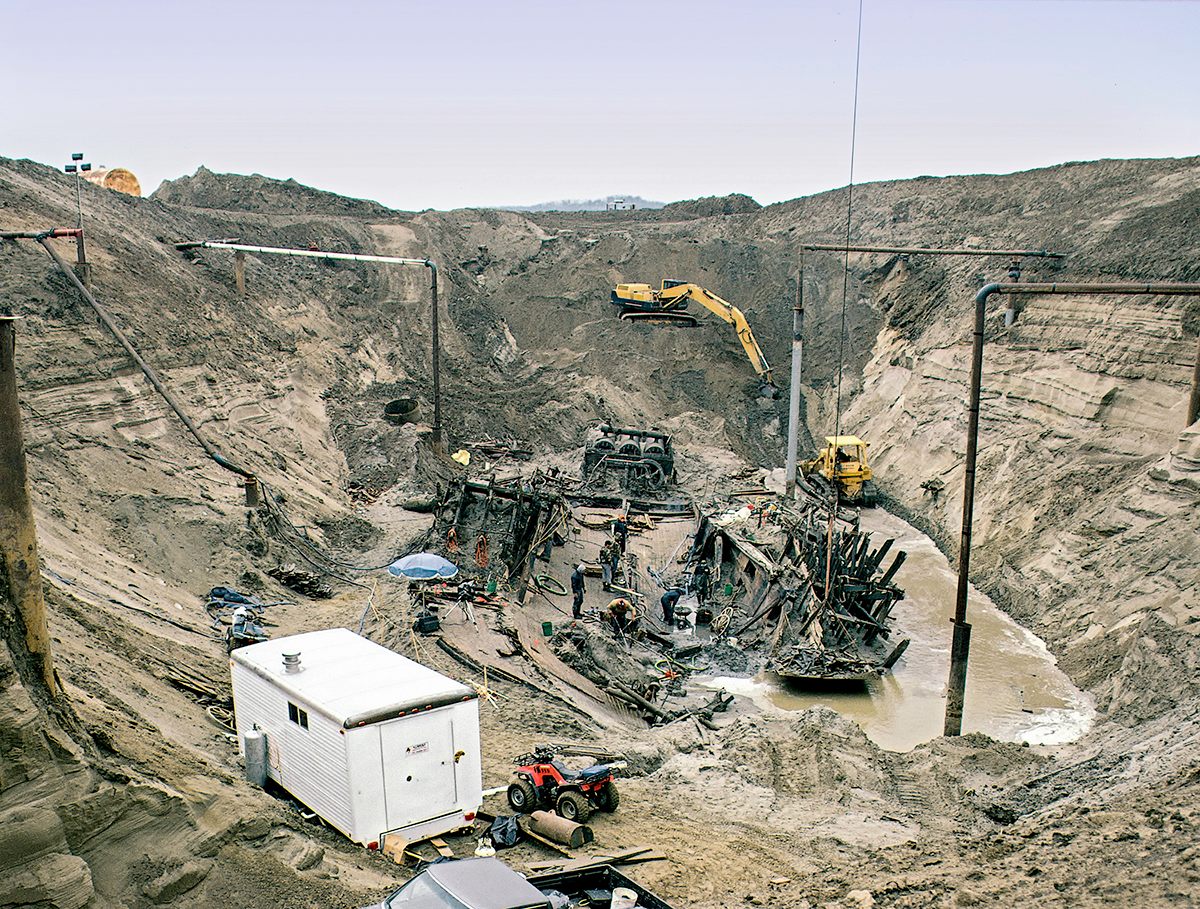 Uncovering the local legend of the steamboat Arabia lying buried beneath a farmer’s field in Kansas. One of Atlas Obscura's most popular stories. Courtesy of the Arabia Steamboat Museum

Don’t worry; none of Atlas Obscura’s most popular stories of 2016 had to do with the U.S. presidential election. Of course, we did write about the never-ending race, but more often than not our readers elected to visit our website for escapism and counter-programming.

You gravitated towards secret histories and linguistic mysteries, stories delving into hidden aspects of cities, the scientific world, the historical record, and the odder corners of the internet. These articles spanned the globe, from Chernobyl to Canada, the Marshall Islands to Mexico. Yet the majority of our top stories illuminated discoveries and events in the United States, where a large share of our readers live. Our most-read article of the year was set in the New York Public Library, just across the East River from the Atlas Obscura office in Brooklyn.

Here are the 25 most popular stories that we published this year.

2. The Famous Photo of Chernobyl’s Most Dangerous Radioactive Material Was a Selfie

This eerie photo shows the largest agglomeration of one of the most toxic substances ever created: corium.

3. Fascinating Photos from the Secret Trash Collection in a New York Sanitation Garage

Garbage can be beautiful, if sorted correctly.

Atlas Obscura staff combed our 10,000-strong places database and came up with 44 suggestions for your expedition-planning pleasure.

5. The Married Woman Who Kept Her Lover in the Attic

Dolly Oesterreich, her “Bat Man,” and one of the strangest sex scandals ever.

6. Do Not Eat, Touch, Or Even Inhale the Air Around the Manchineel Tree

7. The Unsettling Mystery of the Creepiest Channel on YouTube

An anonymous user uploaded 72,000 very brief and often silent videos to this channel.

9. Here Are the Real Boundaries of American Metropolises, Decided by an Algorithm

How is the U.S. actually split geographically?

The acoustics of the German transit hub perfectly suit the centuries-old song.

11. The Westboro Baptist Church Is Getting Owned in Pokémon Go

“We recruited Jigglypuff to deal with the sodomite Clefairy” is probably not a sentence you thought you’d read today.

According to experts, it’s unlike any word, in any language.

13. How a Champagne-Laden Steamship Ended Up in a Kansas Cornfield

The steamboat Arabia carried 200 tons of treasure when it sank in 1856.

14. 70 Years Ago, the U.S. Military Set Off a Nuke Underwater, And It Went Very Badly

Then they tried it four more times.

15. Ranking the Pain of Stinging Insects, From ‘Caustic’ to ‘Blinding’

by Lauren Young and Michelle Enemark

16. The Macaroni in ‘Yankee Doodle’ is Not What You Think

17. The Rebel Virgins and Desert Mothers Who Have Been Written Out of Christianity’s Early History

Christianity took shape with the support of female leaders and mystics and activists. But what we have left of them now are only the remembrances of a handful of men.

18. What’s Going On with the Way Canadians Say ‘About’?

It’s not pronounced how you think it is.

Cincinnati is home to the largest unused subway system in the world.

21. The Illegal Birth Control Handbook That Spread Across College Campuses in 1968

A group of Canadian teenagers wrote the first popular text on contraception.

22. Why Smart Clowns Immortalize Their Make-up Designs on Ceramic Eggs

24. London Is Still Paying Rent to the Queen on a Property Leased in 1211

In a small annual ceremony the city hands over an axe, a knife, 6 horseshoes, and 61 nails.

25. The World’s Longest-Running Experiment is Buried in a Secret Spot in Michigan

The unusual agricultural study has lasted 137 years and counting.

10 Bars at the End of the World

Raise a glass to some of the most remote and unlikely watering holes in the far reaches of the world.
list

8 Roadside Attractions Vying to Be the World's Biggest

9 Places Where You Can See Spying and Surveillance in Action

2:07
Want to see fewer ads? Become a Member.
From Around the Web
Thanks for sharing!