What Happens When a Giant Nuclear Missile Accidentally Falls Back Into Its Silo - Atlas Obscura
Want to see fewer ads? Become a Member. 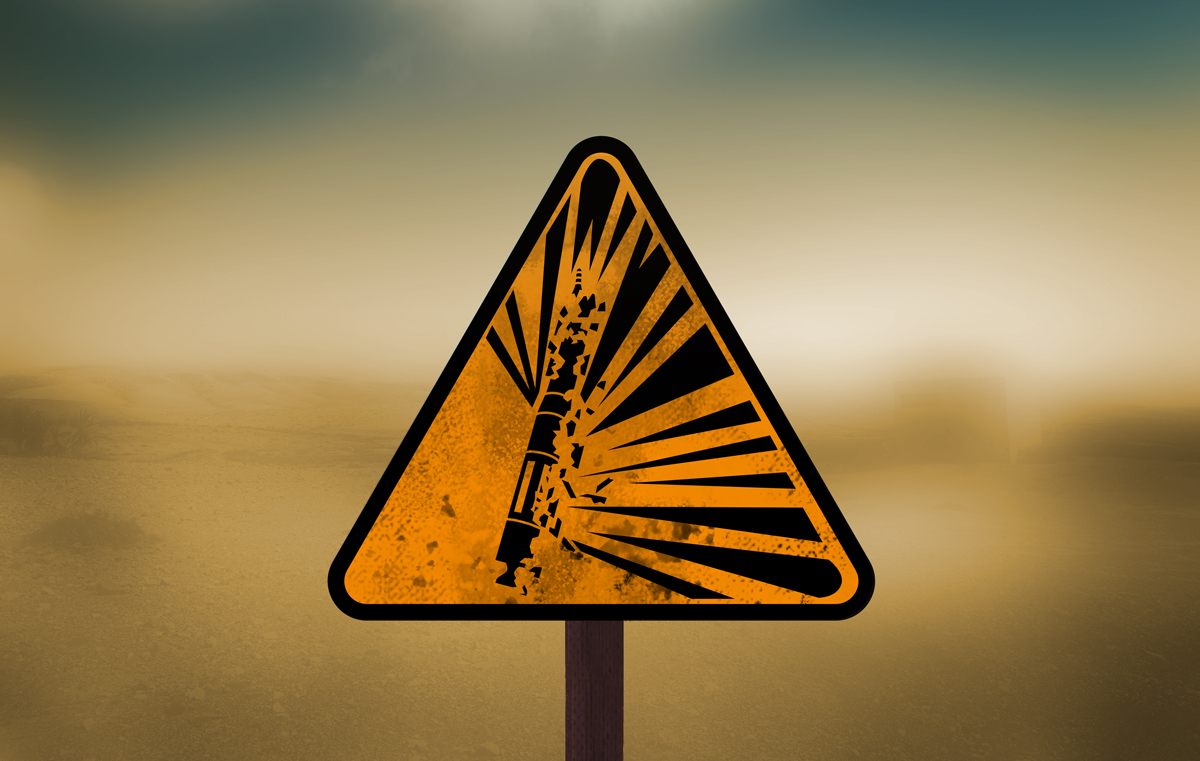 In April 2018, Atlas Obscura told the stories of five nuclear accidents that burst into public view. Check out the other articles in the series: The “demon core” that killed two scientists, missing nuclear warheads, the bombs that fell on North Carolina, and the underground test that didn’t stay that way.

After the accident, the area around the missile silo was littered with debris—boulders of concrete, giant springs, pieces of navigation systems. The silo’s cover, made of hundreds of tons of concrete, was half destroyed. The remaining half, the author David K. Stumpf writes in Titan II: A History of the Cold War Missile Program, had launched into the air and spun 180 degrees before landing back on the ground.

One moment, the team at the new operational test facility had been on the verge of celebrating, finally, a successful trial run of the launch sequence for the powerful Titan I missile. The next, they were bracing against an explosion that destroyed the facility beyond repair.

At the end of the 1950s, the United States military began developing the Titans as part of its growing supply of intercontinental ballistic missiles. These were giant rockets, designed to fly long distances while carrying nuclear weapons. By 1960, teams at Cape Canaveral had run several successful tests of the new missiles, and a new facility, located at the Vandenberg Air Force Base in California, was ready to start testing out the missile under operational conditions.

By the evening of December 3, 1960, eight tests had already failed because of “minor equipment malfunctions,” Stumpf writes. The team started running the procedure for readying the missile for liftoff. The aim was to bring the weapon right up to the point where it could be launched, without actually sending it off: They needed to know the missile would be ready to use in attack, if needed.

Inside the super-hardened silo, meant to be protected from nuclear attacks, the team loaded the rocket with oxidizer, a key ingredient for blast-off, and sent it up to the surface. The countdown to launch started and then—right before the signal to ignite the rocket would have been given—it was stopped. The team had met its goal. All that was left to do was return the missile back to its silo and remove the dangerous oxidizer.

But something—later determined to be an elevator malfunction—went wrong. Robert Rhodus, the test conductor for the company that had built the missile, “watched in fascination as the elevator, carrying a missile fully loaded with propellants, plummeted to the bottom of the silo,” Stumpf writes. The tanks that held the rocket’s fuel and oxidizers broke open, mixed, and exploded. The elevator structure and the launcher—tons and tons of steel that one witness later likened to “red spaghetti“—came flying from the silo as the test team ran for cover.

Despite the size of the explosion, no one was hurt in the accident: The second-set of recently reinforced blast doors held. But the newly constructed test facility was so badly damaged it wasn’t worth salvaging. Today, there’s still a giant hole in the ground, now overgrown and given over to wild animals.

The military continued to use Titan rockets as part of its intercontinental ballistic missile program through the 1980s, and this was not the only dramatic incident involving them. In 1965, dozens of people died after a fire started in a Titan II silo in Arkansas. Perhaps most famously, as the investigative journalist Eric Schlosser recounts in his book Command and Control, in 1980, a Titan II missile exploded in its silo in Damascus, Arkansas, while carrying a nuclear warhead. While the warhead inside the rocket remained in one piece, preventing a nuclear disaster, the crew working on the site did not escape without harm: One man died and more than 20 others were injured.

Tell Us About the Most Amazing Parts of Tulsa, Oklahoma!

A WWII Bomb Has Been Found at the Fukushima Nuclear Site

As if they didn't have enough to worry about.
nuclear

Decades Ago, the U.S. Military Set Off a Nuke Underwater, And It Went Very Badly

So they tried it four more times.
Want to see fewer ads? Become a Member.
From Around the Web
THE GASTRO OBSCURA BOOK
Taste the World!
An eye-opening journey through the history, culture, and places of the culinary world. Order Now