Why Modern Cartographers Are So Impressed With This 16th-Century Map - Atlas Obscura
Want to see fewer ads? Become a Member. 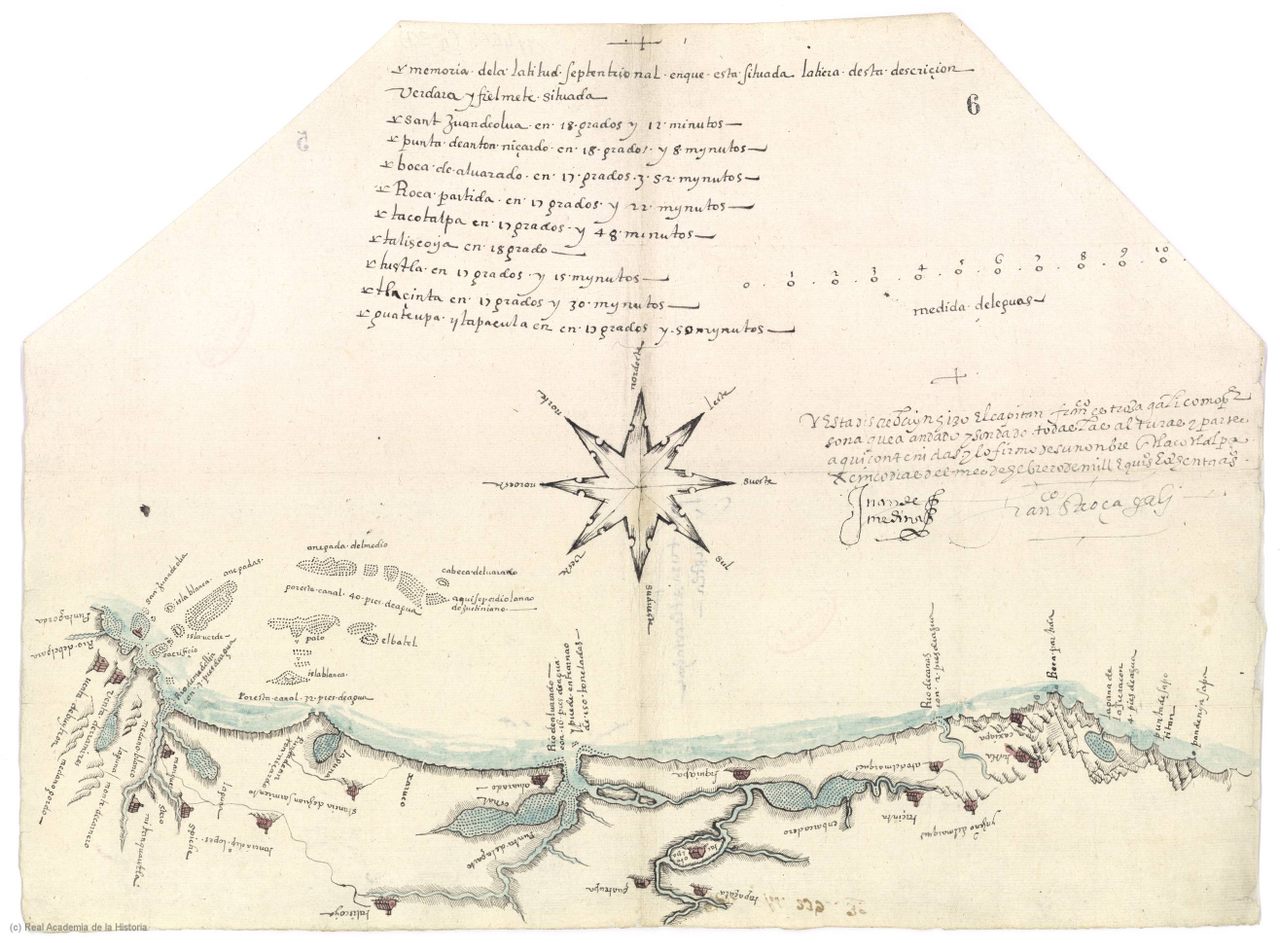 Gali's map of Tlacotalpa. All images courtesy University of Seville

In February 1580, Francisco Gali was headed across Mexico to the Pacific Ocean. A mariner and cartographer who’d crossed the Pacific more than once, he had been living in “New Spain,” as Europeans called that part of the world, and was likely on another official mission that would take him to Asia. To sail out, first he had to make his way down the country’s Atlantic coast to manage a narrower crossing to the Pacific. On his journey, he passed through the coastal towns of the east, where the mayors had a special request of him. Make us a map, they asked.

The Spanish crown had instructed every locality in its colonial lands to send home maps of their regions. This was a new endeavor in 16th-century mapmaking: Most maps of the “New World” focused on the coastline, and these local maps were the first detailed efforts to chart the interior. The ones Gali made were some of the best—among the very few equal to “the canons of the cartography that was being done in Europe at the time,” according to the University of Seville’s Manuel Morato. His map of the town of Tlacotalpa, in particular, is “a splendid example of early coastal mapping in America,” Morato says, and, as he writes in a paper published in The Cartographic Journal, it bears a “striking resemblance” to modern maps of the same place.

The maps that the Spanish government had requested were part of a larger survey project, the Relaciones Geográficas. Towns across the colonies received a 50-question form asking for details about local place names, geography, languages, resources, plants, religions, and more. Along with the survey, local leaders were expected to send back maps.

Most places didn’t have en experienced cartographer to rely on, and many of the collected maps were made by local artists. Few encoded any real geographic data. They usually lacked proper scale, and distances were based on guesses rather than measurements. So when Gali passed through Tlacotalpa, the mayor must have seen an opportunity. Here was someone with the skills to make a proper map.

Gali himself is a little bit of a mystery man. “Francisco Gali is an enigmatic and versatile character,” says Morato. He’s most famous now for finding a route to the Philippines, but that discovery was still three years off. His past is also a little vague. “Nothing is known about his time in Seville, how he was trained as a mariner, nor, mostly importantly, how he acquired skills as a cartographer,” writes Morato in the paper. He’s the sort of shrouded historical figure who gets credit for accomplishments that may or may not be his: Some sources trace his background to a family of Sevillian master builders, or credit him with creating the layout of Tlacotapla. There’s no real evidence to back those claims, Morato writes, but Gali definitely knew how to draw a nautical map.

Gali may have had only limited time to help these coastal mayors with their Relaciones Geográficas assignment, but in Tlacotapla he traveled around, measuring altitudes, geographic coordinates for key places, and the depth of water at certain sites. In the mayor’s report back to the crown, he describes Gali as “a person who has walked and probed all heights and parts contained herein.” The map he created is about 17 inches by 12 inches, and Gali cut the top part to make it resemble a map made on animal skin.

One of the rare details that Gali included in his work is the latitudes of ten locations represented on the map. “I was curious to see if the map was drawn using those geographic coordinates and know the accuracy of that data,” says Morato. So the researcher scanned, layered, and recreated the 16th-century map with a modern mapping tool, and compared it to a current representation of the same area.

Gali’s map wasn’t perfect. His measurements were a little off, sometimes by more than a degree. That error, Morato thinks, may be attributable to a problem with his instrument. As a successful mariner, Gali should have known how to take latitudes accurately. The details on the coast are better documented than the details inland, and the distances between places are longer than they should be. But for a 16th-century map, Morato says, the accuracy here is “more than acceptable.” In some places, the coastline on the map is almost identical to the present representations of the coastline and, in many ways, “the images are practically the same.”

What It's Like to Ride Japan's Cat Café Train