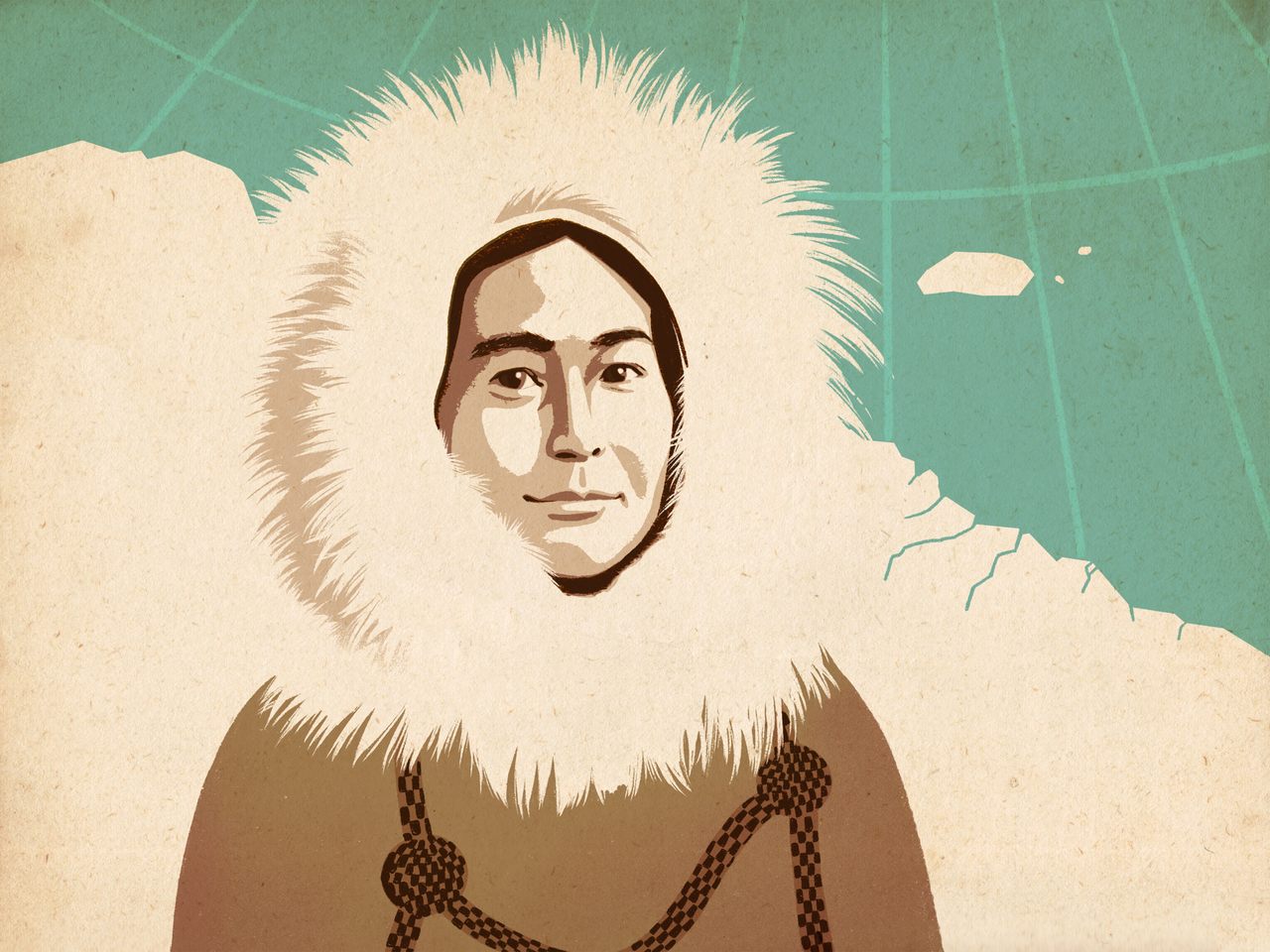 Ada Blackjack was a small Inupiaq woman born in an Alaskan settlement in 1898. History has not said much about her. But when we remember her, it’s usually in comparison to white men. The “female Robinson Crusoe,” as her rescuers called her. “An unlikely Arctic heroine,” others have said.

Blackjack’s nephew described her without drawing such parallels: “Her story truly speaks of the will and spirit to survive against all odds.”

She was educated by Methodist missionaries who taught her to cook and sew. As a single mother, Blackjack tried to support herself with those skills, but money in the hardscrabble north was scarce and she had to place her only son in an orphanage. Desperate to get him back, she joined an expedition that promised a fortune — $50 in monthly wages. She was hired as a seamstress and joined a ragtag crew of Canadian explorers who set out in 1921 to claim Wrangel Island in the northern Arctic for the British.

Such expeditions often included Inuit crew who rarely received credit for their roles. But no other Inuit people showed up for this ill-fated journey. Blackjack had doubts, too, but she needed the money for her son.

After reaching the barren, 2,800-square-mile island, the five-person team lived off walrus stews and boiled blubber for a year. But game dwindled with the summer, and their expected re-supply ship never came. Soon, one crewman became deathly ill. The three others left him in Blackjack’s care and set out towards Siberia for help. They were never found.

For six months, Blackjack tended to her patient. She heated sand to warm his feet every day and emptied his bedpan. He yelled abuse at her in return. Still, she wept when he died. “For two months I was alone on the island,” she said later. “It was hard.”

The missionaries hadn’t taught her any wilderness skills. But she’d made up her mind to live and resolved that her son must not be raised by another woman. So, through sheer force of will and rogue determination, Blackjack taught herself to survive the cruel Arctic wild.

She collected snow for drinking water and chopped driftwood for fire. Lining up empty cans for practice, she learned to shoot a rifle and hunted seals and geese. She trapped foxes and scraped sealskins to make herself boots and a parka. She built a lightweight hunting boat with animal hide, drawing from memories of Inuit craftsmen she’d seen as a child. But the boat was blown out to sea one night. Depressed, she stayed in bed for a day. Perhaps she contemplated giving up. But then, she got up and built a second boat.

When Blackjack was finally rescued, she had braved the tundra for 703 days — 57 of them alone. Back home, she only received part of the money she was promised and some published accounts accused her of neglecting — even killing — the crewman she tended. But she managed to reunite with her son and retreated from public life until her death in 1983. For all those years, Blackjack braved unchartered paths, continuing to herd reindeer, trap wildlife and pick berries to survive — against all odds.