Hisako Koyama: The Astronomer who Left Her Mark on the Sun - Atlas Obscura
Want to see fewer ads? Become a Member. 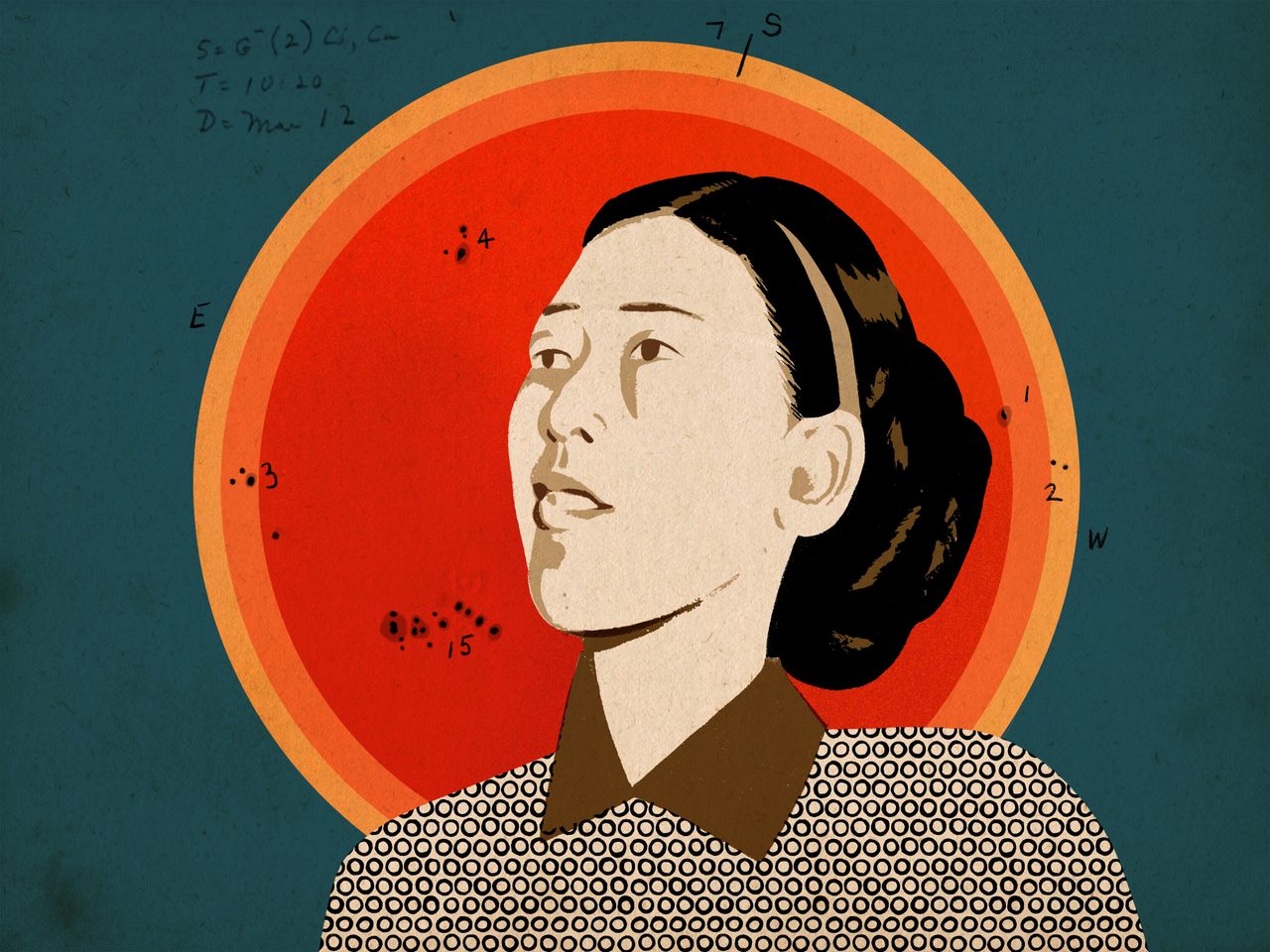 While sirens blared and enemy planes dove overhead, Hisako Koyama hid under her futon, holding a small flashlight over her variable star charts. During air raids, the city of Tokyo turned off its lights, leaving only clear, dark skies above—exactly what the young astronomer needed to observe the heavens.

As World War II raged, and guided by a path lit by a rogue spirit deep within, Koyama made her first forays into the work that would captivate her all her life. Initially, she wanted to study the moon. But her telescope wasn’t strong enough, so she turned her eye to the sun. She used her telescope as a pinhole camera, projecting the sun’s image onto paper so she could sketch the sunspots. The self-trained amateur astronomer noted the times, locations, sizes and shapes of the spots—transient regions that appear and disappear on the surface of the sun.

Koyama wasn’t alone in her fascination with these astronomical marvels; early records show that Chinese astronomers have been observing them since at least 364 BCE. But she may have been unique in her single-minded dedication. Initially, she sketched, studied and drew her observations on her own, tracking sunspots’ cyclical appearances, which are correlated to magnetic activity like solar flares and coronal mass ejections. Her sketches featured two concentric circles, with sunspot clusters drawn out like islands.

Sunspots give off less light than their surroundings; that disparity with the surface of the sun is what allows them to be seen from earth. They last days, weeks or months, and range in size from 10 miles to 100,000 miles. These details aren’t just curiosities: Recording them provides crucial insight into the moods and vicissitudes of the sun, even allowing astronomers to predict its future.

Koyama’s commitment to tracking sunspots consistently over time eventually earned her a job at the Tokyo Science Museum (now called the National Museum of Nature and Science)—despite her gender and her lack of formal training. For 40 years, she sketched sunspots every day she went to work, weather permitting. By the time she retired in 1981, she had produced more than 10,000 drawings, featuring more than 8,000 unique sunspot groups.

Koyama’s output is unparalleled, and the scientific world finally has taken notice of this tenacious rogue. A team of scientists is rebuilding the sunspot record back to 1610, using her work as one of the backbones of its research. The quality and consistency of Koyama’s observations allow the scientists to normalize all other observations against it, helping them learn more about what sunspots portend.

Clearly, Koyama never doubted the value of her observations. She labored diligently, looking up to the heavens and down to her notebook, documenting the passing of time and the face of the sun to improve our planet’s understanding of its most-important celestial neighbor.