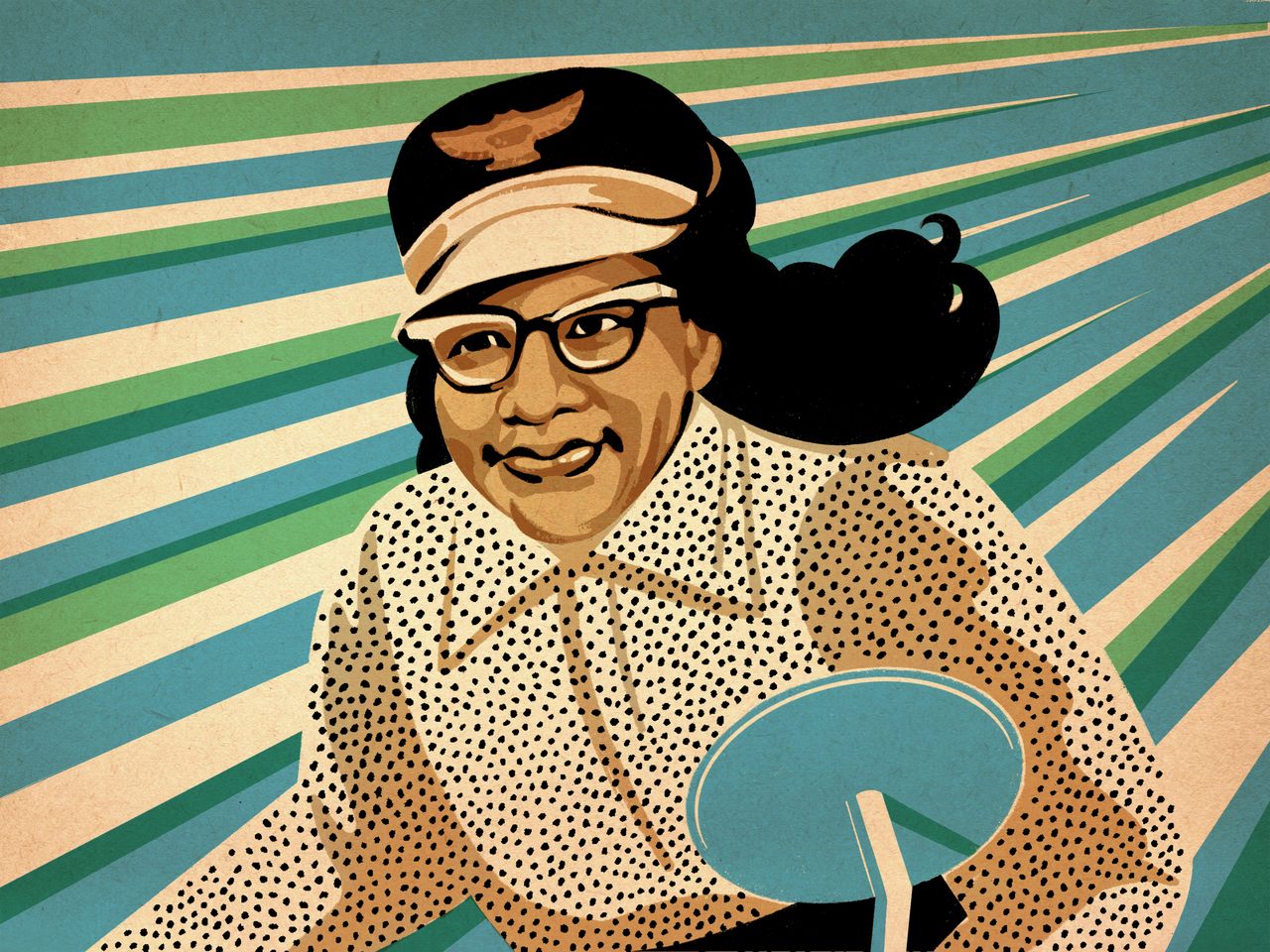 Carnival audiences in the first half of the 20th century gathered around the Wall of Death to watch the fearless Bessie Stringfield ride her Harley-Davidson up its cylindrical wooden walls. Stringfield would take off at high speeds, riding practically on her side, round and round the silo-shaped contraption while spectators held their breath. But death-defying tricks were nothing for the fearless rogue who would one day become known as the “Motorcycle Queen of Miami.”

Stringfield had begun riding motorcycles as a teenager, on a bike she borrowed from a neighbor. When she turned 16, her mother gave her an Indian Scout. She’d later opt for a Harley-Davidson and would go on to own 27 bikes over her lifetime. In one photo, she stands confidently under a palm tree, her baby-blue button-down shirt tucked neatly into spotless white pants, tucked into baby-blue cowboy boots, perfectly complementing the gleaming navy bike behind her.

Stringfield didn’t just do legendary things, like riding alone across the United States eight times. She also participated in making herself legendary. Her obituary in the New York Times describes her as a “masterful storyteller” who told tales of a poverty-stricken childhood and a triumphant adulthood in which she outwitted or befriended those who would do her wrong. In the Jim Crow South, there was no shortage of those who’d be threatened by—and potentially violent toward—a Black woman riding a Harley alone. Stringfield often had to find accommodations with Black families she met along her travels, other times sleeping under the stars on her bike, camped out near gas stations.

Stringfield’s legend even extends to World War II, where the story goes that she served as a civilian motorcycle dispatch rider, ferrying documents between domestic army bases as the only woman in her unit. She was reportedly married six times, and her last name is that of her third husband. When they were divorcing, she said, “He asked me to keep his name because I’d made it famous!”

Even in the latter part of her life, Stringfield managed to make an ordinary existence into something extraordinary—defying the unexpected and fueled by rogue strength. She settled down in Miami, where she became a certified nursing assistant and founded the Iron Horse Motorcycle Club. Bea Hines, a reporter from the Miami Herald who profiled Stringfield in 1981, noted that the Motorcycle Queen led an annual motorcycle parade in which all the other participants were men. “I can remember being in awe of this beautiful Black woman with this big bushy hair under her helmet,” she said. It was signature Bessie: Way out front, looking sharp, and breaking expectations.