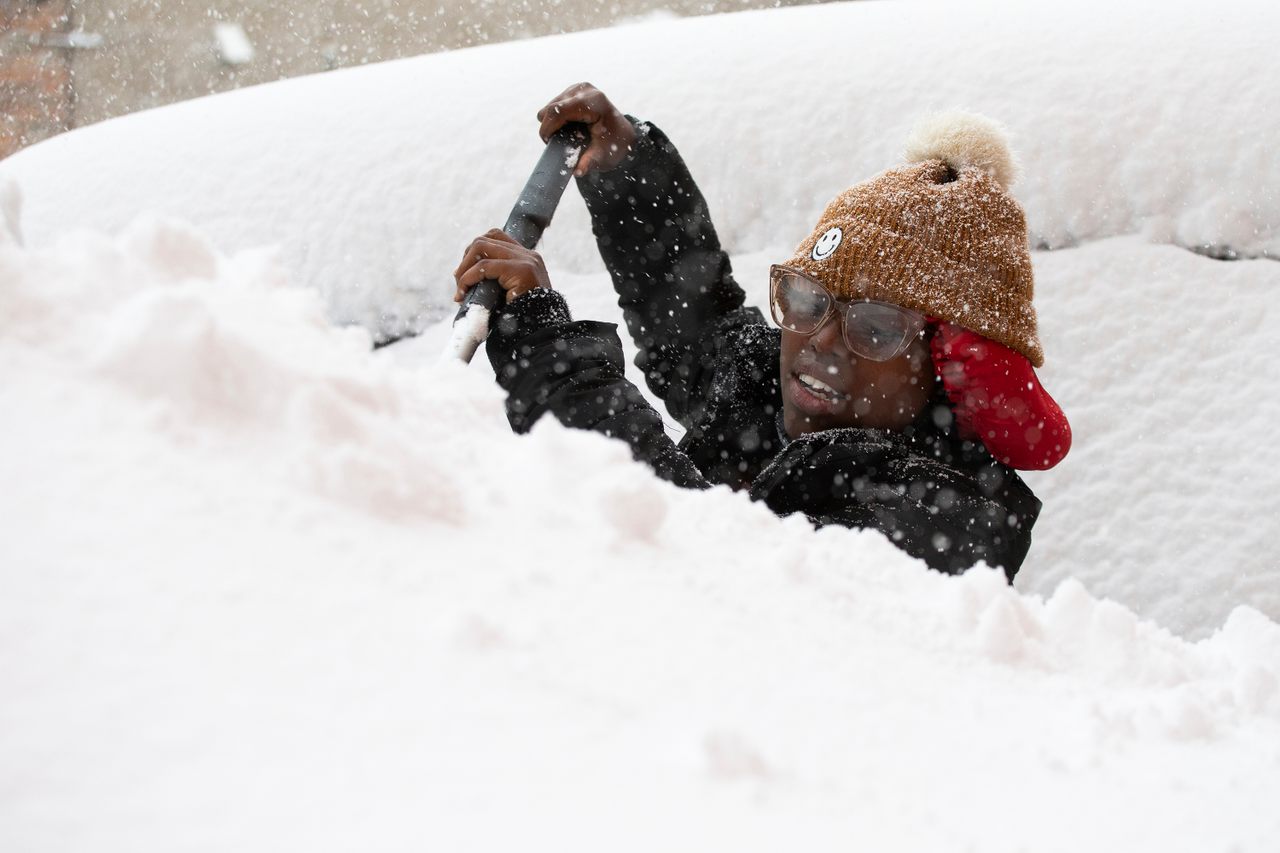 Parts of the Buffalo area saw more than 6 feet of snow over three days in November 2022. AP Photo/Joshua Bessex/Courtesy The Conversation
In This Story
Destination Guide

It’s hard for most people to imagine six feet of snow in one storm, like the Buffalo area saw over the weekend, but such extreme snowfall events occasionally happen along the eastern edges of the Great Lakes. The phenomenon is called “lake-effect snow,” and the lakes play a crucial role. It starts with cold, dry air from Canada. As the bitter cold air sweeps across the relatively warmer Great Lakes, it sucks up more and more moisture that falls as snow.

I’m a climate scientist at UMass Amherst. In the Climate Dynamics course I teach, students often ask how cold, dry air can lead to heavy snowfall. Here’s how that happens. Lake-effect snow is strongly influenced by the differences between the amount of heat and moisture at the lake surface and in the air a few thousand feet above it.

A big contrast creates conditions that help to suck water up from the lake, and thus more snowfall. A difference of 25 degrees Fahrenheit (14 Celsius) or more creates an environment that can fuel heavy snows. This often happens in late fall, when lake water is still warm from summer and cold air starts sweeping down from Canada. More moderate lake-effect snows occur every fall under less extreme thermal contrasts.

The wind’s path over the lakes is important. The further cold air travels over the lake surface, the more moisture is evaporated from the lake. A long “fetch”—the distance over water—often results in more lake-effect snow than a shorter one. Imagine a wind out of the west that is perfectly aligned so it blows over the entire 241-mile length of Lake Erie. That’s close to what Buffalo was experiencing during the storm that started Nov. 17, 2022.

Once the snow reaches land, elevation contributes an additional effect. Land that slopes up from the lake increases lift in the atmosphere, enhancing snowfall rates. This mechanism is termed “orographic effect.” The Tug Hill plateau, located between Lake Ontario and the Adirondacks in western New York, is well known for its impressive snowfall totals. In a typical year, annual snowfall in the “lee,” or downwind, of the Great Lakes approaches 200 inches in some places.

Residents in places like Buffalo are keenly aware of the phenomenon. In 2014, some parts of the region received upwards of 6 feet of snowfall during an epic lake-effect event Nov. 17-19. The weight of the snow collapsed hundreds of roofs and led to over a dozen deaths.

Lake-effect snowfall in the Buffalo area is typically confined to a narrow region where the wind is coming straight off the lake. Drivers on Interstate 90 often go from sunny skies to a blizzard and back to sunny skies over a distance of 30-40 miles.

Is climate change playing a role in the lake-effect snow machine? To an extent. Fall has warmed across the upper Midwest. Ice prevents lake water from evaporating into the air, and it is forming later than in the past. Warmer summer air has led to warmer lake temperature into fall. Models predict that with additional warming, more lake-effect snow will occur. But over time, the warming will lead to more of the precipitation falling as lake-effect rain, which already occurs in early fall, rather than snow.

Michael A. Rawlins is associate director of the Climate System Research Center at UMass Amherst.

How to appreciate ice without getting all that cold, with the Atlas Obscura Places Team.
science

When a winter storm wallops a region, an army of volunteers springs into action—but exact totals can be tricky.
science

A different process than evaporation, sublimation turns snow and ice directly into a gas.
Video • PinDrop