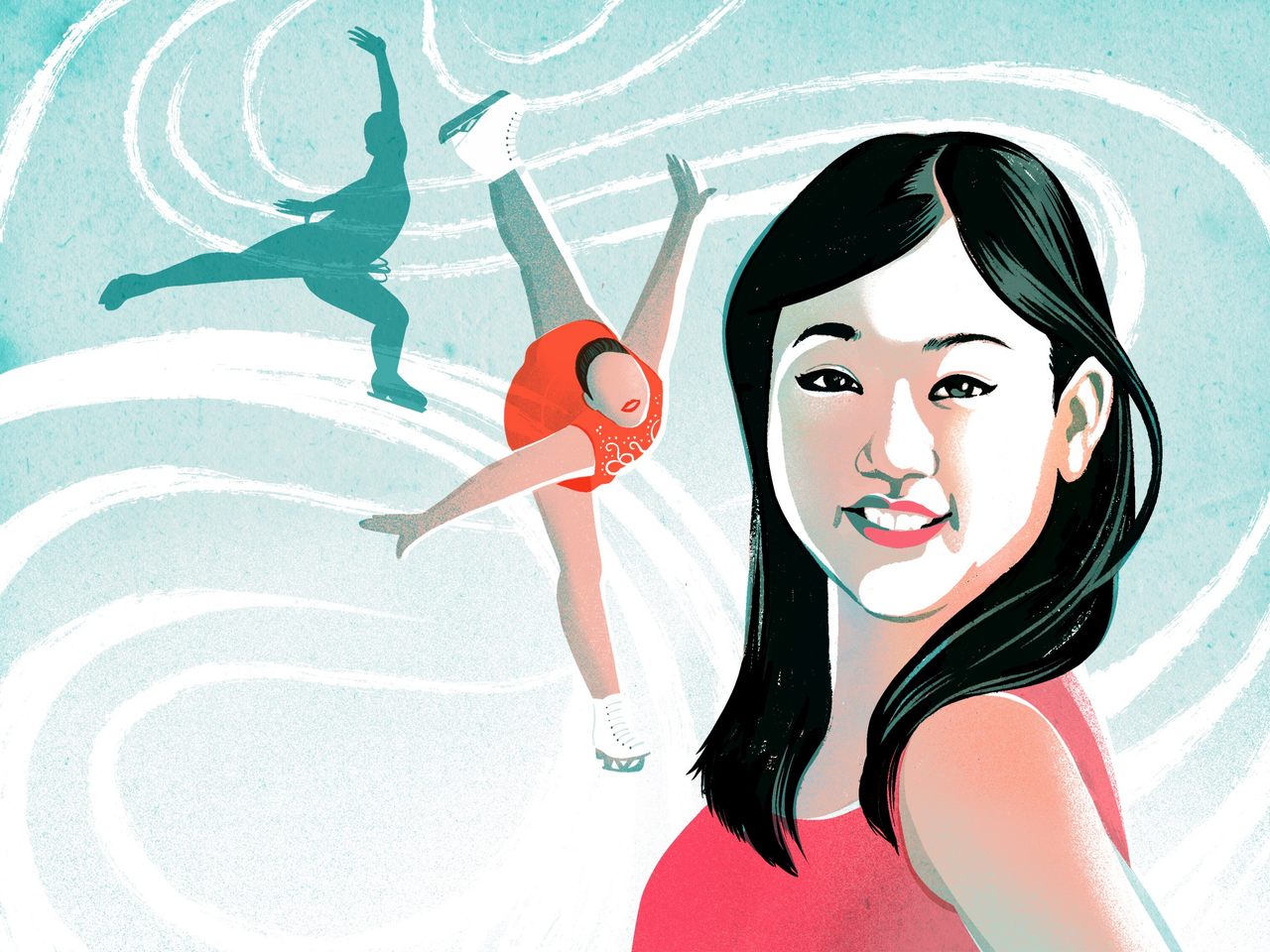 Female figure skaters aren’t really expected to be able to do triple axels. Especially not older ones—in Olympic parlance, that means older than 20.

Mirai Nagasu did both, nailing the jump in competition at 24 during the 2018 Winter Olympics in Pyeongchang, South Korea. She was the first American woman to land a triple axel in the Olympic Games—and only the third woman to do it, period. The feat helped the U.S. team to a bronze-medal finish.

“I like to think my end goal wasn’t always the traditional route,” she said.

Nagasu’s been forging her own path since she was just 5.

“My parents used to take me golfing every day because that was the career they wanted me to have,” she wrote. “They took me ice skating one day because we couldn’t go golfing due to the rain, and after that, I kept asking to be taken to the skating rink.”

Her rogue ambition paid off in accolades, beginning with a host of Four Continents and ISU World Junior Championship medals and ending with two World Championship (2010 and 2016) and two Olympic appearances (2010 and 2018) each.

And unlike other elite athletes who’ve traded childhood for training, Nagasu got there the hard way, attending public school by day and helping her immigrant parents in their sushi restaurant by night.

“They really taught me to work for what I want,” she said.

That lesson was put to the test in 2014, when despite taking third at the U.S. Figure Skating Championships, Nagasu was passed over for the Olympic team in favor of fourth-place finisher Ashley Wagner.

Some athletes might have unlaced their skates for good at that point. Instead, Nagasu got a new coach and learned the triple axel.

“I had to off-road with all-wheel drive,” she explained, describing how she left the standard path behind. “I realized if I really, really want something and I’m OK with rejection, sometimes the stars align.”

But there’s a reason only two women had ever landed the triple axel in competition. The move calls for 3.5 rotations before landing, which requires enormous strength and body control. It was thought that women lacked the leg strength to jump with enough power—and that their wider chests and hips made it near impossible to contract tightly enough to get the right spin.

After two years under his tutelage—spent adjusting her technique and drilling the move alongside male champion skaters—she debuted her new skill with two slightly over-rotated attempts in the U.S. National Championships.

By the time she tried it on Olympic ice in 2018, she’d perfected it—a feat she might never have accomplished if she hadn’t first tasted failure.

Four years later, she became the first U.S. woman to return to the Games after missing the prior edition. And she arrived with the triple axel in tow.

With her skating career behind her, Nagasu is still blazing new trails today. She recently graduated from the University of Colorado Colorado Springs with a degree in business administration and looks forward to continuing her studies at Dartmouth College.

But don’t expect her to stop there.

“When I’m 80, I’ll be that person who picks up a new hobby and becomes a Formula One racer,” she said, joking.

Only time will tell.