Photographing a Stormy Sea in All Its Mythic Glory - Atlas Obscura
Want to see fewer ads? Become a Member. 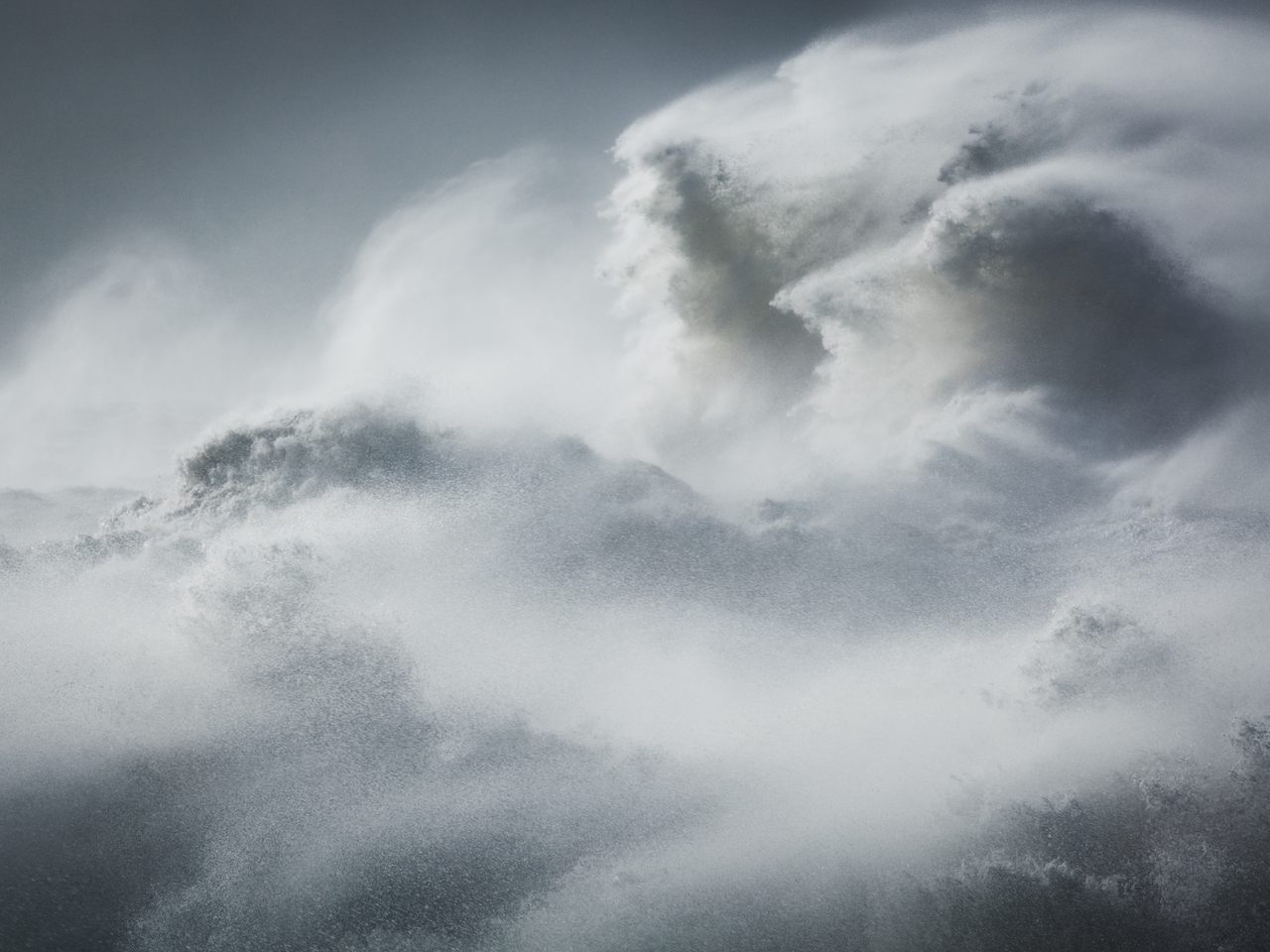 On February 7, 2016, Storm Imogen rolled in from the English Channel and onto the coast of Southern England. The Met Office, the U.K.’s national weather service, had already issued flood warnings. Ferry operators began to cancel services and the highway authority warned drivers about possible road closures. But photographer Rachael Talibart prepared a little differently. As the storm hit, Talibart set up her camera on Newhaven Beach, East Sussex, and trained her lens on the turbulent sea.

Talibart had spent the winter waiting for the perfect conditions, and finally they’d arrived. She photographed violently churning waves, water whipped by gale-force winds, and giant swells. The images that Storm Imogen helped create marked the beginning of Sirens, a series of big wave photographs that has now been turned into a book. The title of both the book and the images are drawn from myths and legends, particularly the Sirens of Greek mythology who lured sailors to their death.

Talibart has been enchanted by the sea for most of her life. “I grew up by the coast and a large part of my childhood was spent at sea. I used to pass long hours on deck by imagining landscapes and creatures in the waves,” she says. “Later, I studied Homer’s Odyssey and loved all those stories about sea monsters and gods. These influences have come together in Sirens.”

From Storm Imogen, she has Hydra, tumbling crests of crashing water, named after the multi-headed sea serpent from Greek mythology. Kraken, named for the Norwegian sea monster, depicts churning, white-capped seas under thunderous skies. And Mishipeshu Roars, after the Native American sea panther mishipeshu, shows waves surging high across a sea wall and exploding into the air, like two claws reaching toward clouds.

“I like to depict subjects so that they look different from how we may normally see them,” Talibart explains. “Using very fast shutter speeds, I have frozen the motion of the waves at a moment that makes them seem to have a character of their own.”

Some of Talibart’s photos include elements of the built environment—a sea wall, a distant lighthouse, a tilting ferry—which emphasize the uncompromising nature of a stormy ocean. These images remind us this is not a domain for humans, something Talibart is conscious of every time she shoots.

“I am wary of the sea’s power. I have retrained myself to shoot with my left eye so I can see the waves coming with my right eye,” she says. “The number of photographers appearing on Newhaven Beach during storms has increased greatly since I started to publish my photographs and some even boast about getting dangerously close to the sea. This is irresponsible. I use a 70-200mm lens and always maintain a safe distance. With practice and vision, it is possible to use composition and point of view to capture the scale of these monstrous waves rather than putting oneself in danger or, worse, encouraging others to do so.”

Talibart also tries to study the restless sea. “Going back to locations repeatedly really helps me improve my photography. After innumerable visits, I know my storm beach very well and I know exactly the right combination of conditions for the shots I want,” she says. “If I see a promising combination of forecast and tide, I’ll get there as early as possible, usually pre-dawn, and shoot until the sea calms or the light fails. Sometimes, I can be on the beach all day.”

Talibart’s dedication has paid off. In addition to the book, her Sirens series has been shortlisted for the 2018 Sony World Photography Awards. Yet she still maintains an essential respect for her turbulent muse. “During the storms that produced my Sirens, the sea was simultaneously beautiful and terrifying; I felt very small and humbled but in a good way,” she says. “Working very much in the tradition of the ‘sublime’ in art, I want to convey the awe and exhilaration of being confronted by the ocean in its most tempestuous moods.”

Atlas Obscura has a selection of images from Sirens.

A Stationery Accessory Straight From the Middle Ages

If you're going to seal your letters with wax, you'd best use a desktop candle furnace.
stormsoceansvisualphotographynature

A satellite captures the stunning effects of heavy rain and high winds on a landscape that—coincidentally—is used to calibrate satellites.
nature

Photographing the Unbridled Power of a Supercell Storm

Nature at its most tempestuous.
nature

No one was sure about the size of these almost-mythical wildlife events—until we got it all on camera.
Video • PinDrop