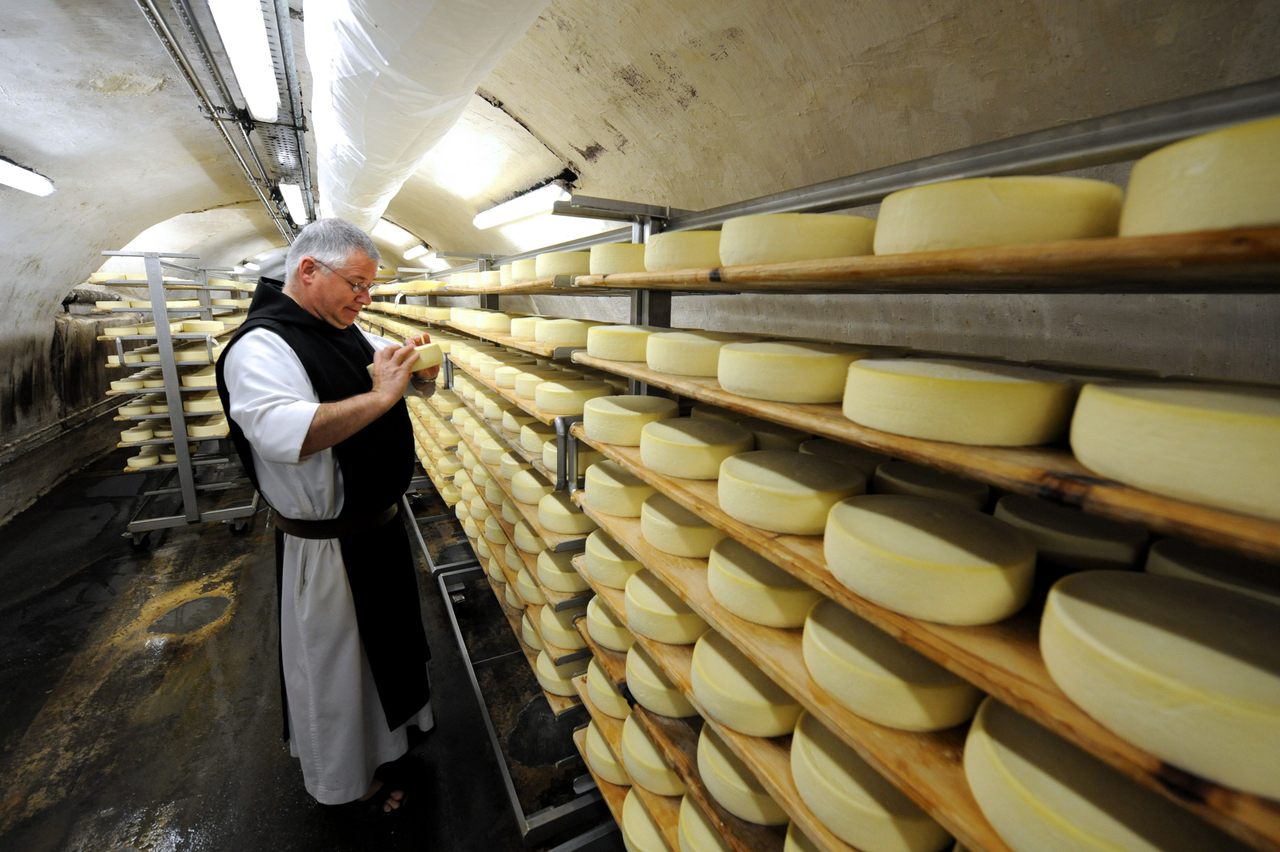 An all-female order shares an ancient culinary art with visitors at their mountaintop monastery.
Place

This peaceful Sikh gurudwara serves around 50,000 free meals every day within its gilded walls.

This article is adapted from the December 11, 2021, edition of Gastro Obscura’s Favorite Things newsletter. You can sign up here.

When you work at Gastro Obscura, you get excited about some pretty niche topics.

Obscure livestock? Yes, tell me more about this endangered, fuzzy pig. Someone is rescuing a forgotten fruit? That’s our jam. Archaeologists recovering amphorae of wine from ancient shipwrecks? Hell yeah.

But there is one category that consistently delights me: how monks, nuns, and other members of religious orders sell or share their heavenly food and drink.

For years, Gastro Obscura has catalogued their creations (a jam made from ube, a digestif made from 130 different plants) and their locations (an Ethiopian church that makes holy honey, a Japanese “grape temple”).

Today, we explore three reasons why religious orders develop monastery foods, and the secret, sacred sauce behind their appeal.

For four decades, the nuns of New Skete have sold cheesecake made at their upstate New York monastery. Available onsite or online, they come in flavors ranging from raspberry ripple to Kahlua.

They’re worth the trip (the property is beautiful), or the $50 price tag for online orders. Gastro Obscura readers describe them as rich, creamy, and good enough to “make your eyes roll back into your head.”

For the nuns, their cheesecake operation is essentially a year-round bake sale. Its profits fund their lives of religious devotion, in line with the monastic ethos of self-reliance and practical work.

Every day at Sri Harmandir Sahib, better known as the Golden Temple of Punjab, India, a small army of volunteers help make and serve 50,000 free meals to all comers.

This provision of free vegetarian meals, or langar, is a core tenet of the Sikh religion, and it occurs at temples, or gurdwaras, around the world. Sikhs are so skilled at mass-producing healthy food that gurdwara volunteers have become first responders, making meals for those displaced by fires, floods, and earthquakes.

This devotion to charity, shared across monastic orders and religious institutions, often produces simple fare, like the Golden Temple’s vegetarian daal and rotis. But simple does not mean bland. The same principle explains the link between Christian monks and beer, including Europe’s celebrated Trappist ales. During the Middle Ages, beer was seen as nourishing “liquid bread,” to be shared with travelers and the needy.

In Korea, both the pious and the curious go on pilgrimage to try the monastic cuisine of the Jinkwansa Temple within the mountains of Bukhansan National Park.

For many religious orders, meals reflect their spiritual values. This can produce plain fare, a humble expression of their vows of charity. (Not all monk-made food is wondrous and delightful!)

But at Jinkwansa and other Korean temples, strict Buddhist restrictions on chives, garlic, meat, and other ingredients has led, as constraints so often do, to creativity. The nuns of Jinkwansa view tending their farms and cooking their dishes as meditative. As a result, their hearty soups and dizzying array of ferments have received international acclaim.

A Kahlua cheesecake made by the nuns of New Skete sounds delicious. But I lived in Brooklyn for four years. With respect to the nuns, I probably had access to dozens, or hundreds, of equally amazing cheesecakes. So why do I obsess over ones made in a far-off convent?

Well, as any marketer might tell you, monks and nuns have a great story. The images of idyllic convent grounds. The romance of robe-clad devotees unwrapping cream cheese in meditative quiet. And the puns! Heavenly foods, sinful desserts, “nun is better.”

Their association with tradition helps too. Decades ago, many home cooks viewed processed, packaged foods (even Jell-O!) as clean, pure, and futuristic. Now the zeitgeist has shifted towards suspicion of big food companies. In contrast, the idea of monks and nuns following old recipes by hand is reassuring.

Most of all, I think monks and nuns benefit from the halo effect. I’m not making a pun here: This is a famous psychological finding.

In 2002, Daniel Kahneman won the Nobel Prize in Economics for his work cataloguing all the predictably bad ways in which humans make irrational decisions and leap to faulty conclusions. One of his first insights came when he was a young man in the Israeli military, where he was tasked with identifying soldiers with leadership potential.

His discovery? Army evaluators were biased. They assumed that charismatic soldiers who made good first impressions would also make great leaders. But they didn’t.

Even if you’re not religious, it’s easy to see something admirable about members of monastic orders who commit to lives of simplicity, discipline, and spiritual growth.

A lot of food made by monks is just okay. But I’m all too human. Show me a cake made by a disciplined, robe-clad monk or nun in the kitchen, and I’ll assume it’s heavenly.

Luckily, it often is.

One of the many traditional dances at the annual Jambay Lhakhang Drup involves performers in masks—and nothing else.
monks

The Fashion Photographer Who Became a Monastery Chef

The owner of Alcôa has devoted decades to recovering lost pastries.
Video • Wonder From Home