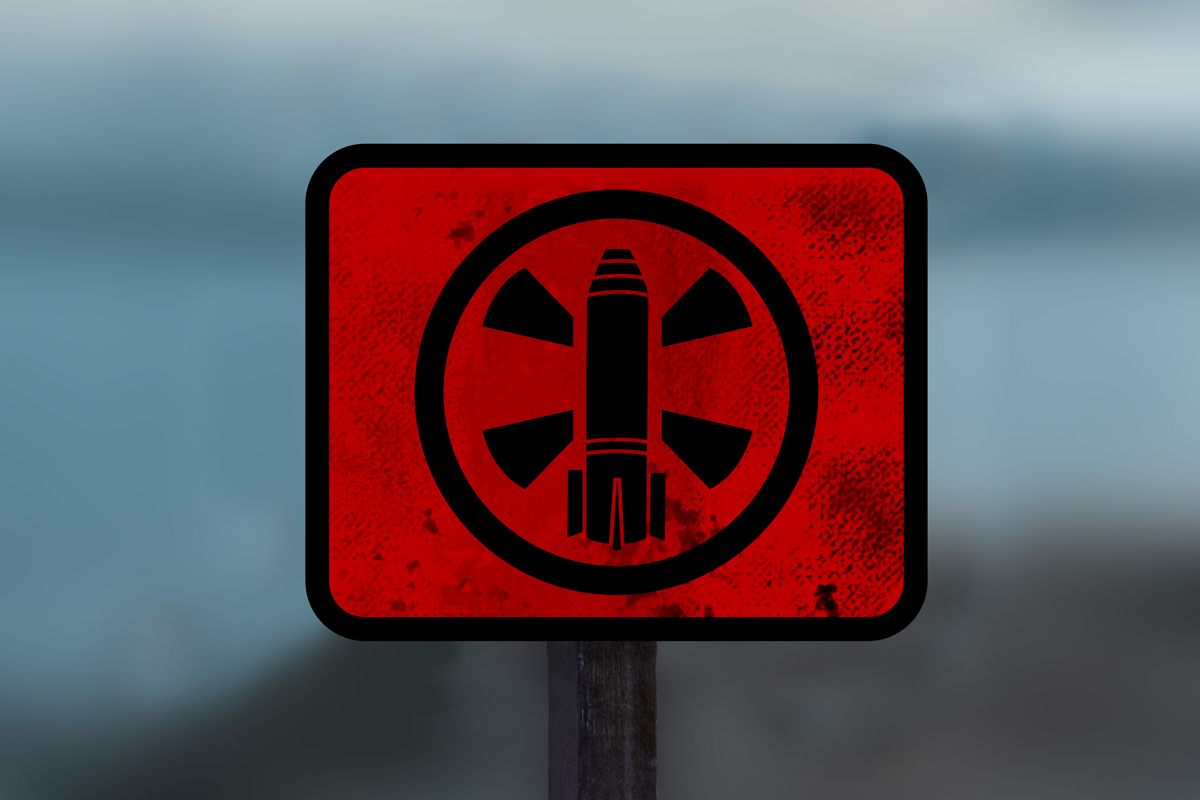 In April 2018, Atlas Obscura told the stories of five nuclear accidents that burst into public view. Check out the other articles in the series: The “demon core” that killed two scientists, what happens when a missile falls back into its silo, the bombs that fell on North Carolina, and the underground test that didn’t stay that way.

There are objects that will inevitably get lost: socks, hats, cheap headphones, attachments to households appliances. But some things you try harder to keep hold of: your wallet, your keys, America’s nuclear warheads.

It doesn’t always work out.

In 1956, for instance, a B-47 bomber was flying from Florida to an overseas base, with two nuclear cores on board. After meeting up with another plane to refuel, it disappeared. The U.S. military never found any trace of the plane, its crew, or the nuclear materials.

When the military does lose nuclear weapons, it’s rare that their location is so mysterious. More often, planes have jettisoned weapons during in-flight emergencies, for the safety of the crew, and the high explosives built into the bombs have gone off. (Conventional explosives set off a bomb’s nuclear reaction; in early designs, the radioactive cores of nuclear bombs were often kept separate, as a safety measure.) But on occasion the weapons do disappear.

Two years after the bomber went missing over the ocean, another B-47 was flying a simulated combat mission on the coast of Georgia, when a fighter plane collided with it. Both planes were damaged; the fighter pilot bailed out of his plane and landed in a nearby swamp. Before landing their busted plane, the crew of the B-47 dropped the nuclear weapon they were carrying into the water.

There was no explosion. But when the military searched the three-mile area around where the bomb was thought to land, they could find no trace of it. It’s thought that the weapon dove through about 15 or 20 feet of water and landed, nose-first, in the sandy bottom of the Wassaw Sound, near Georgia’s Tybee Island, a popular vacation spot.

It’s presumed to be there still, buried in the silt and sand. While a Congressional document from the 1960s indicates that the lost weapon had its plutonium core with it, the military says that it’s only a partial weapon. Even in that case, though, the lost warhead contains radioactive material: By the late 1950s, some weapons included a “secondary stage” of highly enriched uranium, meant to be set off by the initial reaction in the bomb’s core. The amount of uranium in this type of bomb isn’t publicly known.

Early in the 2000s, in response to local interest and Congressional prodding, a group of military agencies looked again for the bomb’s remains and considered what to do if they found it. The conclusion: Best to leave it in place. Unmoved, it should remain harmless; an attempt to remove it would put the clean-up crew in danger. If it did happen to go off by accident, “Even boats going over it would not even notice. They might see some bubbles coming out around them,” an Air Force representation told the Los Angeles Times.

Join us for a daily celebration of the world’s most wondrous, unexpected, even strange places.
secret

The free how-to dispels myths and minimizes the hazards of hunting and hoarding these special specimens.
Want to see fewer ads? Become a Member.
From Around the Web
THE GASTRO OBSCURA BOOK
Taste the World!
An eye-opening journey through the history, culture, and places of the culinary world. Order Now